Stepping out onto the new, 1200-square-foot deck of California Market at Pacific’s Edge restaurant at the Hyatt Carmel Highlands is a treat, especially at this time of year. The longer days mean that you can linger over cocktails and dishes from the restaurant’s stellar menu, enjoying them as the sun dips into the ocean. The air is just crisp enough to be refreshing, and the unobstructed, panoramic views of Big Sur’s craggy cliffs and the majestic Pacific below will take your breath away.

A century after Frank Devendorf founded the Highlands, an extensive renovation and a new, cutting-edge plant-based tasting menu reflect the Highlands’ continued appreciation of its history and location as well as a look forward to where the local food scene is moving.

The Highlands’ current owner, Florida-based Interval Leisure Group, calls the update a “rustic-coastal” remodel. Completed recently under the direction of general manager Mel Bettcher, the aim is to capitalize on the Highlands’ legendary views while—in keeping with the times—make the experience somewhat more casual and accessible. “Our goal is to have locals think of us as a place to relax and enjoy an evening or a meal—and not just for special occasions,” says Bastiaan de Winter, the Highlands’ food and beverage manager.

Bettcher echoes the sentiment, declaring the outdoor deck of the newly combined California Market and Pacific’s Edge restaurants one of his favorite places on the property. The deck, with its louvered roof and glass sides, allows diners to eat outside, enjoying unobstructed views of the Pacific while remaining protected from cool coastal weather. Exposed timber and metal straps that were used to reinforce the coastal cliffs are incorporated into the design elements. “The breathtaking view is uninhibited by any framing. You can see right through to the ocean. It’s a great place to watch for whales,” says Bettcher.

Inside, floor-to-ceiling windows also provide guests in the dining room with sweeping, unimpeded views, and a reconfiguration of the bar allows all patrons to look out over the ocean instead of sitting with their backs to it.

As part of the makeover, the new California Market at Pacific’s Edge has done away with its white tablecloths and formal tableware. In their place, new chargers resemble folded leaves; plates are rustic ceramic versus austere china; and the water glasses are made from recycled wine bottles in hues of blue and green.

From the Highlands’ earliest days, its food—including the bounty of fresh produce it could obtain from the immediate region—was an important part of what it offered to its guests.

Expanding on an approach established by previous chefs including Cal Stamenov and Matt Bolton, when current executive chef Chad Minton arrived two years ago from Andaz 5th Avenue in New York City, the Hyatt’s uber-chic flagship boutique hotel, he brought a goal of serving exquisite food made from locally grown or raised—and, when possible, organic—ingredients. “We have a responsibility to food trends and sensibilities,” Minton says. Embracing this philosophy of conscious cuisine, Minton and his team, which includes executive sous chef Alvaro Dalmau and sous chef Francisco “Pancho” Castellon, are committed to sourcing meats and poultry that are certified organic and naturally raised and purchasing seafood considered sustainable by Monterey Bay Aquarium’s Seafood Watch program. They also cultivate partnerships with local foragers and supporting organic farmers within a 100-mile radius of the property;

Taking the commitment to sustainable ingredients to a new level, last year Castellon developed a plant-based tasting menu that offers four courses that are just as exciting to omnivores as to vegetarians. The menu is particularly timely, as more and more trendsetting and sustainability-minded chefs and eaters around the country—particularly those in the millennial generation—come to the conclusion that truly sustainable eating requires eating less or even no meat or fish, due to the immense burden that meat production puts on water, land and other resources, and to the fact that 90% of global fish stocks have been exploited or depleted entirely.

When asked why he developed the tasting menu, Castellon—a vegetarian himself—explained, “There is such a lack of vegetarian options for diners. Often vegetarians only have the choice of a salad or side dishes. I don’t like ordering a salad when I go out to eat. I wanted to offer vegetarians a chance for a full menu.”

The plant-based menu includes terms such as “ceviche,” “cheese” and “steak”—but those are more conceptual than actual ingredients. The dishes are completely devoid of animal products. Not only is the menu plant based, it also is vegan and gluten free. And, at fifty dollars for four courses or eighty dollars with wine pairings, the plant-based menu is reasonable as well as responsible.

An example of the courses I tried was a maitake mushroom steak. Castellon prepares the foraged mushroom like a piece of meat, searing it, and will baste it with coconut oil if the diner is a vegan, or butter if the diner is a vegetarian. When I visited, he served the mushroom steak with confit potatoes, smoked cashew cream and asparagus, carefully garnished with hand-foraged nasturtium petals and leaves. The other courses on my visit included an heirloom cauliflower “ceviche” in a spicy tomatillo leche de tigre, the Peruvian term for a citrus-based marinade, and another featuring heirloom beets, avocado, quinoa, grapes and smoked cashew cheese dusted with wild fennel pollen that Castellon had foraged himself.

“You can get high quality abalone and seafood at nearly every restaurant here. But not many are showcasing our area’s bounty that’s just over there,” Castellon says, gesturing toward the striking landscape in which the Highlands is so deeply rooted. 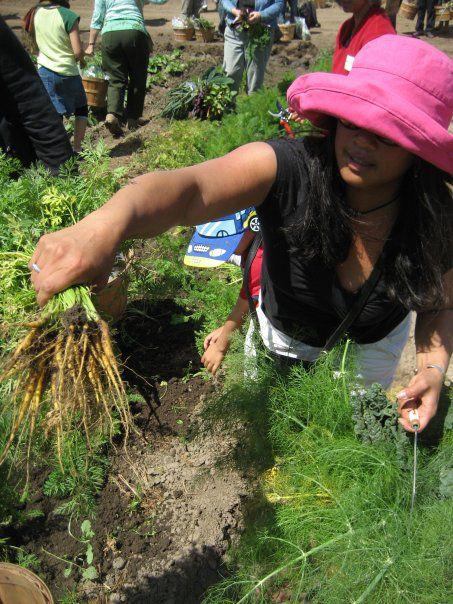