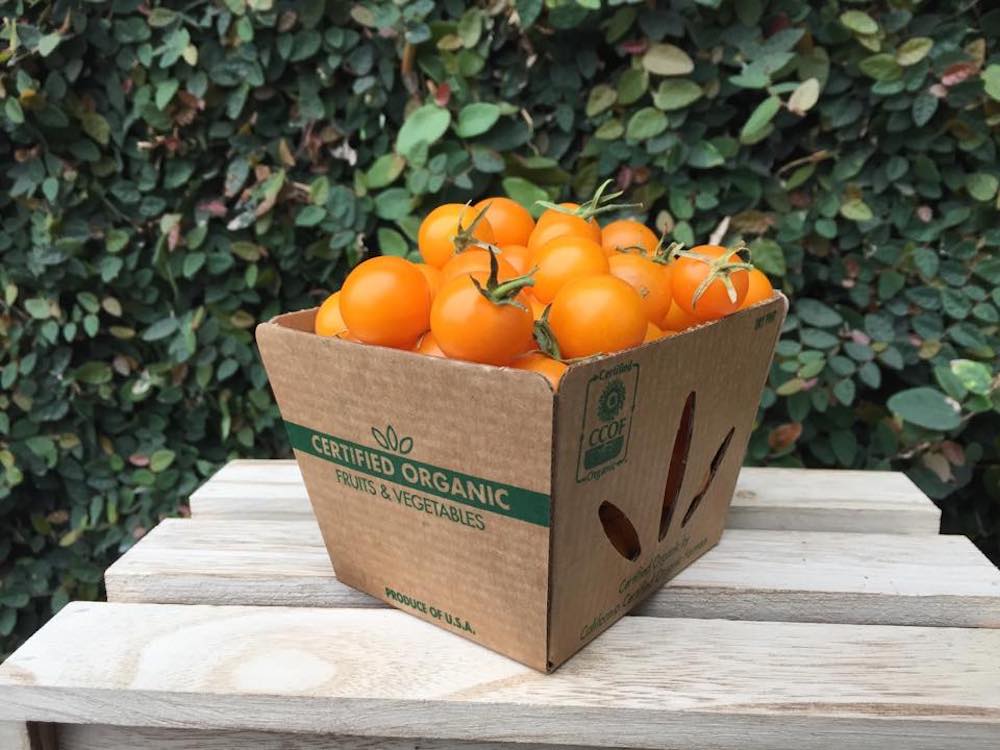 Truth be told, they already have. Several times. Which is what makes this tale of a company doing right—by its farming clients, grocery store shoppers and the planet—that much more intriguing, important and even ironic.

The first time Sambrailo changed the game was way back in the 1920s, before World War I or the Great Depression, when founder Charles Sambrailo got into creating containers to protect and ship produce.

Based in Watsonville, but helping deliver fresh fruits and vegetables across the Golden State of California and major agricultural regions of Mexico, he got his start with apples—building the now-iconic wooden boxes that collectors clamor for. He was the first to add paper to protect apples, then added new vessels—balsa wood baskets and paper pulp boxes among them—that allowed the growing family business to partner with row crop, berry and ornamental flower farmers. Attention to small details made for big business.

The second game changer came after Bill Sambrailo took the reins to the family business from his dad, when he came up with a way to let produce lovers see and carry what they were buying. The world’s first plastic “clamshell” container, born in the 1980s, provided vendors welcome visibility, convenience, stackability and defense against bruising. It was also emblematic of a family philosophy that fourth generation Director of IT and Innovation Eric Sambrailo describes as “continuing down the path of optimizing packaging to be nothing more than it has to be, and keeping all perspectives in mind.”

“Our Grandpa Bill loved to look at everything with a playful curiosity towards improvement,” Eric says. “It was with this mindset that he helped introduce plastic clamshells to fresh produce.”

The family hoped the new container would do well. They had no idea it would prove so popular that essentially the entire farming world would adopt it.

But that boom brought a shadow with it: Clamshell ubiquity was good for business, but single-use (i.e. disposable) plastic was, and remains, apocalyptic for the environment. Stats on that dip into depressing territory. Perhaps most daunting—and haunting—among those numbers: Thanks to human litter, plastics in the ocean that form gyres like the Pacific Garbage Patch, which is three times the size of France, will outweigh all the fish in the sea by 2050.

“With the understanding of the effects that single-use plastics have on the environment, and especially the ocean, we saw the importance of making a shift,” Eric says.

That inspired Sambrailo’s latest breakthrough, called ReadyCycle®, which is made from unwaxed paperboard, with no added adhesives, plastic components or labels. It replaces plastic with materials that are easily recycled or composted while still allowing for produce visibility and versatile functionality. Designed and produced in California, the boxes are created with 30% post-consumer recycled fiber, held together with food-grade adhesives and printed with vegetable-based inks that can cover the whole box with information about the brand. It’s completely biodegradable, and also 100% recyclable.

In other words, it changes the game.

For Kiersten Sambrailo Clontz, a member of the family’s fourth generation to work in the business, that’s the most fulfilling, and thrilling, part of her role as strategic account manager.

“I feel most alive on the job when collaborating and working with the team to help customers find solutions to their wants and needs,” she says.

In this case, several types of customers wanted non-plastic packaging: The person farming the produce, the vendors stocking that produce and consumers shopping for produce.

Eric understands there is some irony that pioneers in plastic are now leading a mindful response against it. But he believes there’s a through-line there too.

“While ReadyCycle® may appear to be a movement in the opposite direction, I actually see it as an extension of Grandpa’s mindset,” he says. “Back then it was an improvement in efficiency he was after. We have since come to realize the environmental side effects, since we are always keeping all perspectives in mind in this exploration—and also understand that progress is never a straight line. I think he would be proud to see that we are still carrying on his problem-solving approach.”

Sara Lozano has worked nearly a decade with Sambrailo, in various roles ranging from quality assurance to her current post as manager of marketing and product development. She says the team identified the desire for a non-polluting product as early as 2015.

“We started to say, ‘It’s time for us to look at the next evolution of packaging, let’s provide an alternative and see how it goes,’” she recalls. “Our clients were asking for it, and we were eager to pioneer it like we did with the plastic clamshell. Plastics aren’t going to go away overnight. But the shift is there. The demand is there.”

The motivations came from observing the market, but also from a personal place.

“As a fairly new mother, my view has shifted from being absorbed in the present, to thinking about how my choices impact the future,” Kiersten says. “It is important to make positive changes now, that will last for generations to come. If we can inspire more consumers to demand change, we can collectively make a difference. Every consumer counts. Every demand for change can create a wave of positive impact.”

Eric echoes the importance of empowering individuals. “As consumers, we have the power to drive the change we want to see by choosing better alternatives,” he says, “even if it comes with making little sacrifices.”

Those sacrifices speak to the primary challenge of the ReadyCycle shift: buy-in, literal and figurative.

The nice thing about that enthusiasm: It will ultimately affect the bottom line.

“The more people ask for it, the more the price will become more and more affordable,” Lozano says.

Meanwhile, Sambrailo remains a family packaging company. But at its core, it remains a game changer, which means the improvements will keep coming.