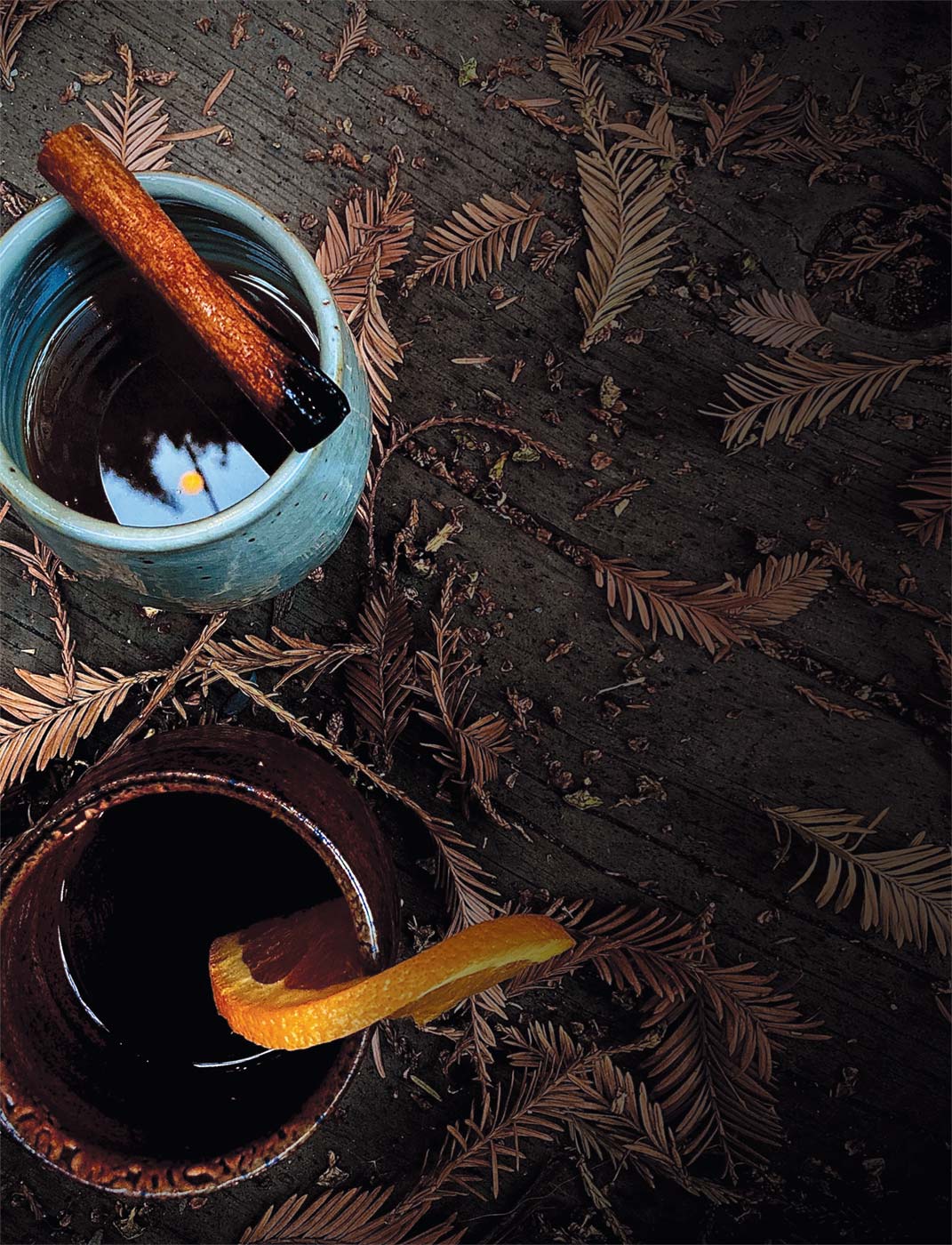 Let’s drink to the end of an extraordinary year

In the wake of fires, we gather again outside, cupping steaming mugs in our palms. We call this hot, smoky cocktail After The Fire to commemorate the events of the past year. It boasts apples for sweetness, charred cinnamon sticks for flavor and flair. Ginger, peppercorns and spicy red pepper flakes add heat that warms but does not burn. Orange and allspice round out the warming notes. The pectin-rich orange peels contribute a hint of bitterness and a silky mouthfeel. A peaty scotch is the preferred spirit, with its smooth notes of smoke and fire mellowed with age. Mezcal works a different, related magic, for those whose spirits preferences lean southward. Raise a glass to smoke and fire, in all their forms, to honor both the destruction and regeneration that follows.

Add 2 orange quarters to the juice, peel and all. Bring to a boil, then reduce heat and simmer for 20 minutes.

Meanwhile, add 1½ ounces of scotch or mezcal to each mug.

Using a strainer, pour the hot cider into the mugs, distributing equally between the two. (You may have a bit of cider left over and can add the strained solids back into the pan to bulk up for the next round).

Garnish with a thin orange slice and/or a cinnamon stick.

Amber Turpin and Jessica Tunis live with their respective families in the green folds of the Santa Cruz Mountains. They share a love of food and writing, adventure and good company. Their collaborations on these pages are a natural extension of many good times spent together, gathered in kitchens and backyards near and far.