New brewers on the block: Clockwise from upper left, owners Chris Baca and Jared Truby  with their
roaster; Truby with, from left, Dan Garsha and Jason Ferrall; and Ferrall making espresso.
Photos lower left and upper right by Jenn Chen, others courtesy of Cat & Cloud

Meticulously sourced, roasted, brewed and presented coffee is paramount for Cat & Cloud, a new micro-roastery and coffee shop in the Pleasure Point area of Santa Cruz. But when you talk with the three owners—Chris Baca, Jared Truby and Charles Jack—it becomes clear that people are almost as important as the coffee.

This is demonstrated by the eclectic and diverse crew working at Cat & Cloud, chosen from a pool of 70 applicants in, what Baca describes as, “a values-based and behavioral-based interviewing method.”

The strategy found “diamonds in the rough,” not necessarily the typical coffeehouse staff one might expect. “We look for people who align with our values,” he explains, meaning not just someone who can foam milk.

Those values are connection, community, education, integrity, kindness and, of course, respect for the almighty coffee bean. All of that goes in both directions, and the company gives back to its employees in very unusual ways. “We really believe that they are the only way we can be successful. If we don’t take care of our employees and support them, then we can’t make it,” says Jack.

Proof is in the company’s generous benefits program, which includes four weeks’ paid time off for all full-time staff members. “Being able to have those reset moments is super rare in the service industry,” says Baca.

There is also monthly profit sharing and everyone on staff gets to throw their name into a hat for the chance to tag along on trade shows, competitions and even global coffee-buying trips, creating a deeper level of education and life investment. To top it off, all employees get a health care allowance each month. “We don’t hear about many people doing that, and I think we need to raise the bar,” says Jack.

The three friends have set a pretty high bar themselves within the specialty coffee community. All of them have deep history working at Santa Cruz-based Verve Coffee. Truby and Baca implemented new systems within the company and were barista champions, appearing on the cover of Barista Magazine, while Jack was doing work in Ethiopia and South Sudan with TechnoServe, a project that strives to improve production and opportunities for small-scale coffee farmers.

Ultimately, the time came to take a next step. “You have all these creative ideas, but until you own your own business, you are not allowed to really be you,” says Truby. Their first step was roasting, which they started in July 2015, launching an online subscription service while they refined their roasting style. At the time, Truby was still working at The French Press and Castle Coffee Roasters in Santa Barbara, owned by friends Todd Stewart and Julia Mayer. They generously let Truby and Baca use their facility to roast, pack and ship out the first batches of Cat & Cloud beans.

One of the results of those early roasting days is now their signature blend called “The Answer.” Used for both espresso drinks and brewed coffee, it is a blend of beans from Colombia, Brazil and Ethiopia. “Our coffee is the approachable third wave coffee,” says Truby. “The idea is that we roast in such a way that we can keep all the complexities that people like in specialty coffee, but without the parts that people don’t tend to like.”

Their creative ideas are also expressed at the shop, where the trio outsourced many of the design elements to California artists they admire, another nod to the people-centric theme behind Cat & Cloud.

They showcase vibrant paintings by local artist Nick Vargas, who emblazoned the Cat & Cloud logo in a colorful wall mural. The logo originated as a whimsical sketch by coffee pal Julia Mayer. She drew the Cat (Baca) and Cloud (Truby) for them to use for their podcast, originally called Trubaca—a combination of their names.

There is intricate woodwork by Janine Stone and astounding tiles by Mikey Gaumann, a highly creative couple based in San Luis Obispo.

Cups and plates were made by potter Sean White of Flat White Ceramics in Petaluma, who also happens to be a fellow coffee roaster. The roaster itself was custom made in the signature Cat & Cloud turquoise and is brightly displayed for all to see within a glass-walled section of the shop.

Truby and Baca’s weekly podcast, on all things coffee, draws fans and friends from around the world, while Monday morning pop-ups at Companion Bakeshop have built up their following closer to home. Companion switched from using San Francisco-based Four Barrel Coffee to Cat & Cloud in August, marking its first wholesale account, and the bakeshop provides all the food for the café as well in an exclusive partnership.

Companion owner Erin Lampel says, “Cat & Cloud is all about quality coffee from sourcing, roasting and serving. It became clear to me that these guys are doing something they are passionate about and sharing it with their community here in Santa Cruz. They care about giving people a GREAT experience. It’s not pretentious in any way, which is refreshing and welcoming.”

You can’t help but notice that Cat & Cloud is just a few blocks away from the original Verve location on 41st Avenue and almost directly across the street from the flagship Coffeetopia. But no one is complaining—in fact, much like the collegial brewers behind Santa Cruz’s thriving craft beer scene, the city’s roasters have a more-the-merrier attitude towards one another. “A rising tide floats all boats,” says Baca. 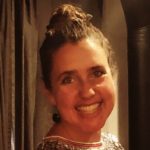