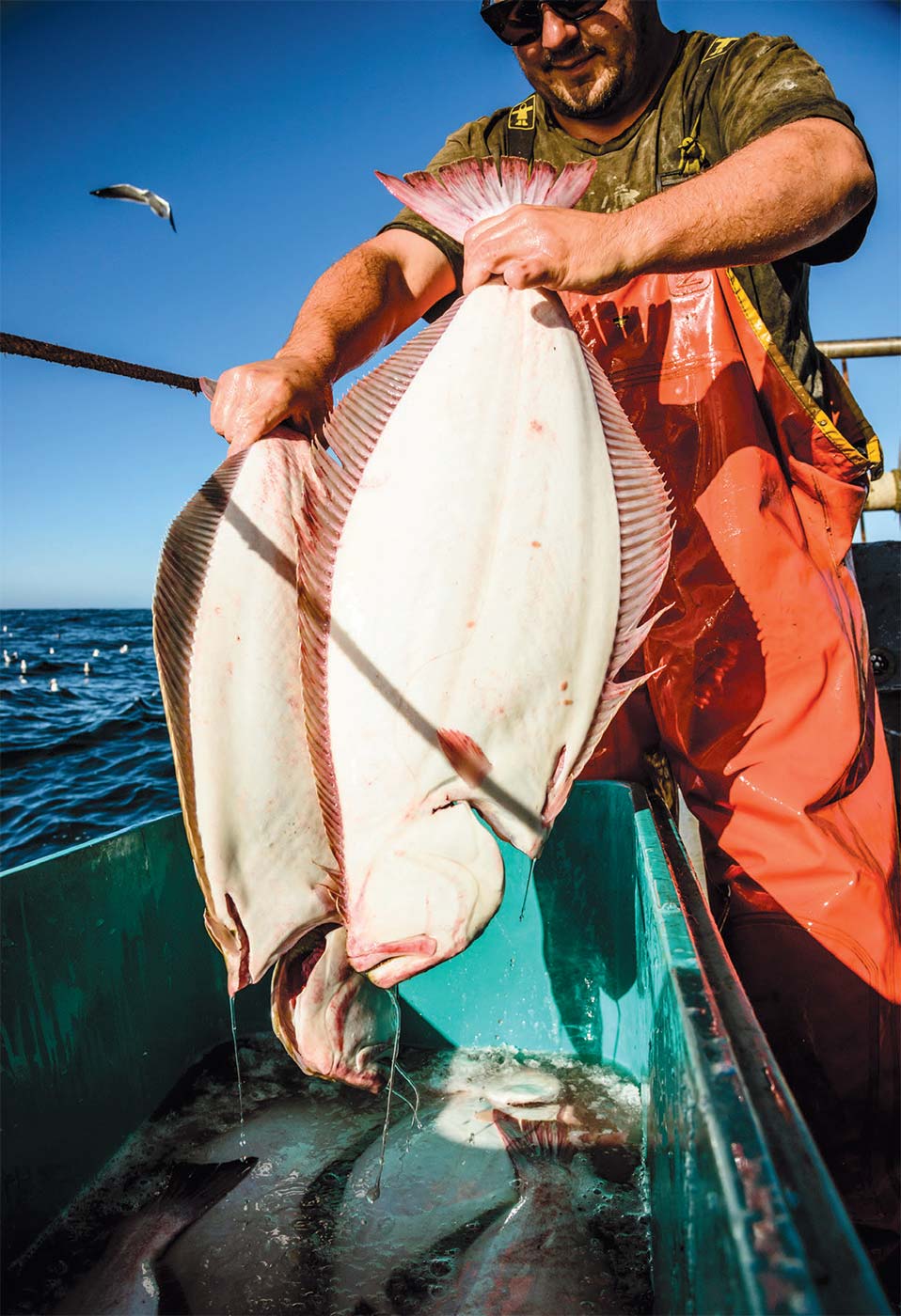 While salmon gets much of our summer seafood love, don’t overlook the other seasonal catch

The local flatfish that we think of as halibut actually suffers from an identity crisis, and it’s confusing for consumers.

What is commonly called California halibut (Paralichthys californicus) and is caught in Monterey Bay waters is identified on fishery websites as California flounder. Go to the Monterey Bay Aquarium’s Seafood Watch and you’ll learn the same fish is also referred to as Monterey halibut, hirame, karei and Southern halibut. (No word on how one fish managed to wind up with so many names.)

To make it even more confounding, when people talk about halibut, they’re often referring to Pacific halibut, which is better known and better marketed to consumers, but the much larger Pacific halibut is not a local catch. It can be found in the waters north of Fort Bragg and up to Alaska.

So when you go looking for Monterey Bay halibut, it’s California halibut … er, flounder … that you’re after.

Summertime is halibut season, and it’s also salmon season, which is why these two fish often end up side by side on restaurant menus in this area. And there’s a reason for that beyond the seasonality, according to Alan Lovewell of Real Good Fish in Moss Landing, a community supported fishery (CSF) that sells fishermen’s catch directly to consumers.

Despite the perception that salmon is a superior type of seafood, Lovewell says that not everyone loves it, and in fact, many diners prefer the leaner white fish. “A lot of people will only eat halibut, restaurants really seek it out,” says Lovewell. “They want to have that mild white fish on the menu.”

For chefs like Tom McNary of Santa Cruz’s Soif, halibut is always a favorite because it can be prepared in a variety of ways and is versatile in numerous dishes.

“It’s such a mellow fish—it’s like a blank canvas for chefs,” says McNary, who notes that halibut can be dressed up with everything from a delicate butter sauce to stronger accents, such as tomatoes and olives.

Halibut is an agreeable fish in ways even beyond its deliciousness. It’s a heart-healthy choice for diners, containing bountiful amounts of omega-3 fatty acids, selenium and niacin. All three help combat the chronic inflammation which can lead to heart disease, according to healthline.com, and it provides a good chunk of low-fat protein to boot.

Halibut also has the advantage of being a no-drama offering when it comes to environmental concerns, at least in fresh catch from the Pacific Ocean. These fish are caught commercially in Monterey Bay using hook-and-line methods, and Seafood Watch designates handline- caught halibut a “Best Choice.” The state Department of Fish and Wildlife manages California halibut to ensure that populations are fished sustainably and is able to keep the season open year-round for commercial hook-and-line operations as well as recreational fishing.

Sandy sea floors are the usual habitat for California halibut. Like other types of flatfish, its hatchlings start life looking like regular fish, but before long, one eye migrates so that both end up on the same side. The baby halibut becomes a flatfish, settles happily on bay bottoms and lies in wait to lunge at unwary squid or anchovies that happen to swim by. That’s why summer tends to be California halibut season, says Lovewell. As soon as the squid reappear in Monterey Bay, so do the halibut.

Cody Reed, a local fisherman who sells his fresh catch off the Rdock in Santa Cruz Harbor, confirms that the halibut follow squid spawns. That’s why he looks carefully at where the squid go. “Halibut season really starts around the end of May and goes right up to the first storms,” says Reed.

Reed uses rod and reel to catch halibut, using trolling and drift methods, and says halibut favor sandy bottoms near reefs, “but there are a lot of variables.”

Since he sells whole fish off the dock, sometimes it’s hard to find buyers for the really big halibut, which can get up to 40 pounds or more. But, Reed says, if you don’t mind taking a larger halibut, he recommends it: “The bigger ones have better, thicker fillets.” People can see what he’s catching at reedfamilyfisheries.com and on Instagram, and they can sign up to reserve fish through the website. (To find fresh halibut at other places around Monterey Bay, check out the lists at montereybayfisheriestrust. org/local-catch-guide which includes dock sales, CSFs, fish markets and fishmongers, grocery stores and restaurants.)

If you’d rather fish for your own halibut, that’s a good option, according to Jim Hendricks of Salt Water Sportsman, who writes that the trick is to always keep your bait moving: “California halibut respond to visual cues as a house cat does to yarn.”

Halibut is generally easy to find during the summer months, whether you’re buying off the dock, from local seafood purveyors such as Real Good Fish or catching your own. However, some consumers still hesitate because of halibut’s tendency to dry out easily—a complaint that home cooks have about white fish in general.

The trick to preparing halibut is all in the timing, says McNary.

He doesn’t recommend it for grilling because the tender fish has a tendency to fall apart when cooked, although he says it’s possible with “a really clean barbecue grill that’s well-oiled and well-seasoned.” Or try grilling on a cedar plank.

Because of its mild flavor, halibut can be used in everything from chowders (like the recipe McNary supplied for this issue) to sandwiches, tacos and salads, as well as served as a main course.

One of McNary’s favorite ways to cook halibut is to pan-sear it in a well-seasoned cast iron pan, dredging the fish in a little flour, and heating oil in the pan to start but then adding a little butter. “This gives it a crisp crust. I really like that texture,” says McNary. The critical factor is keeping cooking times short—4 minutes per side in the pan—and taking it off the heat as soon as it turns opaque.

Before cooking, try sprinkling fillets with a little salt, wrapping them in paper towels and refrigerating for an hour or two. Salt draws out excess moisture and firms up the fish, resulting in a flakier—less mushy— fillet to work with.

Baking and broiling are also viable options, but home cooks should keep a careful eye on the time to avoid overcooking. It’s also important to buy fresh fish whenever possible rather than frozen, because the freezing process dries out the fillets or may make them mushy.

It can be a fine line between cooked and overcooked; McNary suggests experimenting to get it just right.

“And if it doesn’t come out right, don’t be scared of it. Try again,” he says.

Because of its mild flavor, halibut can be used in everything from chowders (like the recipe McNary supplied for this issue) to sandwiches, tacos and salads, as well as served as a main course.