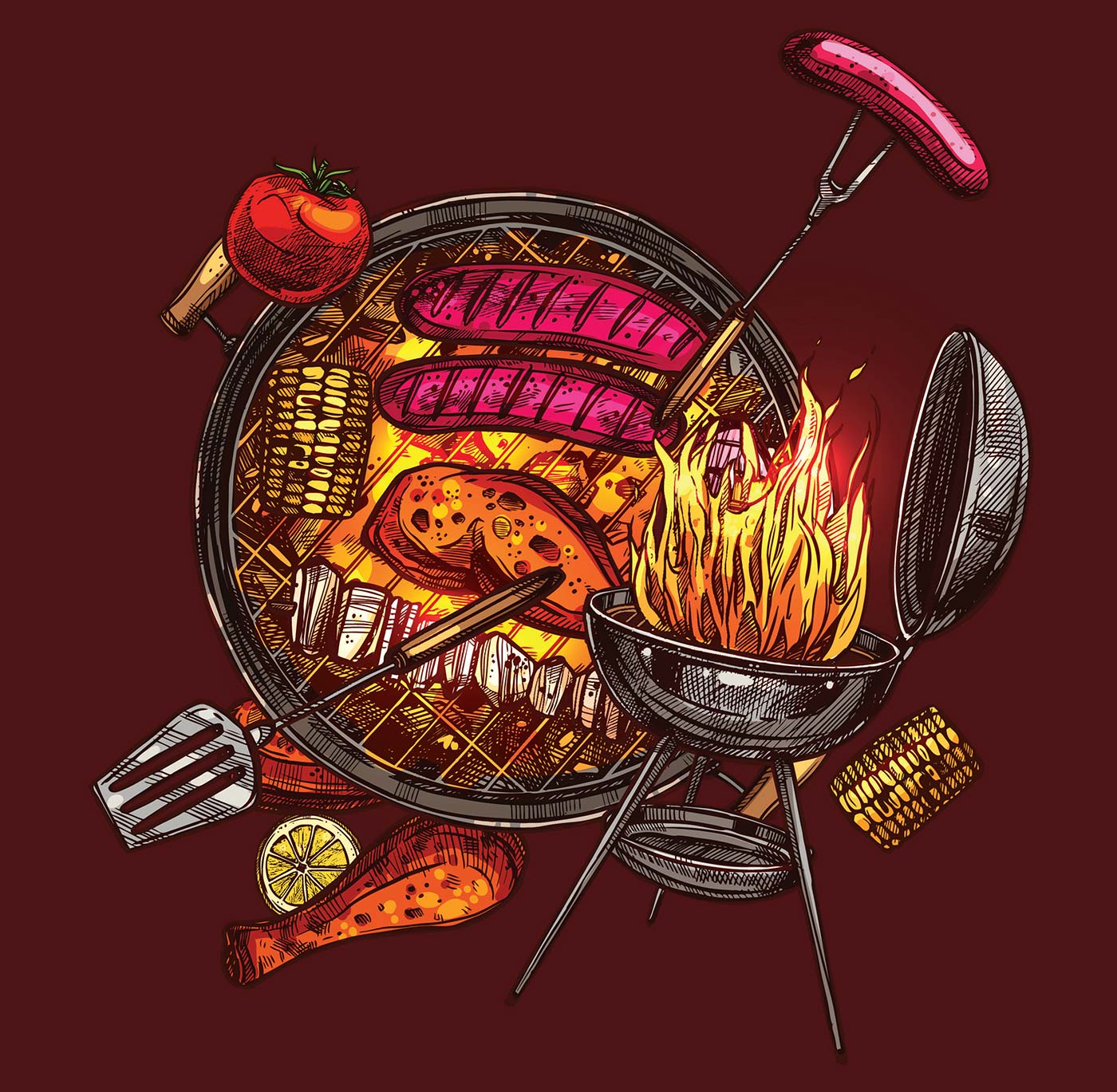 It takes a while for Matt Glazer to pause long enough to compose his recipe. So it goes for the general manager of a storied property experiencing a rebirth—one minute he’s delivering signature Benedicts to a three top of diners, ecstatic breakfast service has returned, next he’s fielding a printer delivery, then he’s directing guests to check-in and free coffee.

But once he finds a moment, the recipe flows like the Little Sur after a rain. He scribbles it with a Sharpie on a piece of cardboard in less than two minutes. It’s a reminder that even as he lives several lives—dad (“That’s definitely first on the list,” he says), community servant (“Lots of boards!”) and general manager of Deetjen’s Big Sur Inn (“Hospitality management isn’t as sexy as cheffing, but it’s my passion”)—he’s still a chef who loves playing with fire.

“Barbecue sauce recipes are a very intimate thing,” Glazer says. “I’m totally willing to talk about methods and general proportion and use the term ‘two tablespoons of spice blend,’ but that’s as much as you get.” Fortunately, as Edible stayed after him, he relented with the details of the blend. —Mark C. Anderson

Grilling should involve way more than meat. Glazer proposes fish, bacon, romaine lettuce, even a tart lemon loaf, sliced, grilled and topped with a scoop of vanilla ice cream. “That’d be delicious!” he says. “Anything you can eat, you can grill.”

He doesn’t diss gas grills, saying they’re a great appliance that makes it easier for non-pros to focus on technique. But he goes for charcoal or wood to impart more flavor. Charcoal can be more consistent; wood offers more flavor; in a perfect world, he prefers seasoned white oak, with kindling from fruit and nut trees.

People go a little ham on the coals. “You don’t have to use the whole sack!” Glazer says. “Then you jack it to 2,000°, burn burgers, leave them raw inside and everyone walks away with E. coli.” Start with a pile of briquettes roughly equal in size to what you’re cooking.

You don’t want to use hickory for romaine, he points out, as you “might funktify your salad.” Use charcoal or oak. Hickory would serve much better on pork tenderloin or tri-tip or turkey.

Pay attention to the amount of fuel, how much you add, how it burns down and how you transfer your food around the surface. “Why is a Weber grill a dome with a vent you can reposition?” he asks. “That’s not an accident. It keeps the heat circulating how you want.” COVID bonus tip: Use the digital thermometer guns for the grill, as cooking is their intended use, not on foreheads. Aim between 375° F and 475° F for most dishes.

Playing with your food is over-rated. Every reposition multiplies inconsistency in your dish. It can also tear skin and screw up presentation. Move a burger or steak or piece of chicken three times max.

New rule: Just because you’re starting something on a grill doesn’t mean you have to finish it there, and vice versa. “Think of grilling as an ingredient,” Glazer says. And other techniques as expedients: “I’m not cooking brisket all the way on the grill, no one has that kind of time!” he adds. Instant pots can be very helpful, for instance, after a sear on the grill.

With high activity muscles like a tri-tip, go against the grain and it will emerge far more tender. “People cut straight across like it’s a banana,” he says. “It’s not a banana. Nothing is lower pleasure than getting tri-tip sliced with the grain.”

Think about how the moisture in meat works, Glazer advises. Heat pushes it up. When a piece of meat can sit, what he calls “flavor water” distributes in the piece evenly. Five to 10 minutes works, no cover necessary. “It’s a real thing,” he says.