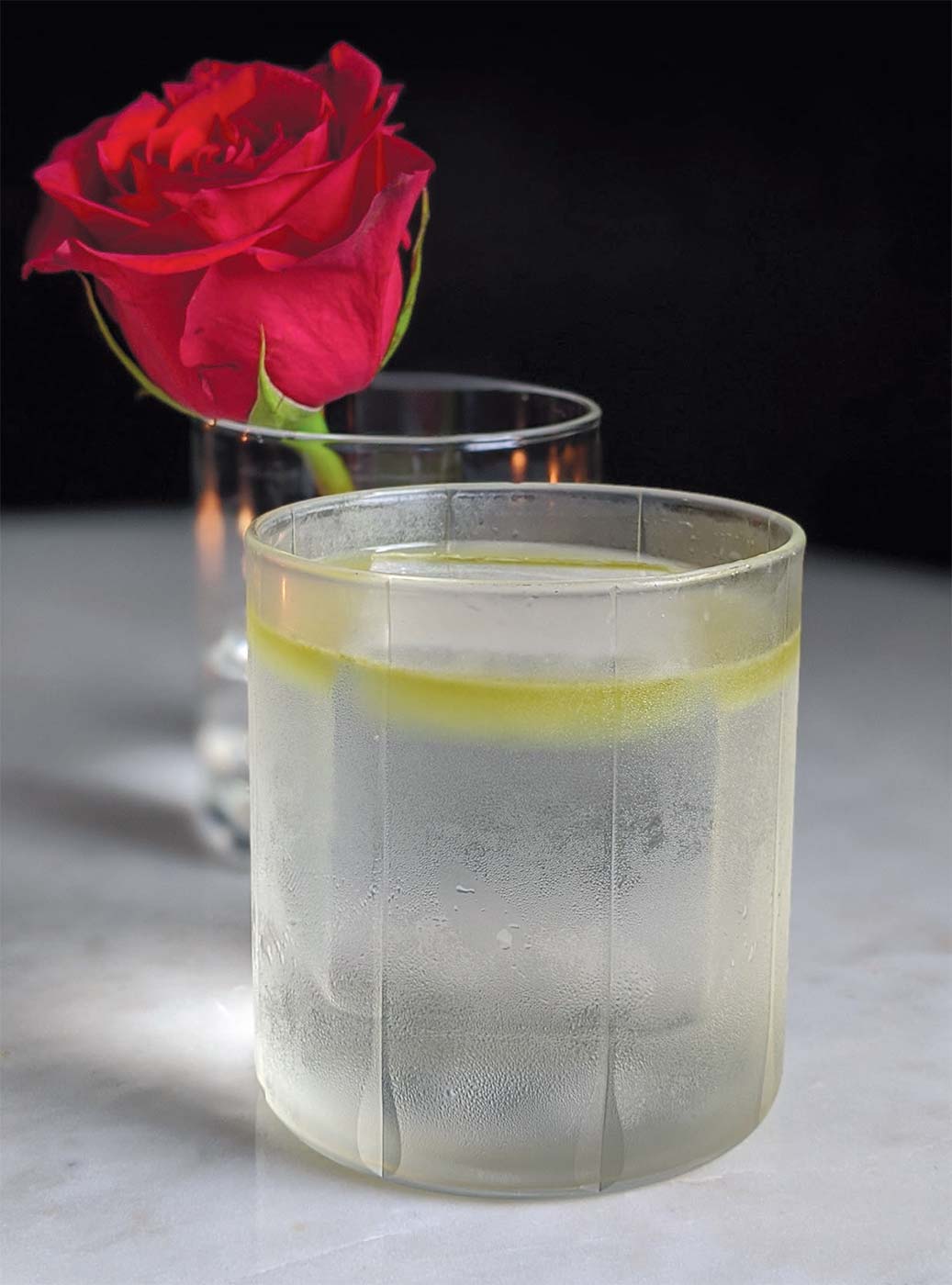 Award-winning mixologist conjures up a hit

Katie Blandin was on her way to class at the Berkeley Herbal Center to study things like herb tonics and plants that support liver function. On the commute north she was listening to John Steinbeck’s Cannery Row and thinking about a name for her new bar.

Knowing the power of place and the history of 214 Lighthouse Ave. itself, she was seeking a way to connect past and present. Soon she heard a line that clicked: “It is the hour of pearl—the interval between day and night when time stops and examines itself.”

Pearl Hour was born. It opened last fall with limited hours and menu, and quickly expanded to meet an enthusiastic response—the line for its New Year’s Eve shindig was almost a block long.

Blandin’s bar is the latest in a string of successes that includes work on organic farms, at farmers’ markets and traveling the world selling ginger ingredients for Marina-based Ginger People. From there she started Bar Cart Cocktail Co. to cater special events. Four years later she started crafting syrups and tinctures summoned from native herbs and seasonal fruit under the label Golden Bear Bitters—a perennial Good Food award winner.

There is much to recommend about Pearl Hour, like the long vintage bar, the funky pinball machine and finicky pool table. The backyard is big, with a second bar under development, a deck, a fire pit and planting beds for an eventual herb and flower garden. On top of that, a modest stage and packed house appearances for resident band The BASSment— and acts ranging from BiG SuRCuS burlesque to hard rock—have made Pearl one of the best venues for live entertainment.

But make no mistake: The featured act is the cocktail. Memorable drinks include revelations like Tea in Tassajara (with pine, California bay laurel, sage-infused scotch with honey and honeycomb bitters) and It Was All a Dream (gin, ginger, lemon, Prosecco and poppy tincture).

Each is assembled with striking presentations. The After Dark, which pays homage to the former gay bar that occupied the place for more than two decades, combines cane juice rum (rhum agricole), lemon, honey, Borba Farms passionfruit, Bordiga Bitter and Rosso aperitif, plus absinthe that’s poured into a half passionfruit and set ablaze.

For Last Call, EMB tapped into a cocktail that accesses all of Pearl Hour’s levels—the history, Blandin’s uncanny combinations, her tendency toward atypical spirits and those homeopathic finishing elements.

“The idea was to create a martini with mezcal and I wanted to accentuate the earth element flavors of one of my favorite spirits,” she says. “Flavors are like puzzle pieces—I chose modifiers that support the flavors of mezcal but don’t overpower it.” The finishing yarrow tincture does that with peppery bitter tones, while adding anti-inflammatory and antiviral benefits. It also happens to be Blandin’s “very favorite herb.” She likes Herb Pharm brand, available at Whole Foods and Cornucopia.

Diana Cumberland worked with Blandin at Ginger People, where the staff would conjure new ginger-driven recipes every week and clever marketing ideas are written into their DNA.

“Katie has always had a love affair with food and drink,” Cumberland says. “Her creativity is amazing. She has this gift of knowing what flavors create not only beauty but an explosion of goodness to your taste buds.”

“The idea was to create a martini with mezcal and I wanted to accentuate the earth element flavors of one of my favorite spirits,” Kate Blandin says. “Flavors are like puzzle pieces—I chose modifiers that support the flavors of mezcal but don’t overpower it.” The finishing yarrow tincture does that with peppery bitter tones, while adding anti-inflammatory and antiviral benefits.