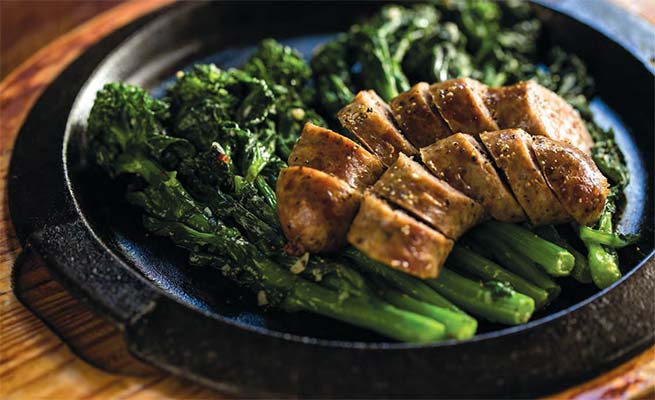 Boil water in a medium pot. Blanch the broccoli rabe and set aside. 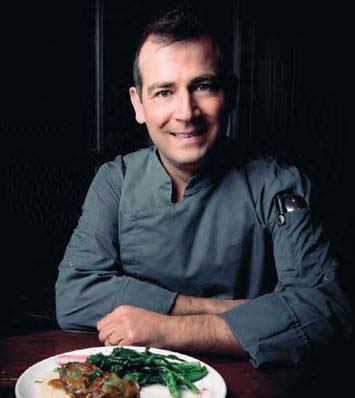 Chef Giuseppe Panzuto, owner of Il Tegamino in the charming Court of the Golden Bough in Carmel, grew up in Naples, where a dinner of sausage and broccoli rabe is considered the city’s official dish. There it is called friarielli. He says that was also his father’s nickname because he was rather short (like the vegetable) and enjoyed growing it in the family garden. Panzuto says he loves the bitter flavor of broccoli rabe and how nutritious and exciting it is, but his customers don’t appreciate it enough: “I tell them just give up your old-fashioned spinach and kale and their boring taste and try something new.”