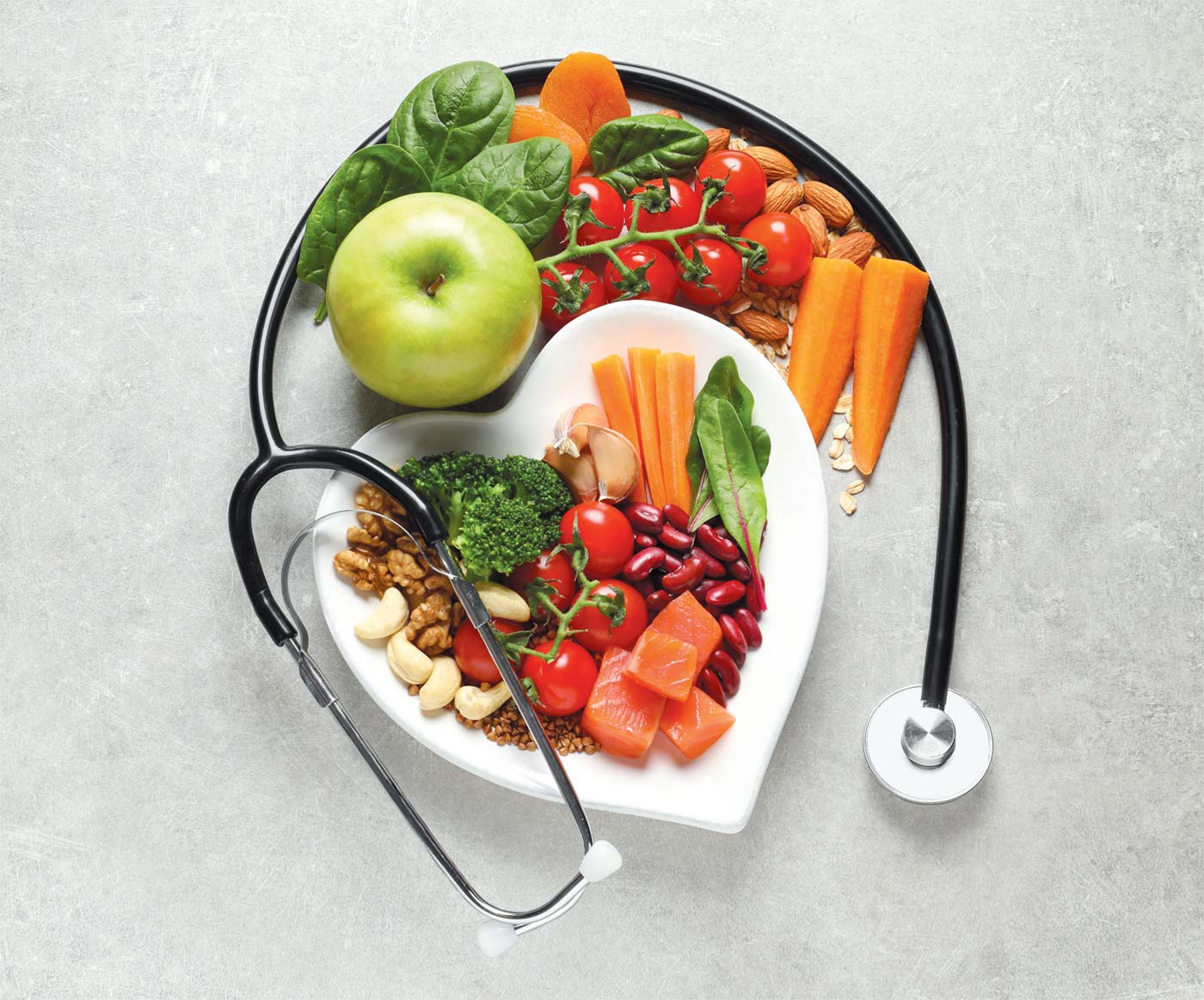 “Many thanks because my family eats more vegetables and greens,” it reads. “Thank you for the money to buy them. Thank you to all the people who cultivate them. I give thanks to God that people exist who care about my family, my health and my children.”

Clear, simple and powerful also work as themes for this story, particularly how powerful something as simple as access to fresh produce can be in saving swaths of citizens from scary health outcomes, and in saving society massive amounts in medical expenditures.

It’s also about the very type of food that moves the Edible Monterey Bay community—healthy, local, delicious, life-affirming organic fare—that frequently doesn’t reach those who need it most.

Maia, who wrote that note and whose name has been changed for this piece, participates in the produce prescription program called Fresh Rx administered by nonprofit Everybody’s Harvest—a program that is part of a movement called Food as Medicine.

At its five farmers’ markets, Everyone’s Harvest takes prescriptions issued by doctors at the Alisal and Seaside Family Health Centers and enrolls food-insecure families at increasing rates. What started out serving 10 families now caters to 150-plus.

Fresh Rx works like this: A physician like Dr. Pedro Moreno at Alisal Health Center meets with a family at his safety net clinic in Salinas and discovers they’re not eating as many healthy foods as they’d like and writes a produce prescription. The family takes the prescription to the info table at a market, registers and receives roughly $25 in tokens to spend on fruits and vegetables. Everyone’s Harvest pays the vendors for the tokens they bring at the conclusion of the market.

“Thanks to Everyone’s Harvest, I can ‘prescribe’ the best ‘medicine’ for my patients: fresh organic fruits and vegetables in our farmers’ markets,” Moreno wrote in a note to the nonprofit’s board. “On behalf of my patients, our most sincere gratitude.”

“I know the families love it enough to keep coming,” he says. “Nutrition programs are my favorite part of the job, and have become such a big part of what we do. I feel like we’re a nutrition company that also runs farmers’ markets.”

“It’s not just, ‘Take your medicine and fix this,’” she says. “It’s putting the focus on food more than medication.”

While she admits it’s disheartening to hear patients say, “‘Well, that’s great, but I can’t afford to eat that way,’” she has an answer. “It’s a fantastic feeling to say, ‘I can help with that.’ They feel supported. They can use their food money for other things, and don’t have to make hard decisions in the store,” she adds.

Those decisions are intense. Hunger in America studies have found 66% of food insecure individuals have to choose between food and healthcare and 57% percent are forced to make the same impossible calls between food and housing.

Housman sees these market-fresh interventions interrupting a downward spiral: food insecurity contributing to illness, which incurs costs and missed work, which adds to insecurity, and so on.

“This can put a stopping wedge in that,” she says. “If we normalize [programs like] this, it would be a dream.”

Make no mistake. Food as Medicine programs are somewhat new, but the concept is timeless. Hippocrates said, Let food be thy medicine and medicine be thy food back in 400 BC.

What has changed is that a healthcare system that has long focused on treatment and pills is now getting far more serious about prevention and produce.

At EcoFarm 2020—remember when inperson conferences were a thing?—the shift was described as nothing less than a “healthcare revolution.” Dr. Rita Nguyen of the San Francisco Department of Public Health juxtaposed the timelessness and new push for data with a dash of no duh.

“It’s crazy that we have this as a study!” she said as part of a panel titled Prescribing Organic Food as Medicine. “Every private insurance carrier is now at least dipping a toe into this research. Policy makers and insurance carriers want to know [financial-savings] numbers in the food and medicine fields.”

A few numbers to know: A modest subsidy to buy more fruits, vegetables, whole grains and seafood for adults within Medicare and Medicaid in the U.S. could prevent 3.28 million cardiovascular events, ward off 120,000 diabetes cases and save $100.2 billion in healthcare costs, according to researchers at Tufts University.

That’s $100.2 billion, with a “b”—more than the GDP of whole countries, four times what the U.S. spent sending a man to the moon.

But this is not as complex as managing the economy of Costa Rica or Kenya. This is not a moonshot. It’s simple sustenance for Americans on the margins, who have only multiplied in the context of the coronavirus pandemic. Making sure they have access to nutrition should be a moral imperative, a selfevident must-do. But even if governments didn’t care about saving lives, it’s still a nobrainer for the simple economics.

The bad news is it took us so long to get to this. Hippocrates would not be impressed. But there are reasons for that, including Big Pharma profits and an abiding there’s-a-pill-for-that mentality. In addition, many in the healthcare sector have long considered food and nutrition programs social services, not health interventions.

This despite food insecurity and chronic conditions like diabetes, heart disease and cardiovascular disease being closely connected. “Food insecurity is not uniquely a food or moral issue or economic issue,” says Erin Franey, who collaborates with Nguyen as the program manager of the Food as Medicine Collaborative. “It’s a health issue. There’s a role for healthcare to play.”

While that may not be the most tantalizing food story ever told, it ranks among the most important.

“True public health involves prevention, and communicating that message has never been sexy,” Nguyen says. “But providers are starting to understand treatment is not just about technology and pills and hospital treatments; it’s everything, including housing and transportation and food.”

Nguyen believes evolution in food awareness has helped bring on the shift.

“Ten years ago people weren’t talking about food the same way they are now,” she says. “Culturally and generationally, people—and Millennials in particular—are much more conscious about the way they eat. People are into organics and really good sustainable food, not the microwaveable meals that I grew up with.”

What has changed is that a healthcare system that has long focused on treatment and pills is now getting far more serious about prevention and produce.

A sweet Monterey Bay area senior we’ll call Amos (to protect his privacy) was having a tough go of it.

By 70 he had accumulated a history of past stroke, diabetes, hypertension and chronic obstructive pulmonary disease, much of it directly traceable to poor diet.

Earlier this year his conditions landed him back in the hospital, but when he was released this time there was a big difference. Instead of returning to a diet of cheap and unhealthy foods, he was enrolled in a pilot program called Post-Discharge Meals. The clunkily named project furnishes medically tailored meals (MTMs) for Medi-Cal members returning home from being hospitalized, with a high likelihood of readmission.

The Central California Alliance for Health, which administers Medi-Cal benefits for Santa Cruz, Monterey and Merced counties, runs the pilot program; CCAH is also one of the regional entities participating in the Food as Medicine movement. A survey of Alliance clients revealed 50% percent of them, like Amos, are food insecure. (The U.S. Department of Agriculture, or USDA, defines food insecurity as a lack of consistent access to enough food for an active, healthy life.)

In Monterey and Merced counties, they partner with Mom’s Meals to provide plates like roasted pork loin with apple cranberry sauce over white rice and mixed vegetables. In Santa Cruz County, they count on Teen Kitchen Project to assemble 14 meals a week for 12 weeks for each participating patient.

While providing food delivery for the ill is inherently helpful—and TKP has scaled up from 840 meals to 1,582 weekly to support COVID-19 needs early in the pandemic—its model enjoys an added benefit. Staff chefs train student community-service volunteers (who are sometimes hired) in professional culinary skills. A peek at its menu reveals all sorts of tasty plates like orange ginger chicken, zucchini nut bread and cauliflower-mushroom casserole, and recipes are shared on its website.

“There’s something special about these meals besides the fact they’re fresh and not frozen,” says TKP’s executive director Angela Farley. “They’re high fiber, heart healthy, low sodium, low fat, organic, diabetes friendly.” The other something special: They’re saving lives. Studies of similar programs across the U.S. document 70% fewer emergency room visits and half as many return visits to the hospital for those eating medically tailored meals, denting the $160 billion-plus spent nationally on health-related expenses attributable to food insecurity.

Suddenly doctors are treating the source of the crisis and not symptoms.

The California alliance is currently evaluating the pilot. “The early data is really promising,” says Kathleen McCarthy, CCAH’s strategic development director. “Not only do people really like being in the program, but there’s a clear return on investment: It improves health and lowers costs.”

Amos is among those thrilled to participate. He enthusiastically gobbled up his meals, thanked CCAH profusely and hasn’t needed the hospital and its spendy treatments since. As he started discovering fresher food sources, Amos and his wife have started replicating the recipes they came to love on the exit-meals program.

MTMs is one of a range of local measures at work. CCAH has awarded some $1.7 million in grants to 10 different organizations in Santa Cruz and Monterey counties to partner with healthcare providers to decrease food insecurity among the Medi-Cal population.

This spring, Salinas Valley Memorial Hospital— where Housman and her clients are loving the Fresh Rx program—was among scores of state community groups that signed a position paper sent to the California Department of Health Care Services. The groups—including Second Harvest, Teen Kitchen and Santa Cruz’s Go for Health!— called for extended medically supportive food and nutrition services.

The gist: As part of an ongoing effort to improve Medi-Cal, food-as-medicine interventions should be built into healthcare going forward. This way is working.

As one of the pioneers of the movement, Dr. Andrea T. Feinberg of the Geisinger Fresh Food Farmacy, puts it, “If one considers [healthy food] to be the equivalent of a drug covered by insurance and provided by the healthcare system, then this is essentially a disease management program—just more successful than most.”

“When people think of ‘food as medicine’ they often think of juice cleanses and turmeric tea, but we are talking about something much more accessible: providing healthy food to more people,” Ettman says. “Food as medicine is about investing in the prevention of disease so that we can help people before they get sick…the food-asmedicine movement may not be mainstream yet, but it should be.”

Dr. Nguyen chose to work with the Food as Medicine Collaborative precisely because of its accessibility. Entrenched realities contribute to food insecurity, but she knows that those are far more difficult dragons to slay than diagnosing nutrition shortages and furnishing food access.

“If I could fix one thing that contributes to food insecurity, it would be inequality or racism, but I can’t fix those,” she says. “The reason I picked food is it’s the most direct tangible link. This has impact. If you want to be impactful, go to the source of the problem.” Hippocrates would be proud.

Healthful recipes that are simple to prepare is the objective of a pandemic collaboration between Magali Brecke and Liz Birnbaum that resulted in an ebooklet called Eat and Be Well—available as a free download on the Kitchen Witch website.