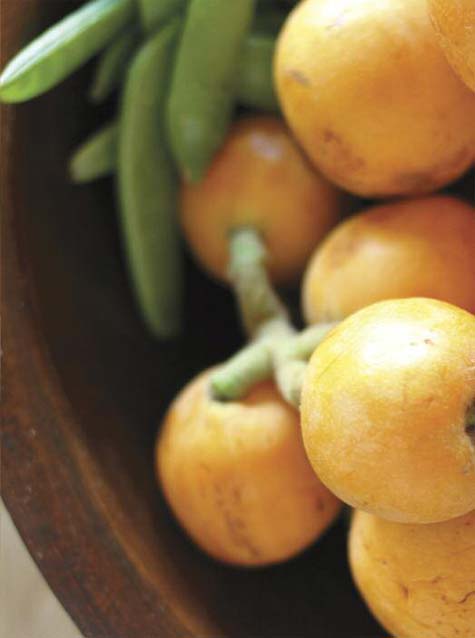 How one determined woman restored the historic Mesa Del Sol ranch, started a boutique winery and built a sustainable retreat center to honor her late husband Jake Hougham was a self-made man. From humble beginnings in Salinas, he became an innovator in lettuce packaging. Like many hard workers, he dreamed of a gracious, relaxed lifestyle for his golden years— time spent sipping wine from his own vineyard, growing organic vegetables and raising chickens. But sadly that wasn’t meant to be. He died at age 54 of colon cancer, leaving his wife Ann to carry on. Guided by that vision, Ann Hougham has spent the past 12 years creating the Mesa Del Sol Estate Retreat and Winery on a 14- acre parcel perched high above the Arroyo Seco River, halfway from Carmel to Greenfield, at the rugged and picturesque end of Carmel Valley Road.

At the time the Houghams bought the property in 1998, it was overgrown and rundown. But there was much to be discovered underneath the overgrowth.

“It was like entering a secret garden,” Ann says. “I didn’t even realize there was a swimming pool until we started pruning.” Seven acres of syrah, sangiovese and zinfandel grapes went in the first year, but Jake didn’t live to see the first harvest. “When he died in October 2000, I had a time of grief and then got back to work.”

Ann spotted an iron clawfoot bathtub dumped over the cliff by previous owners, so she got a winch and hauled it back up the 150- foot canyon. “We opened up the magnificent views, re-painted and re-did everything to make it work again,” she says.

She also got down on her hands and knees and expertly re-tiled the bathrooms, kitchen and the swimming pool herself—a craft she learned during her first marriage to a construction contractor with whom she designed and built custom homes in the Lake Tahoe area. Ann is clearly a woman of many talents and great determination, evidenced also by her love for mountain climbing. She has hiked Mt. Hood, twice scaled snowy Mt. Shasta and recently climbed Mt. Whitney.

Mesa Del Sol has a colorful history. An old stone building and the stone foundation of one of the cabins date back to the 1800s and are believed to be part of a stagecoach stop for travelers on their way to Mission San Antonio. In the early 1900s, several cabins were built and the property was used as a health center. The hot, dry air was soothing for tuberculosis patients. President Teddy Roosevelt once relieved his asthma with a stay at the property.

State Senator Fred Weybret, a newspaper publisher from Salinas, purchased the property in 1927 and built the early California ranchstyle house. After his death in 1945, it passed to Salinas lettuce baron Steve Rianda and his wife Mary, who named the place Mesa del Sol, Spanish for “sunny plateau.”

But current owner Ann Hougham is the one who turned the property into a real Garden of Eden. In addition to grapes, there is an organic vegetable garden, fruit trees, laying hens and honeybees. A trout pond in the middle of the property provides what she calls special “living water” used to irrigate the vineyards. The pond is filled with algae and microorganisms—nutrients that produce extra-healthy vines.

Only 350 cases of wine are produced a year under the Mesa Del Sol label. The rest of the grapes are sold to local winemakers, including Nicholson Vineyards in Aptos and Pelerin Wines in Carmel Valley. The quality is excellent. A 2002 Syrah produced with her grapes by Hunter Hill Winery in Soquel won “Best of Show” at the California State Fair, beating out 2,800 other wines. She proudly displays the gold ribbon in the living room.

Most Mesa Del Sol wine is made at nearby Wrath Wines. Coastview Vineyards’ Ian Brand is the winemaker in charge, elaborating syrah and sangiovese varietals, as well as a soon-to-be-released zinfandel and a blend called Prima Rosso. The syrah continues to impress the experts: Mesa Del Sol’s 2006 vintage just won a silver medal in Sunset magazine’s first wine competition. To try for yourself, you can taste and purchase them at Trio Carmel on Dolores Street between Ocean and 7th. They are also served at Mission Ranch in Carmel and Ristoranti Avanti in Santa Cruz.

For the past three years, Mesa Del Sol has operated as a retreat center. Small groups and extended families tend to take over the ranch’s seven bedrooms, which are spread out among a main house, cottages and a safari tent. The main house offers a full kitchen and a large, redwood-paneled living room with a stone fireplace. Decoration is country chic, with antiques Ann has gleaned from garage sales and the fair at Moss Landing.

A day at the ranch may be spent hiking, swimming, cooking or sitting in the hot tub. But it is the peacefulness and the chance to experience life on a sustainable working ranch that brings people back year after year.

Outdoors, the air is perfumed with the scent of lavender and wild fennel. You can spot red-tailed hawks and sometimes a golden eagle soaring over the canyon. When Ann Hougham stands by the cliff, she says she can feel the spirit of her husband. “I still miss him terribly, but I know he is pleased with what I’ve accomplished.”