Local groups are working to help ensure you do What do shoppers across the European Union as well as in China, Japan and Brazil know that American consumers do not?

They know whether or not the foods they eat contain GMOs, or genetically modified organisms. Right now, most food labels in the U.S. give Americans no hint of whether a food contains GMOs, but thanks in part to the efforts of concerned citizens here in our region, Californians will be able to weigh in on the matter through a ballot initiative in November.

As part of the statewide push to put a GMO labeling requirement on the California November ballot, 100 volunteers with the group GMO-Free Santa Cruz gathered 15,544 signatures earlier this year in support of the measure. Label GMOs Monterey trained 72 volunteers and collected more than 5,700 signatures.

More than one million John Hancocks were amassed in California overall, successfully qualifying the California Right to Know Genetically Engineered Food Act, now known as Prop. 37, for a vote. If passed, it will require that foods containing GMO ingredients state as much on their packaging once the law would take effect in 2014. “As shown by the number of signatures collected…Santa Cruz County residents definitely believe in this issue,” says Mary Graydon-Fontana, one of GMO-Free Santa Cruz’s four co-organizers. She chalks this up to factors like the county’s progressive nature and its history as the “birthplace of organic agriculture.”

Opponents and skeptics of GMOs take issue with their uncertain health and environmental safety effects.

“We are concerned with the plant or meat product that has had its DNA artificially altered in a laboratory by genes from other plants, animals, viruses or bacteria, in order to produce foreign compounds in that food,” explains Colleen Ingram, volunteer coordinator for Label GMOs Monterey and the California Right to Know Committee. “This type of genetic alteration is not found in nature, and is experimental.”

However, she adds that the proposition is ultimately about the public’s “right to know” and does not take a position on GMOs one way or the other. In Graydon-Fontana’s words, “Prop. 37 is a simple, straightforward labeling proposition.”

But if voters pass Prop. 37, the impact could go far beyond labeling, says Ocean Robbins, a Santa Cruz County resident and founder of the Food Revolution Network.

“For the first time, the people get a say in the matter,” says Robbins, noting that labels will likely lead consumers to stop buying— to what degree is unknown—foods that they learn contain GMOs. “If even 5% or 10% of the population prefers products that don’t contain GMOs, then manufacturers will start to take notice, and demand for GMO foods may go down,” says Robbins. “That’s the power of the marketplace, working with accurate information. But right now, we’re buying food mostly in the dark.”

A slew of nationwide polls show that Americans are leaning away from GMOs: a June 2012 ABCNews.com poll, for example, found that 57% of people say they are less likely to buy products if they know they contain genetically altered ingredients. A whopping 93% say they support GMO labeling. The effect this will have on Monstanto Corp. and other big GMO players has yet to be seen, but the fact that the biotech industry is projected to pour tens of millions of dollars into campaigning against Prop. 37 suggests it fears negative effects from labeling. More than 80% of packaged foods include GMOs, according to most estimates.

Robbins, Ingram and Graydon-Fontana are all optimistic that Prop. 37 will pass, and if it does, California will become the first state in the U.S. to impose such a labeling requirement. Nearly 20 other states have failed at previous attempts, but Robbins predicts that the biotech industry will have less success in swaying Californians. Whatever happens, the rest of the country is watching. A coalition of nearly 400 businesses and organizations across the country, collectively known as the Just Label It campaign, has filed a petition with the U.S. Food and Drug Administration for GMO labeling at the national level. Proponents of Prop. 37 believe that a mandatory labeling law in California could be the tipping point for labeling efforts across the rest of the country. 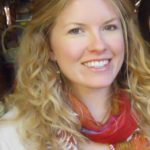