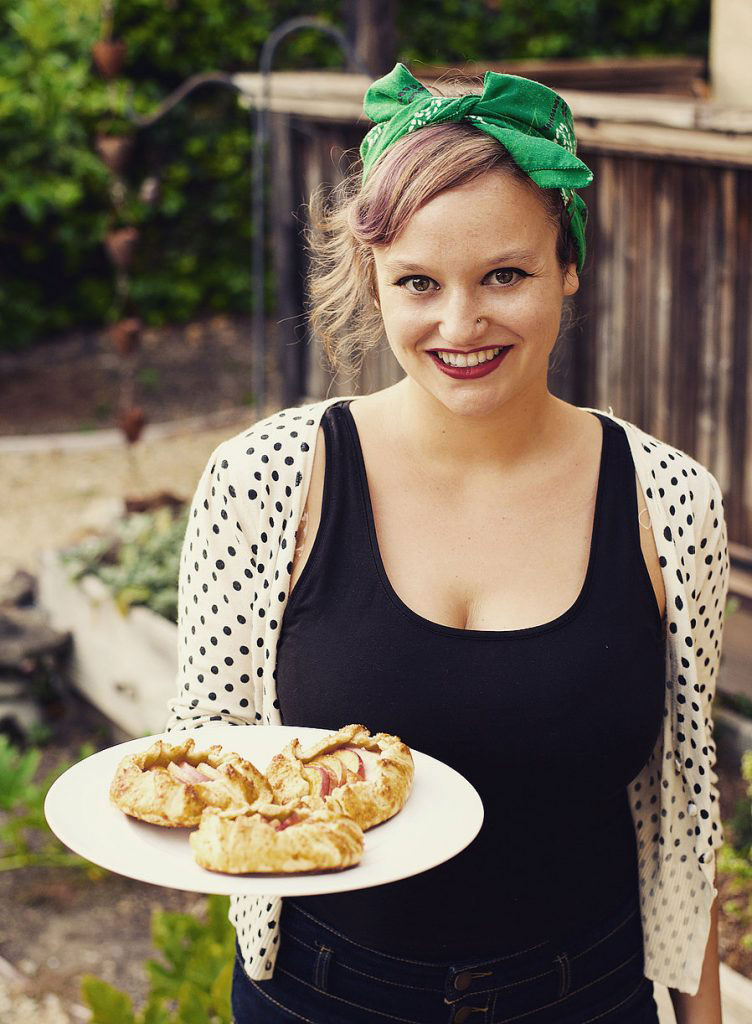 May 7, 2019 – The much-anticipated opening of Vim Dining & Desserts on the westside of Santa Cruz may happen as soon as this weekend, and it has all the signs of being a culinary game changer for the neighborhood.

Since acquiring the location in July, local rising-star chef Jesikah Stolaroff’s story is also one of exemplary perseverance. Many others might have given up by now.

But when it finally takes place, for those on tenterhooks awaiting the impending good news, the opening of Vim will not disappoint.

Vim is the culmination of a lifelong passion for Stolaroff, a Santa Cruz native and local chef whose talents supported her swift rise on the food scene in the Bay Area. Stolaroff may have honed her skills over the hill, but when she felt the pull to have her own space she chose to create it here, close to her family and friends.

After an accomplished career grounded in the study of food science and nutrition at UC Berkeley and at the Culinary Institute of American in St. Helena, and one that included the role of opening sous chef and pastry chef at Michel’s Bistro in Oakland when they won their first Bib Gourmand award, this is her first offering under her own banner. Local foodies craving a new, chic local hangout should sit up and take notice.

Having taken up the space formerly occupied by 831 Vietnamese on the west end of Mission Street last summer, Stolaroff has experienced more than her fair share of the seemingly endless and mind-numbing bureaucratic delays typically experienced by local restaurateurs—perhaps more so, as she gutted and refreshed the entire space.

And here we are, so close.

When the final permitting details are worked out, the gifted chef will offer fresh and seasonal California cuisine—technically French-inspired but very local, and with many vegan and gluten-free options. While we all eagerly await a taste, the menu items alone will make you want to line up outside.

Here’s how they break down.

Starters will include a Citrus Salad, with avocado, cocoa nibs and a lime-cumin vinaigrette; Vegetable Garden, a white-bean sauerkraut puree, with veggies, herbs, and puffed black rice; a Butter Board, with a range of flavored Strauss cream butters cultured in-house; and Sausage Stuffed Mushrooms served in brodo with a rich Parmigiano Reggiano.

Not to be dismissed as anything remotely after-the-fact, some of chef Stolaroff’s undeniably strongest offerings will likely be in the final course, having found her passion as a teenager when she began baking cakes for birthdays and weddings. The inclusion of “desserts” in the restaurant’s name is also a bit of a clue.

So, there is this: Chocolate Cake, with raspberries, ganache, and malted buttercream; Kiwi Lemon Cream Pie with a shortbread crust, lemon custard and whipped cream; Chocolate Peanut-Butter Trifle, a mousse dream, basically, with cayenne salted peanuts and brûléed bananas; Mascarpone Cheesecake with a walnut brown sugar crust and blueberry topping; and a Carrot Cake unlike any we’ve ever heard of—with pineapple—and all the coconut, walnuts, raisins and all the cream cheese frosting we could ever want.

Finally, the last thing on the menu is a Brûléed Cheese Plate, with a savory Gouda custard, Humboldt Fog, Saint Agur blue, and a St. André triple crème brie, all with a slightly sweet, crunchy crust, and served with fruit and crackers. Served on a custom, hand-made board, Stolaroff kindly prepared one for us to try: Delightfully unexpected. I’d add a glass of wine from their impressive list and call it dinner.

Vim is a warm and welcoming space, bright and airy, beautifully tiled, with touches of navy and gold throughout—an “atmosphere of casual elegance,” as Stolaroff says. If it feels like a family place that’s not surprising, given how much hard work and support her own has contributed to its creation. Her sister, Shauna Stolaroff, designed the interiors, and her fiancé Erik Skaug is the bar manager. Together they’ve been able to construct the kind of comfortable balance between flow and stillness for which the best of restaurant designers strive.

There’s also the patio… and I haven’t even mentioned the cocktail menu, carefully crafted with suggested pairings.

“Vim is named for the energy and vitality that it will bring to the Santa Cruz culinary scene,“ Stolaroff says. In the westside neighborhood that includes locavores’ hotspots like Bantam, Humble Sea Brewing, Venus Spirits and Verve, Vim will be a stellar new addition and quickly become a new favorite.

“I’m most excited to get back in the kitchen. It’s been a long, difficult, construction process and I’ve learned a lot, but I can’t wait to open so I can do what I really love and cook amazing food for people to enjoy,” says Stolaroff.

You can check out menu items and the story of their almost year-long journey on the restaurant’s Instagram feed and join the mailing list to stay up-to-the-minute on news of the opening.