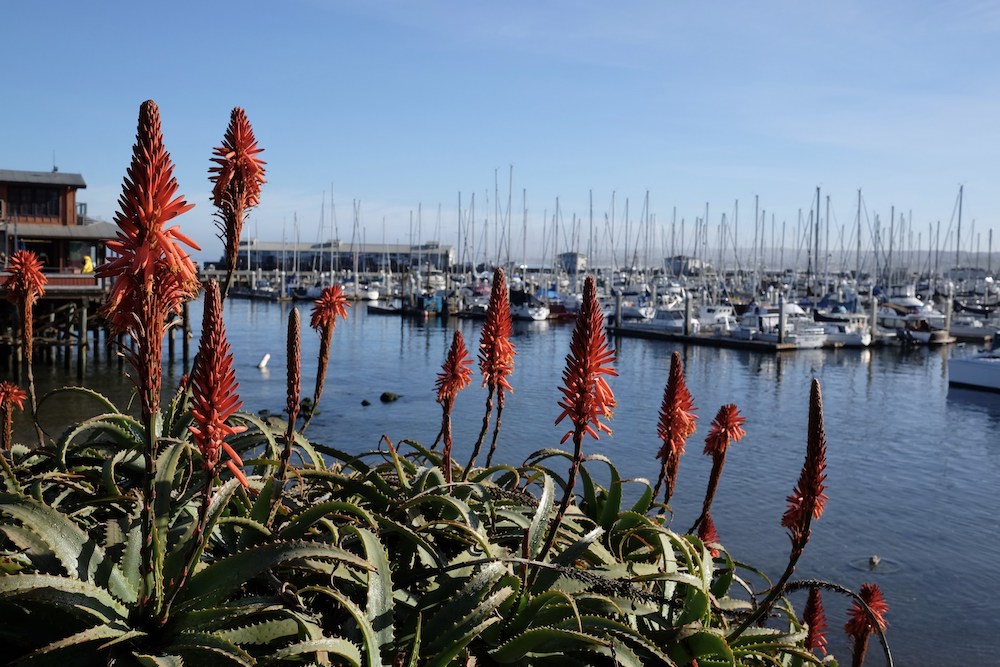 March 24, 2020 – While there may be shortages of toilet paper and hand sanitizer, there is no shortage of grim COVID-19 consequences to be encountered internationally, regionally and locally.

If that wasn’t ominous enough, the report does add that the $400-$500 million figure “is a rough, point-in-time estimate as situational factors escalate daily.”

To put the number in context, Monterey County’s tourism community generates nearly $3 billion in annual visitor spending. The industry, per the report, employs 25,000 people. After extensive event cancellations, restaurant, bar and hotel closures, and far-reaching lay-offs, that number has dipped suddenly and precipitously.

Rob O’Keefe, interim president and CEO of the MCCVB, hopes to measure job losses with forthcoming reports, leaning heavily on MCHA’s expertise. In fact, he says, that very type of inter-agency collaboration has been vital to the response to date.

“There’s a lot of unity,” he says. “It’s going to require us and a lot of other organizations to lock arms to confront this enormous challenge and we’re doing precisely that.”

More context: The last eight years visitor spending to the county was measured, it went up every time. That won’t be the case for 2020.

Another form of context: Fifteen days ago O’Keefe was understandably upbeat about visitor traffic, noting that Chinese and Asian travelers only account for 1 to 2 percent of  overall trips here, with Europe making up another 4-5 percent.

“The majority of Monterey County visitors come from the U.S., with over 70 percent coming from within our drive market,” he wrote by email March 9. “In similar situations to this in the past, travelers will stay closer to home, which may result in an increase in drive market travel.”

Now 15 days ago feels like five years ago. “How quickly this has escalated,” O’Keefe says, sighing.

With the publication of today’s report, he identifies what he calls a “slight positive”—60 percent of conferences and many marquee events “are postponing rather than outright canceling, which “means that revenue generated should be deferred to later this year and into 2021“—but acknowledges the harsh reality.

“The projected impact is changing daily, but the best information we have at this time indicates a substantial and continuing drop in economic activity in the next few months,” he says.

“Our community and industry have never seen anything like this,” he says. “We are dealing with both a global health crisis and a dire economic emergency at the same time.”

O’Keefe does remain optimistic about a bounce back. “Our hotels and restaurants are innovating as best they can—and our team is working with travel and meeting planners who are eagerly planning to return when the time is right,” he says. “In our destination and across the country, our industry will respond to this unprecedented crisis with an unprecedented recovery.”

He draws inspiration for that optimism from his industry colleagues. “There’s a distinctive amount of determination to get through this and work toward recovery,” he says. “The industry is not sitting on its hands, and neither are we as an organization.”

He adds that the reason he’s pointing out “the silver linings” is simple:  “We should keep perspective that travel is going to come back, and we are preparing for that right now.”

That said, he adds a major caveat: “It’s also important for us that local, state and federal government officials are aware of how important tourism is for our recovery. We’re going to need support. There are recovery packages being talked about to support the industry and that’s at the top of our list too.”

Monterey County’s numbers fit with national projections. According to Oxford Economics, the United States travel industry is expected to see a 31% decline in travel economic impact for the year, including a 75 percent drop in revenue in the next two months and losses totaling $355 billion in travel spending. Oxford also reports 4.6 million jobs will be lost across the U.S., which by extension subtracts $55 billion in associated tax revenue.

The impact report synthesizes Dean Runyan’s Monterey County Travel Impact reporting, Smith Travel Research and public information from county jurisdiction investors to project potential countywide impact over a three-month period. It estimated a dip of 40 to 80 percent in occupancy rates, which stood at 73% for the same period last year.

At the end of my conversation with O’Keefe for the purposes of this piece, I shared a personal concern: That people may have an expectation that the crisis may abate April 8 (when the current shelter-in-place order sunsets), or by summer, or by fall, but it’s possible closures stretch even further out, and individuals will fall into deeper despair as they do. Which leads to a question: Yes, there’s a hope three months from now things will have normalized. But what if they haven’t? How do we project further?

“Any modeling, past 90 days—given the uncertainties—starts to weaken,” he says. “We’re going to keep perspective, and keep an eye on short- and medium-term outcomes. We remain hopeful for a near-term resolution, but we have to allow things to play out.”

More information on Monterey County Convention & Visitors Bureau can be found at www.SeeMonterey.com.