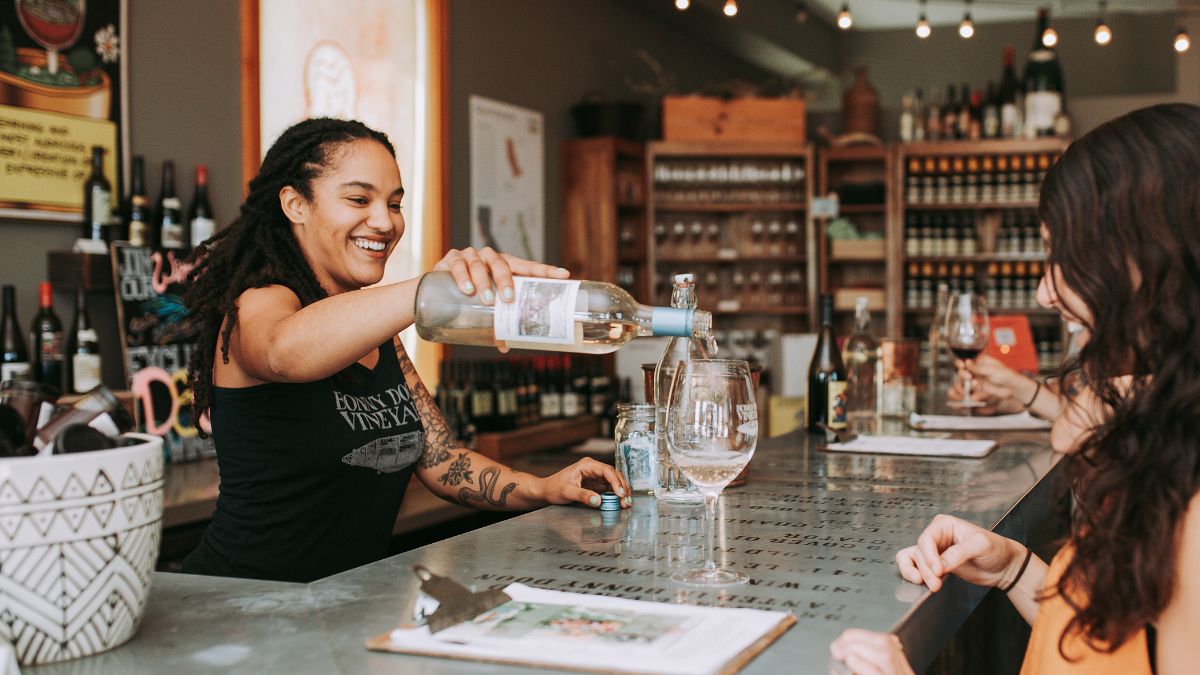 December 10, 2019 – The Bonny Doon wine club was the first one my husband and I ever joined. I think it was 1986. We used to trek through the rain and fog up to the old tasting room in the hamlet of Bonny Doon and commune with fellow DEWNsters, even before we knew it was a cult thing to be into Rhones. Those early Cigare’s!! Then that tasting room transitioned to Ryan Beauregard in 2008, which means Ryan’s been there for 11 years now. Did I miss a decade? There’s nothing quite like that sweet spot, but when Bonny Doon relocated its tasting room to the charming little seacoast town of Davenport in 2013, that somehow felt right.

Getting the news that the Davenport tasting room is closing right before Christmas, on Monday, December 23, actually, is a real downer. But it’s not all doom and gloom. As always, with the contrarian Randall Grahm, he’s zigging while the rest zag.

We chatted with the Duke of DEWN, the venerable Rhone Ranger himself, to learn the reason behind the closure. “The wine business is not what it once was,” says Grahm. “Traditional tasting rooms don’t quite support themselves anymore. People are looking for different and unique experiences. The world has changed and we need to take things to another level.”

He’s planning to transition the tasting experience to Popelouchum, his bucolic San Juan Bautista vineyard site, where he’s got about 7 bearing acres so far, and plans to plant more. The site could eventually support 80 acres of vines. Ironically, the grape he most wanted to grow there, pinot noir, has proven a disappointment, but Grenache arrived to save the day, along with Cinsault, one of Grahms’ longtime loves. He’s truly excited about the wines the estate is producing: there’s just not a whole lot of them just yet.

There is a silver lining to the Davenport tasting room closure. You can purchase wines now at extraordinary savings (30-60%), including magnums. You’d be insane not to snag a couple of 2006 or 2007 Cigare’s in magnum at these prices—too low to print: so low, they are net prices, with no additional discounts. As Grahm says, “Everything just tastes better in magnum.” He’s especially excited about vintages from 2003 on, as they did some new things to really bring more structure to the wines.

Check out the Bonny Doon website and get your fanny down to Davenport before these deals are all Doon. Now’s a good time to pick up your wine club shipments, if you have any extant.

Speaking of the club, Grahm says there’s great stuff awaiting DEWN club members, with two releases scheduled for February and April. For the February shipment, wine will be available to pick up at the office in Santa Cruz, at 328 Ingalls St. for those who would prefer to pick up rather than have it shipped.

Grahm hopes to add some new club wines beyond the spring shipments, including some sparkling Riesling that Barry Jackson is making. He’s also got a glint in his eye for a potential sparkling Grenache from Wirz Vineyard in San Benito. “The acid is off the hook: it begs for sparkling!” Like butter and bacon, bubbles make everything better.

Wishing you Dooners a festive holiday season, Grahm hopes you’ll add some Doon cheer to your table: “We sincerely thank you for all of the love and support you have shown us over lo, these many years. The Doon Abides!”