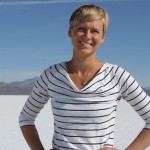 Geneva Liimatta and Eric Ristau were wandering the farmers’ market at Monterey Peninsula College when they met Tom and Laurie Coke, who have grown certified organic vegetables on their Aromas farm for decades. Married 62 years, the Cokes still haul their harvest to the farmers’ market each week where they serve loyal customers exquisite lettuces and other produce. Intrigued by the Cokes, their produce and their conversation, Liimatta and Ristau paid a visit to T&L Coke Farm with camera in tow, to hear their story, and document it for others. Their goal was to reveal who the Cokes are as a family and as organic farmers, and take a look at the lives behind what they bring to market each week.

Edible Monterey Bay is pleased to announce that this video is the first in a quarterly series videos called The Farmers Market Series that Liimatta and Ristau will produce for Edible Monterey Bay and that you may find on the magazine’s website. Installment No. 1 may be found here: http://vimeo.com/42180346.

Liimatta and Ristau, who have been together five years, established Tidepool Films as the newest incarnation of their production company when they moved to Pacific Grove a couple of years ago. The name came from the tide pools near their new home, and their sense of the exploration and creativity in their work, coupled with their infatuation with the beauty and cinematic stories awaiting them throughout the Peninsula.

“Whenever we make a film on any subject,” says Ristau, “we learn a lot more about the idiosyncratic elements of where we live and what is important here, and it helps us not take it for granted. When we go to a farmers market, it’s easy to look at what they have for sale, and miss the people standing there ‒ who they are and what they value. We’re always ready to get our boots dirty to tell the stories of the land and the people who work it.”

These organic farmers are choosing to do something that certainly isn’t easy, says Ristau, and is not usually high profit. “These people have to be in love with what they do. I love that we, as filmmakers, get to explore these topics, and not take these people and their work for granted. It is worth having conversations with them; to dig a little bit deeper, get to know these individuals, and bring their stories to the surface. I find that really rewarding.”

Ristau’s penchant for filmmaking grew out of a boyhood hobby, playing with an uncle’s video camera. He went on to radio as teen, followed by careers in television and advertising, which led him into journalism. “Documentary filmmaking creates a nice intersection between movie making and journalism,” says Ristau, “both of which I love. I don’t want to work in Hollywood, and I don’t want to be a daily journalist, but combining image making and storytelling is magic. And we feel very fortunate to do this for Edible Monterey Bay magazine.”

Liimatta, a writer, photographer and filmmaker, also developed a passion for her work early in life. During middle and high school, she studied photography under Cornelia Hasenfuss, whom she found “endlessly encouraging and patient with me. I learned everything I know about light and framing from her.” Using a Pentax 500, Liimatta carted out her camera and shot whatever caught her attention. She pursued photography primarily as a hobby until she met Ristau, and fell in love with the man and with his modern camera.

“Today’s cameras are so small, so compact, super efficient and so versatile,” she says. “I feel my photography has allowed us a lot more freedom in our work. We do a fair amount of overseas photography and filmmaking, and we don’t stand out from the crowd. With our cameras, we look like tourists, which is so liberating.”

Liimatta’s photography style, says Ristau, contrasts with others in that she has a very naturalistic approach. “She uses vintage lenses,” he says, “which are extremely light sensitive. The traditional studio shot is the antithesis of what she does, and only recently has that become possible.”

Tidepool Films, which offers video production and post-production services for commercial, nonprofit and corporate clientele, has taken the pair around the world to create projects ranging from national campaigns to humanitarian films in Africa.

“The work,” Liimatta says, “never gets old for us. We are dedicated to storytelling with a purpose. When we look around the Monterey Peninsula, we sense something magical about this place. We are committed to celebrating local people and businesses that are doing things we believe in; we feel strongly this is not only a special place, but also a place of special people with rich stories to tell.” 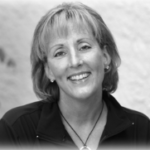