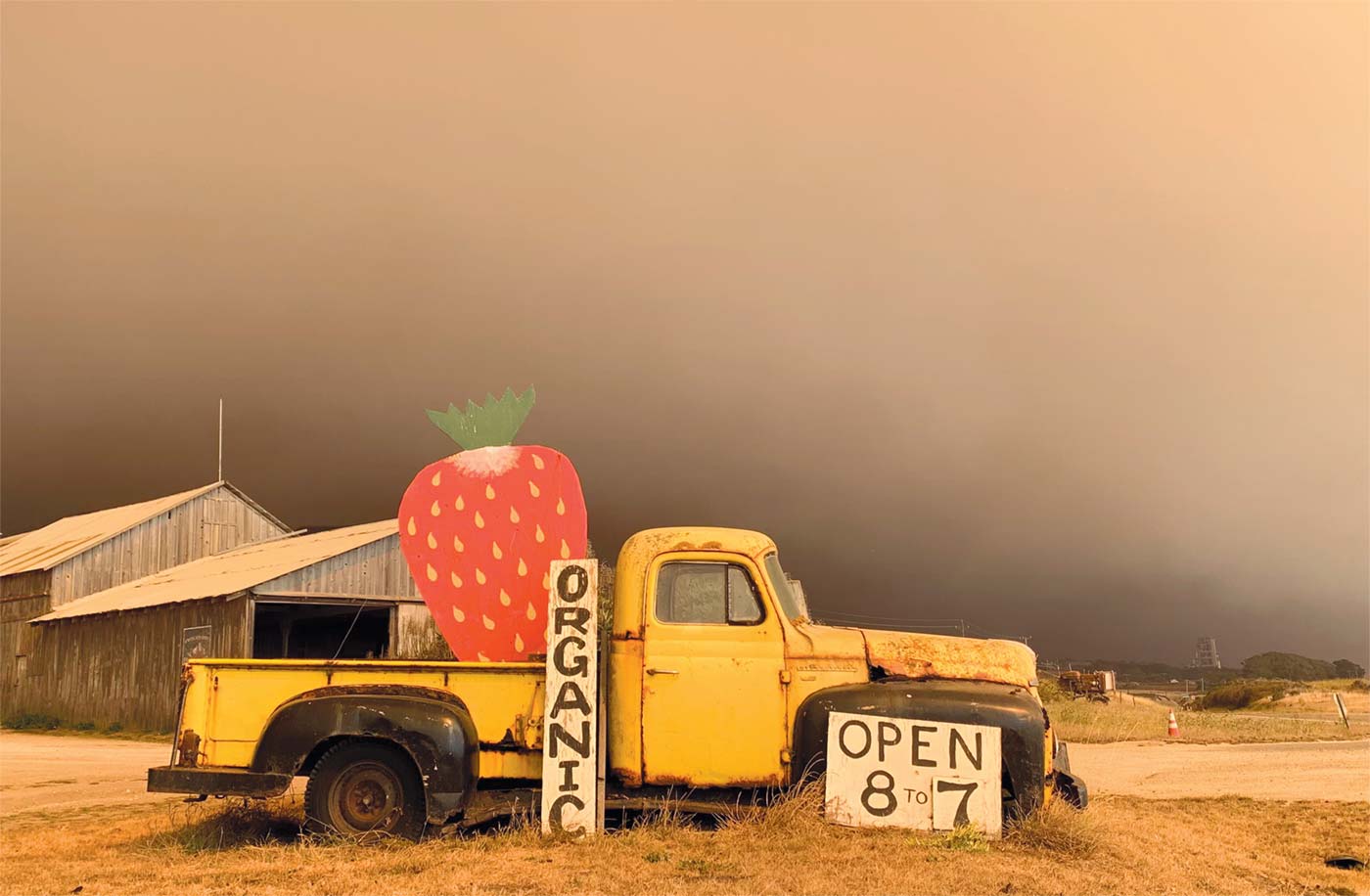 Meanwhile, another category of recipes has proved timely: recipes on how to help the most vulnerable amid crisis, recipes on supporting independent restaurants, and recipes for confronting racial and social injustice (including two jarring racist incidents).

Collectively, EMB’s humble hope is that they offer a partial recipe for sanity.

Here we revisit some of those stories—and take a run through EMB’s most read online stories from the year gone by.

Please share your favorite stories and any feedback via info@ediblemontereybay.com

An atypical year calls for an atypical snapshot. So here comes a range of stories that, as a composite of superlatives, provide a reflection of 12 unique months.

Call it a control group to contrast with all the COVID-curated stories that appear here. This series of profiles features a groundswell of upstart endeavors and a reminder of what the pre-corona climate felt like.

Free Seaweed for All—and Other Tasty Tales of Hope

Speaking of recipes, some surprise foodie formulas accompanied a surprise giveaway that rallied dozens of Edible readers to a Home Depot parking lot. They received bags of living seaweed and a lot more, including a shot of optimism.

At some point—right around when time lost most meaning?—surreal and 2020 became synonymous. Still, when Edible Monterey Bay‘s founding publisher suddenly became a featured guest on national political shows for nothing to do with food, that bent reality like a pipe cleaner. It also provided context for compelling local protests demanding social justice in the wake of the Floyd’s murder in Minneapolis.

Plasticulture: Local Farmers Have a Complicated Relationship With Plastic, but Are Finding New Ways to Use Less

As EMB’s founding editor Sarah Wood writes, “Recycling is in crisis, plastic pervades food production and the extent of the harm it causes is still being measured.” Fortunately new solutions are in development, and already in play.

Ublendit broke into the Santa Cruz spirits world by debuting house-branded liquors for the likes of Hula’s Island Grill and The Catalyst. Now it’s well on its way to breaking how the classic distribution model works.

The reinvention and redemption of a trash-piled backstreet works as a metaphor for a lot more.

Breaking news this is not: Healthy diets contribute to better outcomes for individuals and societies. But a movement to remake the healthcare industry to ground itself more in access to fruits and veggies is making in-roads like never before, with a lot of action happening right around Monterey Bay.

Code Red: Already Devastated by the Pandemic, Farmers and Chefs Step Up to Help in Fires

No fewer than four wildfires terrorized the Central Coast, none fiercer than the 85,746-acre CZY Lightning Complex Fire. As is its tendency, the hospitality community rallied to support others in innovative ways.

Maybe it was pent-up demand for eating out, an appetite for good news, or the sheer appeal of the restaurants, grocery stores, distilleries and breweries in the works, but some of the most popular reads of 2020 looked at what’s coming, many of which have since opened. Other stories dug deep into stunning restaurant sales and physical and verbal violence in the dining room.

This piece paired with five to anticipate across the bay in Monterey, and previewed openings like 2. Venus’, which proved to be another most-read piece of the year.

Rumors of the sale of three of the region’s landmark destinations had circulated for months. Still, this caught many insiders by surprise. The new owners’ approach is as intriguing as it is well-thought-out.

Viral videos helped hold bad actors at Lucia Restaurant and Alderwood accountable. The good news: A hero at the former raised a boatload of money for her bravery. The bad news: Apparent criminal behavior at the latter has yet to lead to charges.

The gourmet++ grocery represents a long-held dream realized for the former owners of Carmel Belle, who appeared on the most-read list twice (the other story broke word of Belle’s sale and plans for Elroy’s; another piece introduced Belle’s new leadership).

Kathryn McKenzie’s spotlight of Liz Pollock’s book Lost Restaurants of Santa Cruz County delves into a wealth of textured Surf City eatery history told by a woman who was there personally.

The best part about this piece: It preceded one of the good-news-tales-of-the-year on Wood’s next chapter, “Woody’s at the Airport Is a Dream Come True.”

This retrospective represents one of the most-read list’s few entries published in 2019.

The scene on sidewalks-by-the-sea was intense as Carmel was mercury quick to empower restaurant survival with patio and even parking-space seating.

10. Watsonville Brothers Slice It Up

This pizza love story by Raúl Nava ran in January as the Slice Project opened in the old Fox Theater in downtown Watsonville to rave reviews.