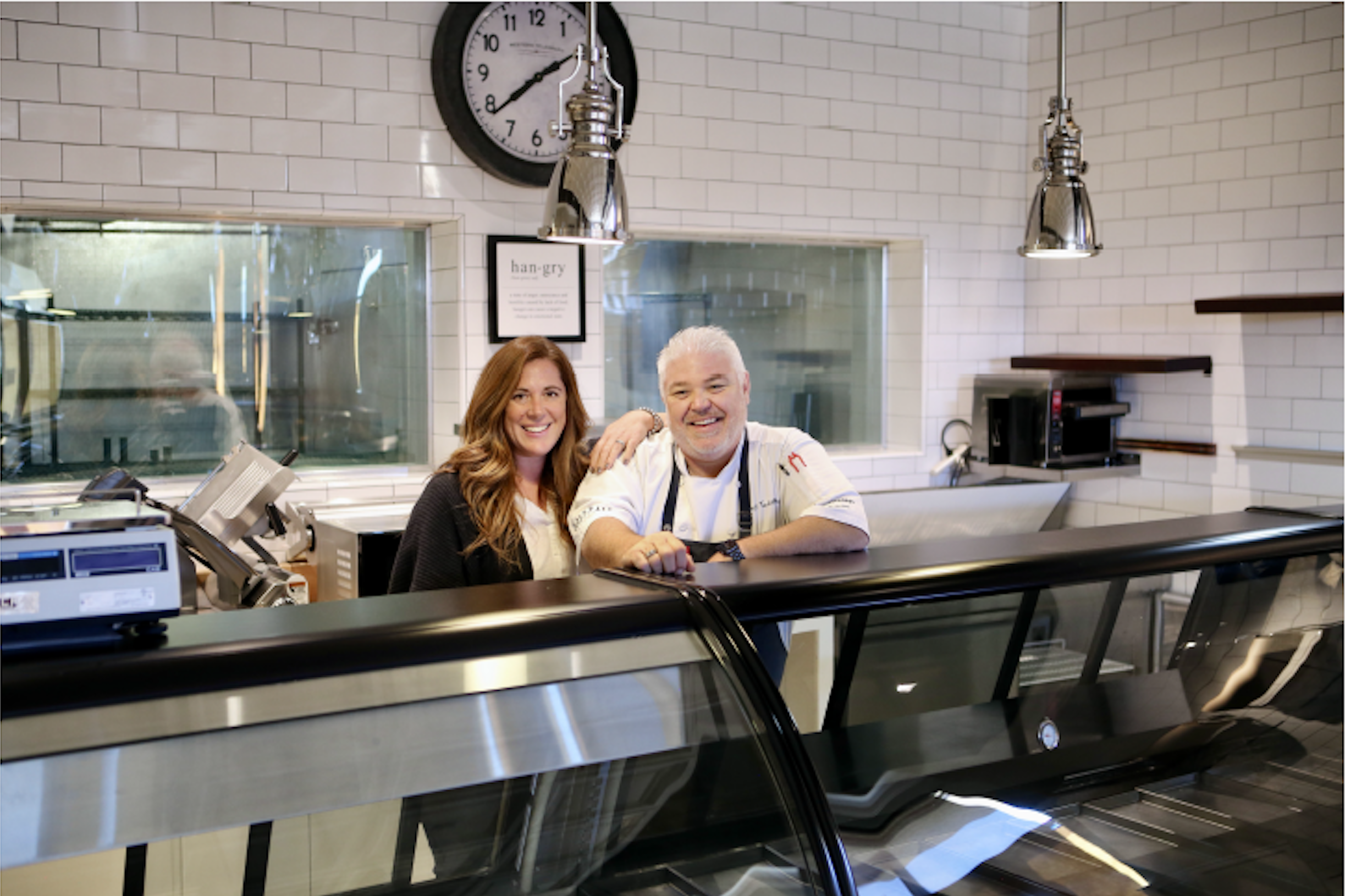 September 28, 2021 – What appears to be one big—and welcome—story for local food lovers actually contains a half dozen storylines. And those include a dream come true for a couple that qualifies as Monterey County restaurant royalty.

The simple version of the story: Ada Fisher and her husband chef Todd Fisher have acquired popular boutique butchery The Meatery in Seaside.

That’s big because people in Seaside and parts across the Peninsula love them some Meatery choice cuts, daily specials, curated prep goods and pop-up items.

And it’s big because Todd Fisher has demonstrated a vision for great eateries and well-sourced proteins across a range of restaurants. Those include former cult hit Hullabaloo of Oldtown Salinas, Tarpy’s Roadhouse in Monterey, and those he currently helps mastermind with the Folktale group as VP of culinary ops, including 7th & Dolores Steakhouse and Rise + Roam (which just get a new lead chef itself) in Carmel.

But back to what makes this news all that much more compelling, namely the less obvious elements of the project.

Yes, it will be a tasty place to track down, say, a dine-in lunch of artisan sausage or a takeout truffle chicken dinner. But it also will deliver a number of other functions, which is where the other storylines figure in.

For one, it will furnish a production space for the Fishers to realize a long-simmered ambition to make their own branded sauces and spice blends for retail sale. The name is currently under development, and the goods run a wide gamut—think rubs, marinades, brines, salsa verde, cheeses

“There are 25 years of ideas that have been bottled up, and need to get bottled, pun intended,” Todd says.

“We’re putting action to the ideas we’ve had over many years of being on the Peninsula,” Ada says.

They cite a popular COVID subscription service through which chef Todd supplied followers with dry-aged steaks and seasonings as part of the inspiration. “People loved the ingredients I used and the chance to take them home and be educated on how to use them,” he says. “We quickly realized consumers wanted this sourcing and expertise, and shortly thereafter, The Meatery opportunity came along.”

Beyond that, it will work as a prep space for 7th & Dolores and expanding Folktale catering projects, allowing Fisher to 1) free up the crowded kitchen in Carmel-by-the-Sea, 2) dry-age steaks in house, and 3) deploy hard core kitchen machinery like a meat-cutting bandsaw.

“The majority of the purpose of this project is the kitchen,” he says.

Fisher gushes about the kitchen’s potency while nodding to its former owners Kevin Hincks and Gina Nucci.

“Kevin and Gina spared no expense when designing the kitchen. It truly is a chef’s dream—a culinary Disneyland,” he says. “This space will be a launching pad of sorts. We wanted to build something new, something great, but needed something great to start with. This is our first step.”

There’s more in play on top of all that, including something that might boost restaurants around the area, many of whom are struggling with staffing shortages. Call it to-order mise en place or even an outsourced sous chef. Fisher plans to field orders from his many contacts in the hospitality world—for everything from chopped cucumber to veal stock to salad dressing to pico de gallo—then procure the product and ready the goods in compostable containers.

“Think of it as a commissary for select Monterey Bay restaurants who want or need the help,” he says. “It will be like they made it in their own restaurant. Requests are already coming in.”

When confronting their own staff challenges, the Fishers have turned to a reliable place: family. Eldest son Parker helps run the floor and assembles the wine list at 7th & Dolores and several other offspring—who have experience as bartenders, baristas and caterers—will aid the launch of The Meatery.

“Our kids have been who we’ve leaned on the most during this staffing shortage,” Ada says. “They’re hardworking, well-versed in the restaurant world and they care—it’s been rewarding to both of us having them involved…[the] bonus is working together is family time.”

The storefront, which sits just east of the heart of the Seaside downtown redevelopment happening on Broadway/Obama Way, will be open Fridays and Saturdays starting around the beginning of November, though The Meatery will be taking orders and pre-orders daily.

Retail pop-ups will also be scheduled in coming months, as well as catering services for office parties, meetings and family dinners, which will be dialed in for the holiday season.

A new pickup location is also in the works in Carmel Valley, yet another promising outcome made possible by the acquisition.

“It will certainly be a transition, but we are excited for the change,” Todd says, “and to share more of our creations and vision.”

The dream, in other words, just got real.