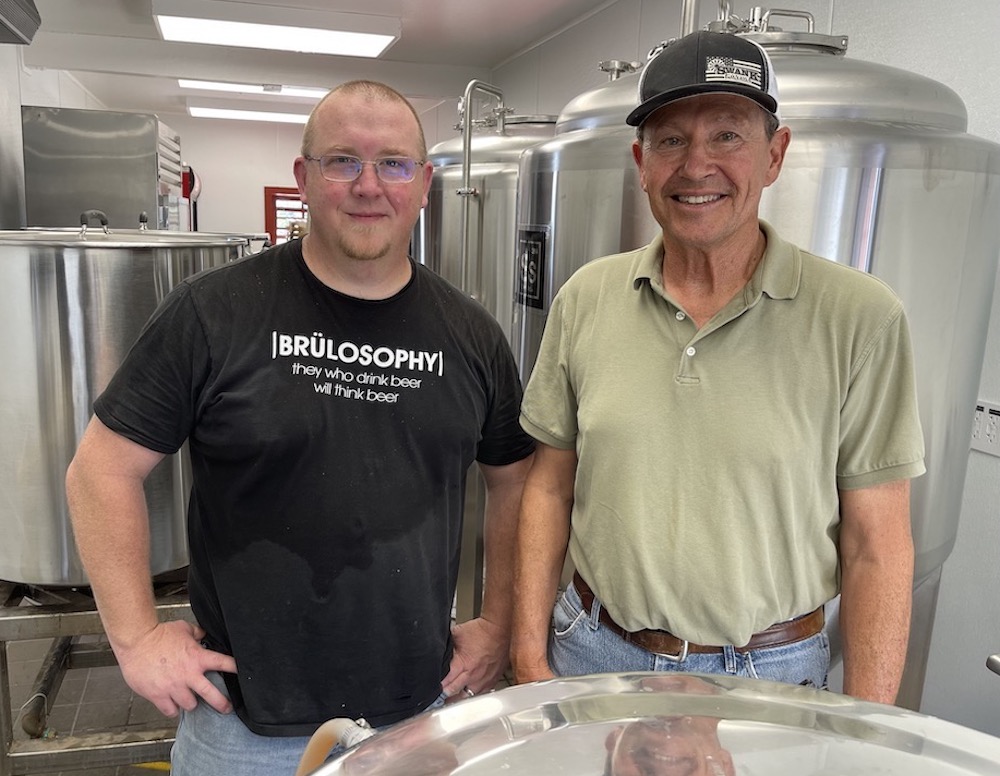 September 14, 2021 – When Bonnie Swank proposed building a barn to serve as an event and wedding venue at Swank Farms in Hollister, her husband Dick Swank insisted, “If Bonnie is going to get her barn, I am going to brew some beer there, too.”

The barn opened for its first event last March—a memorial service for Bonnie who passed away just two months earlier. But before she died, she saw a staged wedding at the barn and she tried the first beer from Dick’s fledgling brewery, the Swank Beer Experience.

Brewing for the Beer Experience is the job of Jared Gill, who met Swank through a mutual acquaintance who sells seeds to the farm. They were a perfect match from the start.

“The first one I had was a Keller beer that had been aged in oak,” Swank recalls. “I don’t have the complex tastebuds that Jared has, but I like what I like and all it took for me to set up this system was Jared saying yes.”

Gill began home brewing ten years ago, using a quarter-barrel system that allowed him to brew about 15 gallons at a time.

“When the craft beer scene started, there were a lot of beers I liked that I could not find on the shelf, like the German lagers and Belgian ales,” he says. “I wanted to teach myself how to make them so I could have them any time I wanted.”

Over the last few months, the barn has been the testing ground for the operation, with Gill producing a variety of beers to be served at weddings and parties. But they scaled up ahead of the public debut next week.

“The system I had is just too small for what we want to do,” Gill says. “It really limits the output and every time we have an event, we are completely selling out of beer.”

They have expanded into a two-barrel system that produces 60 gallons at a time and they are using oversized fermenters that will allow them to expand to three and a half barrels. Gill plans to use his quarter barrel system to make some of the more time-consuming beers, like his triple Belgian ale.

The brewery has gone into full production in preparation for the annual Swank Farms Fall Experience, beginning September 18, which includes a you-pick sunflower field, a haunted corn maze, and a pumpkin patch. Two new beers will be available to the public for the first time: a Märzen called ”Bonnie’s Oktoberfest” at 5.8% and “Sammykins” at 5.4%, a wheat honey lager made using MJ Bee Farms honey.

“The Oktoberfest is my favorite style drink,” says Gill. “I enjoy making it but it is a real labor of love with how meticulous you have to be with ingredients, temperatures, and times. There are five different styles of grain and a multi-step mash. You start off at a lower temperature and work your way up being very careful not to miss any of the temperatures—missing one for any amount of time will change the flavor profile.”

The two beers share similar qualities: a light hoppiness, a trailing touch of bitterness, a smooth mouthfeel, and an elegantly clean finish. The Oktoberfest has a charming note of fruit in the middle, the Sammykins resolves with a dark honey flavor.  Both are light in alcohol.

“Our primary target audience is people who are here for the corn maze or events and parties,” Gill adds. “You can’t have beers that are 8% or 9% or you would just be gone. Our goal is to make beer that you can enjoy while watching the kids run around.”

The smoothness and complexities of the beers are a nod to Gill’s wife, Amy, who is assistant winemaker at Calera Wine Company, recently named one of the 100 wineries in the world by Wine & Spirits magazine.

“The kind of beers I like are inspired by Amy’s winemaking,” says Gill. “Calera’s Pinot Noirs are known for their amazing complexity. Like that, I want everything in my beers to blend together so when you drink it you can enjoy picking it apart and discovering the flavor components.”

Swank supplies organic produce to high-end restaurants from Santa Cruz to Carmel, as well as selling at farmers markets throughout the region. His enthusiasm for the beers is infectious, and he is already talking about expanding the operation to supply restaurants and taphouses as well as producing specialty beers once a month.

“Jared understands the chemistry of making complex beers,” he says. “At the moment, the Oktoberfest is my favorite but they are all so good and all so different. We think we have a really good situation to build a business: our location, the barn, Jared’s ideas for the future. We think we can take this a long way. It is going to be easy to get this beer out there.” 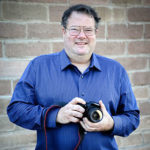 Robert Eliason is a documentary photographer and photojournalist and has been based in San Juan Bautista for the last 12 years. Recently he has been doing extensive reporting on the wineries, breweries and specialty food companies of San Benito County, and is documenting the history of the Cienega Valley wine region.

This author does not have any more posts.