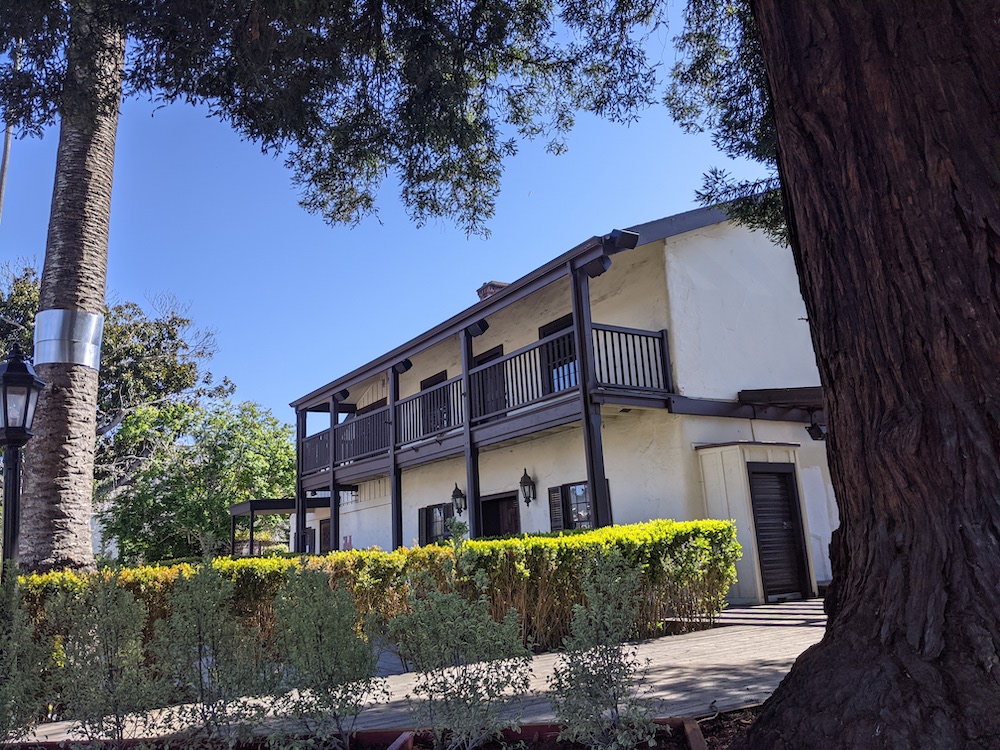 The restaurant-in-the-works at the landmark Stokes Adobe involves a seemingly endless number of tasks to realize the vision its owners have for the property, and one that was famously Gallatin’s and most recently Restaurant 1833. Daughter-father leadership team Sarah and Peter Orr are assembling an approachable, affordable and ingredient-driven experience based on seasonal California cuisine and craft cocktails, as outlined in detail via an interview with Edible Monterey Bay published Feb. 9.

Perhaps most central to that vision: a gifted chef adept with fresh ingredients sourced from nearby places. Now they have that in Justin Robarge.

Robarge arrives from a nearby place himself: He most recently helmed the kitchen at award-winning Montrio Bistro just a few blocks away. Montrio Bistro, which along with its sister restaurants Rio Grill and Tarpy’s Roadhouse was sold in May 2020, is currently closed for remodeling.

Montrio marks the most recent chapter in nearly a quarter century in kitchens for Robarge, who started in the industry at just 16 at a pub restaurant in Keene, New Hampshire. He attended both New England Culinary Institute and Cornell University Hotel School, where he was executive sous chef and did some teaching. He helped open fine dining destination The Cliff House at Pikes Peak and fondly remembers being yelled at in French at The Chanticleer on Nantucket Island in Massachusetts. But he says he’s proudest of his time in California, where he’s staffed Deetjen’s Big Sur Inn, The Santa Lucia Preserve and ran the show when Cannery Row Brewing Company was at its peak.

“They have all built me up for this moment,” he says of his previous jobs. “I moved out here when I was 24, not knowing a single person in California, to 17 years later being offered the executive chef job at this very cool historic location.”

When asked what excites him most about the opportunity, he’s quick to cite the kitchen.

“I have day and night dreamed about this kitchen for a long time,” he says. “I love the size of it, its layout, equipment, and all the black marble and white tiles, but mostly I’ve dreamed about how I would run it. I am very stoked to bring back a locally treasured establishment in Monterey.”

Tony Tolner was part of the hiring team at Montrio and is among many who think Robarge is well-suited for the slot.

“Justin is well-trained, talented and works well with people,” Tolner says. “I think he’ll be a great member of that new team.”

Montrio bar director Anthony Vitacca goes into greater depth. When I messaged him for comment he asked if he could compose his thoughts and send an email the following morning. His endorsement ran 400 words.

“I don’t use the term ‘friend’ lightly,” it reads in part. “I consider Justin a good friend.”

He describes Robarge’s dedication to his twin children (“Those two beautiful kids are his yesterday, today, and tomorrow”) and adds that level of commitment carries over to his professional duties.

“Justin’s desire to excite his guests with fanciful, exotic ingredients and molecular techniques borders on obsession,” Vitacca writes. “It is this devotion to go above and beyond to create lifelong memories for the guest that drives him.

“[He’s] without a doubt one of the most talented young chefs on the Peninsula, and will be sorely missed from his previous employ. I have no doubt he’ll take his next kitchen to a whole other level.”

“By focusing on these items I set myself up for the best level of success by offering the best product possible,” he says.

Sarah Orr, an industry vet who has restored Margaritaville in Capitola to institution status as a hands-on operator, has been nothing if not methodical in navigating a labyrinth of property clean-up, updating, permitting and more with the as-of-yet-unnamed restaurant. She’s also so attuned to how passionately people are watching the long-adored location that she sought to postpone this piece so they could, among other things, further distill an understanding of potential menus and arrange new chef whites for a photo. But the stress that comes with all those varying demands seems to ebb just a bit when she articulates what it means to bring Robarge aboard.

“I feel very fortunate he wants to be part of the project,” she says. An opening date has not yet been set.