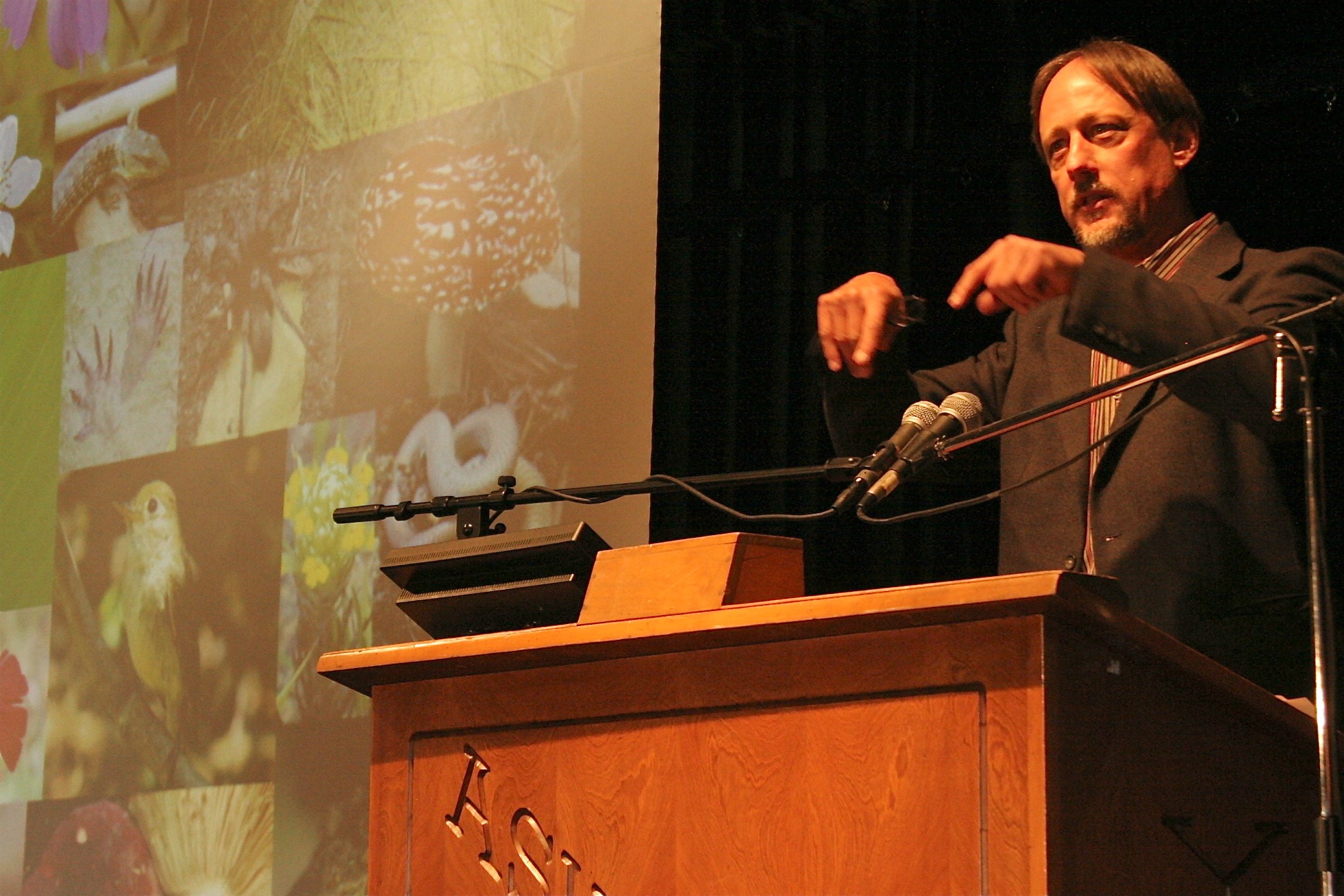 The power of unity in promoting sustainable farming practices was a recurring theme of the 32nd annual EcoFarm Conference held this week in Pacific Grove—and hope for positive change ran high.

“This is the first year that the National Farmer’s Union has joined us,” said Executive Director Ken Dickerson, who also welcomed more than1,700 organic farmers, ranchers, suppliers and eco activists from around the country to the event at Asilomar Conference Grounds.

The conference provides a yearly opportunity for networking and learning from an array of 65 workshops that are held over the four-day event, on topics ranging from soil testing to making sauerkraut.

“The United States is in trouble because so much manufacturing has moved overseas, but one of the last real wealth producing sectors is agriculture,” he said, “So what we need to do is join together and speak out, to raise our voices about holistic farming practices.” Dickerson said the best solution to current economic problems is decentralized food systems – which result in money circulating 27 times more through local economies. In a plenary session, policy consultant Katherine Dimatteo said that although organic farming represents less that one percent of global agriculture, the United Nations now recognizes in official reports that the solution to world hunger lies in small family farms and that organic practices are more productive than conventional farming in places that suffer from food shortages.

Dimatteo, who headed the Organic Trade Association for 17 years, quoted Margaret Mead saying, “Never doubt that a small group of committed citizens can change the world. Indeed, it is the only thing that ever has.”

Urging conference goers to “Put the culture in agriculture”, Dave Henson said that “governance structures have been hijacked by corporate interests” and warned, “If we don’t address the problem of government, organic agriculture will never become mainstream.”

Henson, who directs the Occidental Arts and Ecology Center in Sonoma County, said he was pessimistic about action at the national level, but said progress is possible at the local, regional and state level through groups like the California Climate and Agriculture Network (CalCAN), which was recently successful in passing the Renewable Energy Equity Act, making it easier for farmers to use alternative energy.

“I look forward to the day in which toxic agriculture will be disallowed or taxed,” he said.

Another focus for action is the upcoming 2012 Farm Bill. “The Farm Bill is like the Olympics of food and ag policy and lots of medals are given out in the form of millions of dollars in financing for certain programs,” said Daniel Imhoff, author of the book Food Fight: The Citizen’s Guide to the Next Food and Farm Bill.

Imhoff urged organic farmers to participate in the “games” but acknowledged that in the current climate of budget cutbacks the organic sector is just trying to hold on and protect gains made in the 2008 Farm Bill.

There are three pillars of the Farm Bill, the largest chunk of the multi-billion dollar pie goes for food stamps, school lunches and other nutrition programs. The second chunk of money goes for direct payments to commodity farmers and the third and smallest portion goes for conservation programs.

“Conservation cuts should not be where all the cuts are made,” said Imhoff.

“Let’s make sure we are not handing out money to farmers who don’t need it, who don’t follow sustainable principles or those who aren’t actively involved in farming,” he said, pointing out that millions of dollars in farm subsidies are mailed each year to addresses in Manhattan!

The National Sustainable Agriculture Coalition is lobbying to put the Local Farms, Food and Jobs Act into the 2012 Farm Bill. It would provide $100 million in funding to help small farmers and ranchers improve their access to local and regional markets. It also allows school districts to spend up to 18% of their federal school lunch funds on locally grown produce, helps diversified farmers get crop insurance, provides training and makes it possible to use food stamps at Farmer’s Markets. Monterey Bay Congressman Sam Farr has already signed on to the bill, but conference participants were asked to contact their representatives and senators in support of the legislation. More info at: http://sustainableagriculture.net/our-work/local-food-bill