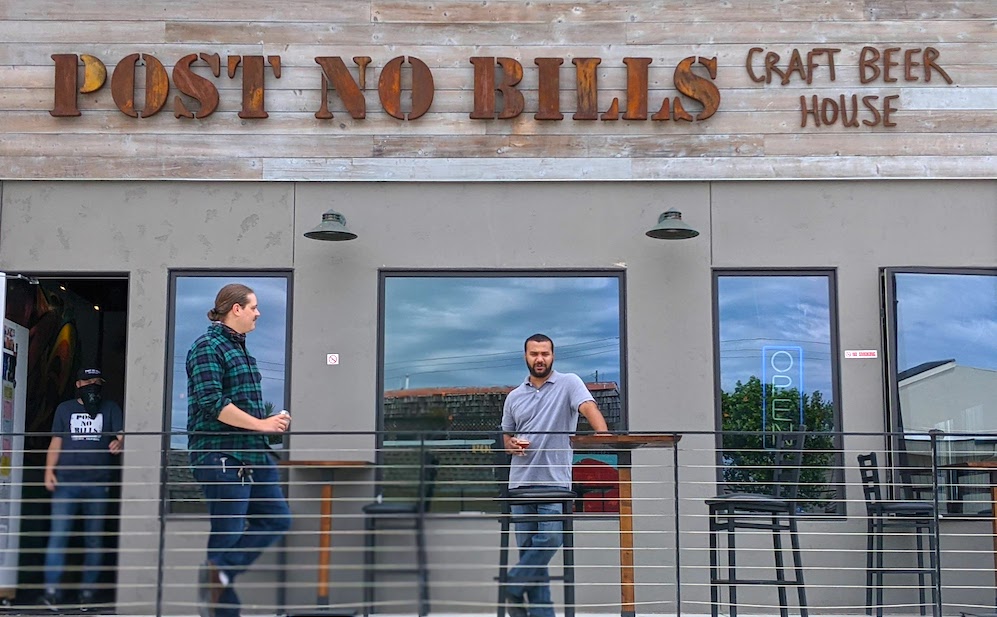 That represents great news for brew lovers locally. It’s also one of the few sure things about the project at this point. Much remains TBD, including a timeline for opening.

“As far as a time frame, it’s shoulders in the air, nobody knows,” says co-owner Michael Kohler. “The answer is we have to see. It’s not going to be open for quite a while.”

Other unknowns include how they’ll translate the graffiti aesthetic and big-flavored selection that made PNB a cult hit—and then a craft beer destination—to a widening audience.

“Street art is a motif we’ll continue,” Kohler says, “but the new spot is not a recreation of Sand City. It will have its own energy and its own aesthetic.”

To that end, he adds, features he and co-owner/operator Kye Ricks want to carry over include tangibles and intangibles.

“We definitely want to cultivate the supportive casual atmosphere that is beer-centered, and the sense of community that crosses demographics,” Kohler says. “The way PNB has become, we think there’s a real need for space like that at the mouth of [Carmel] Valley.”

Fortunately staffing doesn’t appear to be as challenging as it is for many bars and restaurants these days, since Post No Bills can export members of its veteran staff from Sand City.

The beer options, meanwhile, won’t vary so much in style as scale. The plan is to begin with a more limited lineup as they suss out what’s working. Carry-out bottles and cans will also be featured as they are in the OG location.

Other elements that are still being arranged include the number of taps and whether or not Post No Bills Carmel will serve food. (Sand City, which flows from 16 taps, allows BYO food and frequently hosts food trucks.)

Ricks is quick to echo Kohler on the amount of unknowns, “There’s so much we don’t know,” he says, but he does add one thing everyone can bank on.

“We’re going to have great beers,” he says. “That’s one guarantee.”

Post No Bills joins an upswell of beer plots in uncanny spots at the Barnyard. Existing Carmel Craft Brewing Company is holding it down with pinball and pints. Coming-soon Irish pub and grill O’Callaghans is set to open in the former Flanagan’s space.

More info, including details on upcoming tap takeovers in Sand City, at postnobills.net.