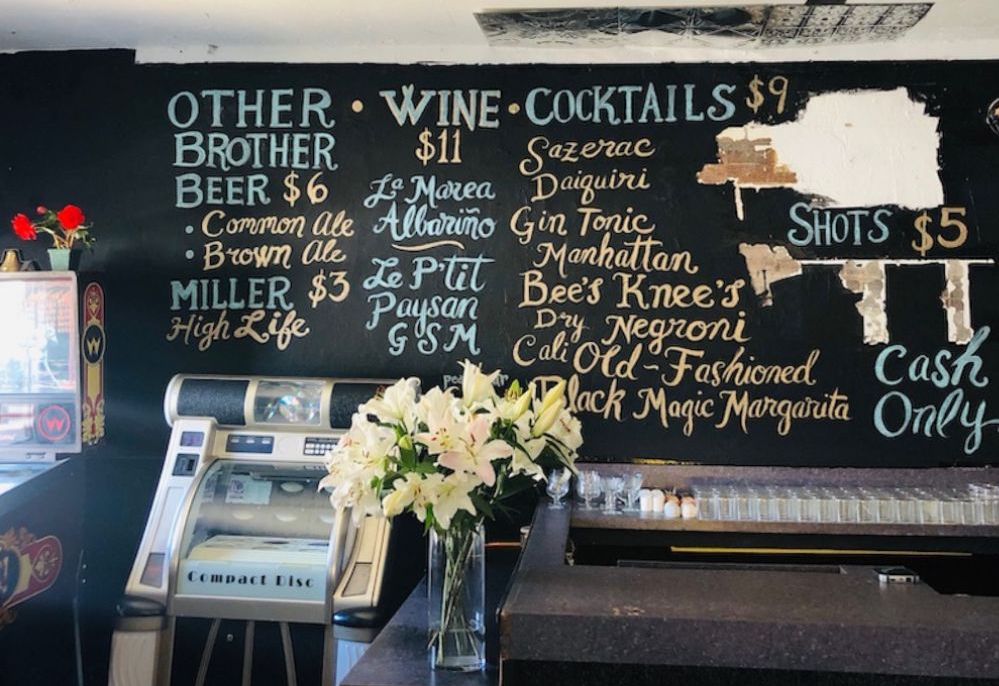 September 17, 2019 – It’s a good story, an American dream born on John Steinbeck’s Central Coast that he might appreciate.

Longtime local Katie Blandin got her start as a youngster in the farming world at Cal Poly’s Swanton Pacific Ranch.

Then she gained a whole different perspective on farming, taste-making and business while doing international sales and flying all over the world for Marina-based global power Ginger People, which specializes in using ginger in things like candies, beers, hot sauces and health shots.

She went on to launch a hand-made herbal tonic and tincture sister business, Golden Bear Bitters, a perennial winner in the Good Food Awards. And she assembled a working Sand City cottage headquarters, where she expanded her alchemy with new zests, syrups, herbs, oils, dried inputs and everything she could get her hands on.

Then she took all the experiential and experimental elements she’s gathered over years and years, stirred them up and poured them out, realizing a dream by opening her own craft cocktail bar on Lighthouse Avenue in Monterey this month.

Only this wasn’t her dream. It was part of a plan.

She knew the liquor license would be key for the success of her catering company (which is a good indicator of her business acumen). That means The Pearl Hour, in at least one way, is a happy coincidence.

And it’s the community that gets to tap into a dream situation: expert drinks for classic boozehounds and craft nerds alike, at a great spot that may very well reach its zenith on her watch.

Pearl Hour occupies the former Carbone’s, which was Ocean Thunder and After Dark before that. Its name honors a John Steinbeck line in Cannery Row: “It is the hour of pearl—the interval between day and night when time stops and examines itself.”

Locals who have examined this space will tell you it’s an underrated venue, thanks to its strategic location, a long bar, a small but very functional stage for live music or other entertainment, and an underused backyard patio. (Insiders tell EMB that on top of more predictable updates to the carpet, paint and bar surface, plans are in the works for an overhaul of the outdoor space to recapture the jungle-like feel it had as After Dark, complete with gardens of herbal ingredients and garnishes.)

A tribute to After Dark, which held the spot at 214 Lighthouse Ave. for two decades, appears on the specials board, and will likely migrate to the main menu. (Drinks honoring Carbone’s and Ocean Thunder are also under consideration.)

The After Dark cocktail combines cane juice rum (rum agricole), lemon, honey, Borba Farms passionfruit, Bordiga Bitter and Rosso aperitif, plus absinthe that’s poured on the passionfruit and set on fire. The drink is the brainchild of Pearl Hour collaborator and hospitality pro Chris Garrecht-Williams, who has bar-tended from New York to Paris to Santa Cruz.

For now hours are Thursday-Saturday 5pm to close (usually between midnight and 2am). Come October, hours will expand to five days a week.

Farmer and EMB contributor Jamie Collins hired Blandin at Serendipity and supplies produce for her concoctions. Citing how creative Blandin got arranging their farmers market displays, Collins is eager to see how her talents translate at the New Monterey space.

“Katie has always been an artist, from her days making abalone earrings to special foraged drinks and tonics,” Collins says. “I have no doubt Pearl Hour will be an amazing and unique experience, from the cocktails to the decor. I’m so proud of her.