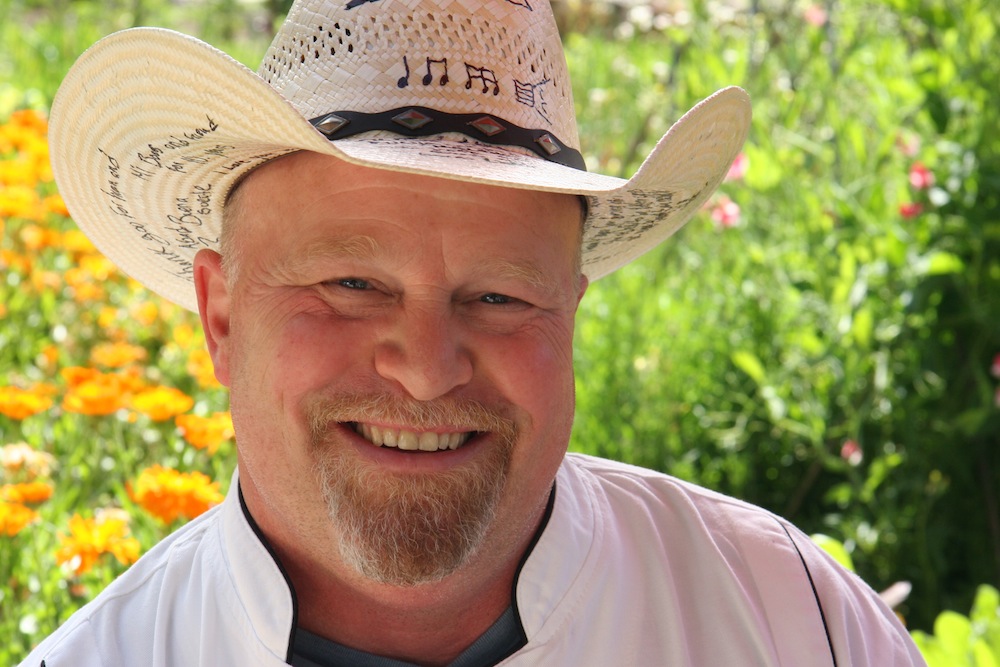 Post Ranch Inn’s Executive Chef Craig Von Foerster bid a teary goodbye to friends and co-workers last month at a sendoff held in the hotel’s vegetable gardens.  And then a week later, a group of local chefs held a potluck—which takes on a whole new meaning when your friends are high-end chefs—on the patio of Bernardus’ Marinus restaurant.

Von Foerster and his wife, Tamara, are returning to their midwestern roots to work a 65-acre family farm in southern Missouri and someday hope to open their own restaurant, serving only home-grown produce, meats and cheeses.

“It’s been the best 18 years of my life—and 18 years is 100 in chef years,” he joked. “But we are moving forward to something we’ve dreamed of for years.”

Von Foerster is not the kind of chef who seeks the limelight, but under his leadership the Post Ranch’s Sierra Mar restaurant received many accolades, including number 1 ranked hotel restaurant in California in Zagat Surveys. Its cliff-top location with floor to ceiling windows overlooking the rugged Big Sur coast inspires another type of reverence.

“He epitomizes the kind of chef that puts his soul into his food,” said Post Ranch Managing Partner Michael Freed. “But it’s not surprising that he is moving back to the farm. Craig loves farming.” The farm in Rogersville, Missouri—near Springfield—was once a dairy farm. So Craig and Tamara plan to raise cows, pigs and chickens in addition to growing vegetables. They’ve been spending vacations over the past seven years remodeling the century-old farmhouse and putting in a new kitchen that conserves original bead board walls and ceiling. There’s no timetable yet for opening the new restaurant.

“You know it’s every chef’s dream to have a small place of his own,” said Executive Sous Chef Matt Millea, who organized the send off.

Millea said seeing his friend and mentor go has been harder than expected. “I’ve been blubbering like a baby,” he said. “I have a reputation of being a ball-busting bastard, so this is really damaging to my image!”

Taking the reins at Sierra Mar will be John Cox, Executive Chef at La Bicyclette and Casanova in Carmel. John is also a favorite contributor to Edible Monterey Bay.

He previously worked as sous chef at Post Ranch from 2000-2003 and as head chef at one of the Inn’s sister properties in Maui. “John will be a great addition to Post Ranch,” said Freed. “He is a very creative guy and in the same mold as Craig in the way he treats people.”

“Every chef has his own style, so there will be some changes, but it will be just as great,” he added.