June 9, 2015 – The fast-growing Carmel Valley wine scene is about to get a fresh injection of excitement when Folktale Winery & Vineyards opens its doors on the former Chateau Julien estate next month.

Proprietor Gregory Ahn closed on the picturesque and unusually accessible 16-acre vineyard property—which features French Chateau-like buildings and runs from Carmel Valley Rd. to the banks of the Carmel River in Mid-Valley—in April. The Chateau Julien wine label will remain the property of founders Bob and Patty Bower, and has been relocated.

The name Folktale not only refers to what Ahn calls the magical nature of the place, but to story telling—and in particular, Ahn’s aim to tell the stories of Monterey County’s diverse, high-quality and unique terroir.

Beginning this summer, the winery will pour pinot noirs and chardonnays made from grapes from other Monterey County vineyards and made by Folktale winemaker Jamey Whetstone (also the winemaker for Napa’s Whetstone Wine Cellars and Manifesto! and a former manager of Cindy Pawlcyn’s Mustard’s Grill). Eventually, Ahn aims to offer private label wines from eight or so noted Monterey County winemakers as well as wines made from Folktale’s own grapes.

This is Ahn’s first winery and his first direct-to-consumer venture with Monterey County wines, but the Carmel resident is no stranger to the wine marketing business or the region. He spent a decade working in national wine marketing and brand management with major beverage companies including Constellation Wines before a love for the Carmel area and a possible transfer contributed to his formation of his own premiere wine distribution businesses, including his current company, Alcohol by Volume.

Ahn’s plans for Folktale include an intense focus on quality and boutique-size production levels. Its wines will also be diverse and will reflect changes that have occurred in the local wine world since Chateau Julien began making wines on the property in the 1980s, like the shift in emphasis on Bordeaux-style wines to Burgundy-style.

“While Chateau Julien was really a pioneer in Monterey County, I think what we want to do is present a broader perspective of what Monterey County wines represent,” Ahn says. “Standing here 30 years later, we’ve learned a lot about what works wonderfully.” When the property reopens to the public in July it will offer only a hint of his overall plans for the property, he says, which will take until next year to fully complete. This will include a refreshing of the buildings, redesign of the courtyard, relocation of parking for greater convenience, new vegetable and flower gardens, and eventually, livestock. He may also pursue organic certification for the vineyards, which are already SIP-certified.

On the event side, Ahn says the winery will continue to open itself to special events like weddings but he also wants to make it more of family place and organize more events for the local community, like vineyard dinners featuring food grown onsite, easter egg hunts and holiday concerts.

“This is such a beautiful property, I want it to be a center of activity and culture,” Ahn says. 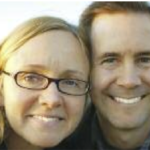