June 21, 2016 – Hot dogs have come to be synonymous with America and baseball, although the sausage without the bun (also known as a frankfurter or wiener) is culturally German. There is some discrepancy as to just who the first person to sell a hot dog a roll was, but the most widely accepted claim is that it was a German immigrant named Charles Feltman, who began selling them on Coney Island around 1870. Nearly 150 years later on the other side of the continent, hot dogs are making a comeback and they’re getting an upgrade.

Brittany Crass opened her gourmet mobile hot dog cart, Sun’s Out Buns Out, in Santa Cruz this April. She came up with the idea while talking to her boyfriend, Brandon Padilla of Shanty Shack Brewing. The brewery needed a food operation on site and they were trying to answer the question, “What goes best with beer?” The answer was a resounding, “Hotdogs, of course!”

Crass says, “We decided that beer and hot dogs were the perfect marriage.” Shanty Shack just got its building permit, and they plan on opening in about four months. She’ll be slinging her sausages there on a regular basis.

The combinations Crass comes up with are gourmet-level treats featuring Corralitos Market sausages, Farmhouse Culture kraut, and many of her own homemade ingredients and “secret sauces.” When asked where she draws her inspiration, she replies, “Anytime I eat anything, I’m like: Oh, I have to put this on a hot dog!” The bun and sausage are her blank canvas.

One of her most popular dogs has been the Aloha Dog, featuring pineapple sausage, red onion, pickled jalapeño, cilantro, and homemade teriyaki aioli. With combinations like this, it’s hard to tell why she doesn’t consider herself a gourmet chef. “I just think selling hot dogs is really fun!” she exclaims.

You can find Crass and her cart every Sunday at Corralitos Brewing Co. from 12-7 p.m., where her latest creation was the Father’s Day Buffalo Dog, made with Corralitos Market smoked Cajun buffalo sausage, blue cheese, ranch dressing, green onion, and Frank’s hot sauce.

Crass can also be found around town at Santa Cruz Mountain Brewing, New Bohemia Brewing Co., and East Cliff Brewing. And she’s working with the Capitola City Council to allow food trucks at Sante Adairius brewery. She caters weddings and events in tandem with Shanty Shack Brewing, too. But wait, there’s more! The hot dog stand on the corner of the Esplanade and San Jose Avenue in Capitola got a makeover this February, when it became Left Coast Sausage Worx.

Owner Josh Fisher, who managed the property prior to buying the stand, saw opportunity in hot dogs made with local, fresh ingredients. He sources bread from Aldo’s Bakery in Soquel, sausages from Corralitos Market, and uses local condiments such as Farmhouse Culture kraut and Twins Kitchen mustard. He comes up with inventive menu specials each week, which started out as “late night creations.” Fisher says he wanted to change things up a little, adding more creative items to his dogs, such as chips. “I was always putting chips on things when I was a kid. I like the crunch and I like the flavor.”

His weekly specials rotate through different sausages from Corralitos Market, such as lamb, chicken, and wild boar. There are also options for vegetarians and vegans, as well as gluten-free buns. His newest special is called the Italian Stallion. It features a chicken mozzarella sausage topped with mozzarella cheese, marinara pizza sauce, and Italian seasoning, all nestled in a fresh Aldo’s bun.

The old school among us can still find their standard fare at either spot. 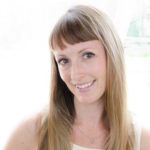