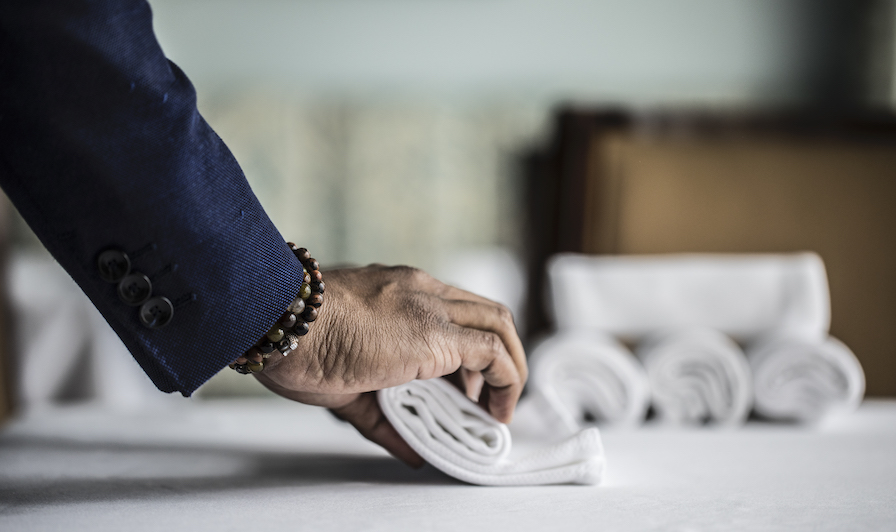 December 31, 2019 – One of the most positive patterns of the 2010s was the surge of eater consciousness—people showing an appetite for quality ingredients, as David Roth summed up beautifully in a piece earlier this week for Food & Wine called “The Decade We Learned We Where Our Food Comes From.”

Over the course of the last decade, he writes, we moved toward food that is “simple in the sense of being more about ingredients than technique, pegged not to classic tropes but the local realities of seasons and sources…became something like a movement.

“Small over big,” he continues, “understatement over swagger; simple things grown by small nearby farms over fancy things grown far away by who knows what agricultural concern; all of it not quite cheap but not anything like big-city expensive.”

That trend is reflected in EMB’s list of the most meaningful new restaurants of the decade, which appear below.

To be included here, the restaurant must still exist, which means the likes of Cannery Row Brewing Company—which opened at the start of the decade and closed just two months before it ended—and sister spot Restaurant 1833, which debuted a year later, will not appear.

It need not be sit down or fancy; in fact, blue-collar accessibility and value earn extra points on this list.

Finally, qualifiers must bring a full kitchen, so Fieldwork Brewing Company, while a welcome downtown Monterey addition, isn’t on the list, nor is Pearl Hour, the most clever new bar the original bay area has seen in years. Same for game-changing Post No Bills. Neither are two recent blockbuster additions with collaborating food purveyors—Dustbowl Brewing (with Wedo’s Tacos in the backyard) and Other Brother Brewing Company (partnering with Ad Astra Bread Company).

The results of 10 years in Monterey County food include a Beach House and a Butter House (the latter which barely missed this list), the area’s first Michelin star, and a whole range of amazing Italian places. It brought the Peninsula’s first totally vegan restaurant (the outstanding El Cantaro Vegan Mexican Restaurant) and a shoebox-sized nacho spot that became a late-night legend (Nacho Bizness).

Please furnish your thoughts via social media. Who are we overlooking? Who got too much credit? I know there are a bunch of recent new restaurants that almost made my top 20 (I see you Villa Aztecas and Alta Bakery), and I spaced on three absolute go-tos in il vecchio in Pacific Grove, El Zarape in Seaside and Chopstix of Monterey, Seaside and most recently Carmel.

OK, sticklers, you got me. Aubergine opened with L’Auberge in 2004, but it wasn’t until 2011 that executive chef Justin Cogley took the reins and launched a bold new era in refined eating with the goal of changing Carmel’s culinary credibility. James Beard recognition soon followed, and, just this year, the first Michelin star for a Monterey County restaurant. Seventeen other restaurants total were listed in the guide, including a handful that debuted this decade. Cogley’s alchemy of fresh product and impossible-to-anticipate presentations are worth the super-steep sticker price. (Note: I did include 20 restaurants on this list from here because this one represents a special exemption honoring the Michelin breakthrough at the very tail end of the decade.)

You could make a great case that the decade’s strongest category was Italian, particularly in Carmel, and la Balena belongs at the top of that list. The highest recommendation for this seasonal Tuscan countryside-style spot—which opened in 2012 and shines with dishes like its rustic wild boar pappardelle and Fogline Farm chicken—remains this: just how many chefs call it their favorite place to eat. Bonus points for coming in on the early side of a decade defined by ingredients and casual-over-fancy tendencies.

Sì, Gusto specializes in authentic Northern Italian-style pizzas like tirolese and bresaola and handmade pastas with rustic sauces like the bolognese and porcini-marscapone. But more than anything, it specializes in something wider: a neighborly environment, excellent ingredients, great value and quality execution, in a city that was starved for a stylish restaurant for years before Gusto came around in 2015.

From the same category of meeting-demand-with-a-delicious-plan: The former Old Bath House Restaurant got a full-blown rebirth in 2013 that makes the most of its Lovers Point perch with big windows and an 30-seat solarium. The Lovers Point Beach Cafe came along downstairs a few months later. Clever comfort food is the calling card here (think scallop pot pie, grilled pork chops and cioppino), and the Sunset Supper Menu (4-5:30pm) offers some of the best deals in town via big platters for $12.

This 2016 debut was a wowser in ways that approach spiritual, beyond the gorgeous-and-goth Dia de los Muertos aesthetic. Carefully curated mezcals pair beautifully with plates like the yummy seasonal molés and rellenos drawn from exec chef Michelle Estigoy’s Oaxacan heritage. Meanwhile the familial chemistry of the staff expresses itself in customer service that might be the most powerful effect. (Sidenote: on weekends they have tres leches French toast, and bonus points are most definitely in place given the strong spin-off Cult Taco in downtown Monterey.)

The single biggest coup of the wider downtown Monterey renaissance—one of the best local storylines of the 2010s—was this reinvention of the former State theater into a gorgeous space with stellar beer, soaring ceilings and better-than-expected food. Service can be iffy, but man the Great American Beer Fest medal-worthy beers make everything OK. The addition of a patio, beer garden, Salinas satellite production spot/tasting room/beer garden and mixed-fermentation sister spot East of Eden in Carmel all score points, and make this so much more than a brewery. This is a verifiable local treasure. If you believe beer is food, this might be #1.

Give me all those mango scallops, salmon tandoori, boti lamb kebab and avocado masala rice dishes chef/owner Bhupender “BD” Singh knows how to do—while sourcing consciously and prioritizing gluten-free. Give me the lunch buffet in a crucial Barnyard shopping property. And give me enough success with this mid 2010s starter that a sister spot sprouted in downtown Monterey. When you create two of the best three Indian spots in the area in this decade, you give yourself a top-7 spot.

The alchemy of Euro countryside ambiance (complete with cuckoo clocks), homemade pastas, schnitzel, rabbit with braised cabbage and addictive pizzas works wonders at this Oldtown Salinas linchpin, born in 2013 from the team that started Cafe Rustica in Carmel Valley. While prices have inched up, it still represents one of the better bang-for-the-buck options in the area, especially around happy hour.

The 2018 hit has experience and creativity in longtime Big Sur-based chefs Philip Wojtowicz and Brendan Esons, an approachable sensibility around its ingredients and presentation—check out the cornflake crusted chicken wings with honey mustard or the hippie hand grenade—and click with a loyal following that keeps the place buzzing. The specials are spectacular, the desserts decadent, the long redwood bar an idyllic slab to build around. This place has verve P.G. hasn’t tasted in a long time.

Cravings are a human condition, and with pizza lovers around these parts that condition has a home with thick deliverance, whether that’s Brussels sprouts pizzas or the best chicken bacon pie you might ever try. The craft beer options and family-owned friendliness run as deep as the pizza.

The year 2013 brought a bumper crop of superlative spots, this Mediterranean-Middle Eastern dinner destination notable among them. The food is good, the service enthusiastic and the value strong enough for Yafa to earn the region’s one and only Bib Gourmand, Michelin’s prize for places where a few courses and a glass of wine are very doable for $40. Here the standouts include ouzo shrimp, lamb ravioli and Teta’s eggplant delight.

Another 2013 breakout, jeninni makes the best-of-the-decade rundown for its unique take on modern Mediterranean-Spanish fusion, sharp wine and cocktail list from owner-operator Thamin Saleh and airy-urban setting. Quietly one of the Peninsula’s best tapa spots too.

Despite the striking waterside setting, gorgeous tasting bar and extensive catalog of local wines, likely the best in the area, ATOM still slides under the radar because it’s tucked in the back of the 700 Cannery Row complex of shops. Ace culinary outfit Aquaterra runs the kitchen, another share-plate superstar thanks to treats like treats like housemade sausages, chicken-artichoke flatbreads and Cubano panini.

The wait for the expansive 26,000 square feet of wine tasting, deli, restaurants, dance club and fire-pitted patio at 201 Main St. was expansive too (seven years), but the project has delivered, particularly the 225-seat modern Italian restaurant Giorgio’s. It’s just too big, and too big for Salinas, not to make this list. Discerning palates call their red sauce a candidate for the best in Monterey County.

The tapas spot formerly known as Mundaka laid the social and flavor foundation for this reincarnation when it started not long before the turn of the decade. The 2.0 take came by way of owner-operator Gabe Georis’ many missions into—and chef pals in—Baja California. Freshly fried chips, irresistible house salsas, Baja-style fluffy tempura-battered fish tacos and the steaming queso con rajas are awesome. The old school and 100-percent handmade tortilla program is even awesome-r.

“The grasshopper” somehow does all its deliciousness with only ovens, which speaks to how creative and resourceful Chef Brandon Miller can be. The la Balena sibling spot, which came online in 2015, enjoys very personal service befitting its tiny footprint, good wines and the best housemade bread-by-the-Sea to go with powerhouse pastas and burly main plates.

The place named for a traditional Italian pan represents the dream—and utilizes the recipes—of late Mama Rita Panzuto. Her son, hands-on owner-GM Giuseppe honors both with an adorable, historic and subterranean spot with a great patio that multiplies capacity. Highlights include crab meatballs and lasagna a la carnivale. In short, il Tegamino (born in 2015) is the type of cute and quality restaurant Carmel is famous for.

This place is flat-out fun. The closest thing to Cheers that Monterey County found in the 2010s has ownership and staff with as much contagious good energy as any place in Carmel—and an underrated kitchen dishing kobe sliders, “luau” salads, salmon tacos, fried-chicken Benedicts and a bacon tasting flight paired with craft beers.

7D delivers on a number of dimensions in a prized property on the best street for restaurants on the Central Coast. Chefs Todd Fisher and Thomas Snyer go luxurious on a menu stacked with seafood (including a beautiful raw bar), dry-aged steaks and more, all paired with lots of natural light, elegant angles, vaulted ceilings and great cocktails from Carlos Colimodio and company. If it weren’t so spendy it would rank a lot higher.

The recently redone setting is striking, featuring a live-fire kitchen at the heart of the bar, new outdoor decks and soothing coastal colors and sea-shore props throughout the space, giving humble Marina the upscale spot it has craved for a long time. Fans of raw and wood-fired food will delight in the options here; chef David Baron gave it a strong start but without Paul Corsentino coming over from Ventana Big Sur and giving this place new life I’m not sure Salt Wood earns this best-of-the-decade slot.