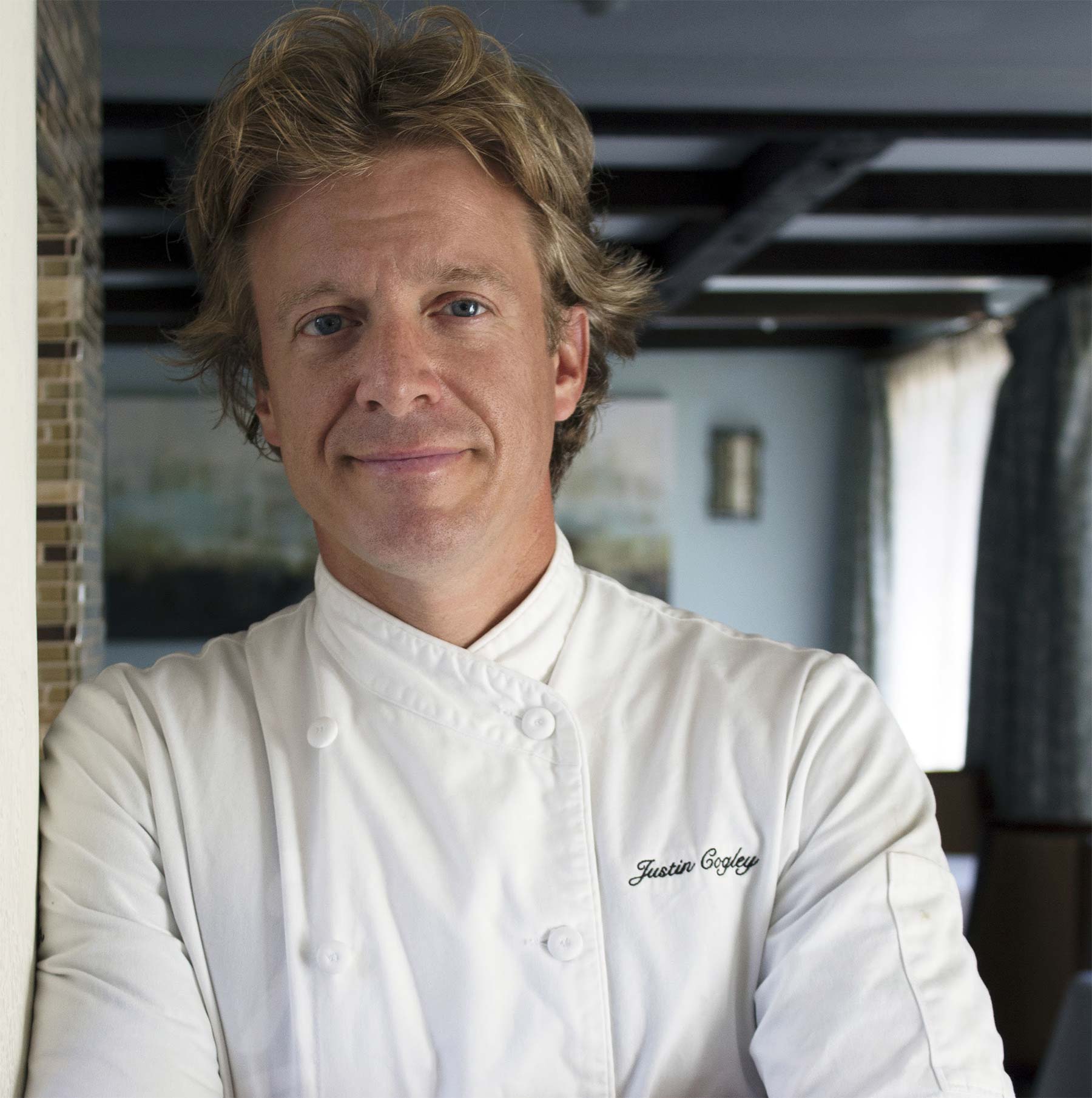 June 4, 2019 – For as long as it has had restaurants, the Monterey Bay area has not had any with Michelin stars.

That’s not for a lack of amazing eateries. It’s simply because Michelin didn’t visit.

That seemed like an oversight. At one point in the 1990s, the Monterey area alone boasted the highest density of Wine Spectator Grand Award winners in one region, anywhere. While wine-driven, it was still a very lofty honor only superlative restaurants would endeavor to win. (For the record, the five WS Grand Award spots were Pacific’s Edge, The Sardine Factory, Casanova, Bernardus and Sierra Mar.)

Michelin has published ratings for San Francisco and Napa Valley restaurants since 2007, but for years only went as far south as Manresa in Los Gatos, barely 30 miles from Santa Cruz, which felt like an arbitrary stopping point, particularly given the restaurant riches in Carmel alone.

I pointed that out in 2013, writing: “You know how you like to say, as you do on your website, that your ‘obsession with quality and reliability make the Michelin Guide the best source for recommendations’?

“Not buying that. Not when your guide’s blind spots are as big as a blue whale.”

Michelin declares the expansion makes the Golden State the first in country with a statewide Michelin guide, but I’m skeptical they’re sending inspectors into Humboldt County and the Central Valley. (In fact, Edible confirmed Michelin did not consider Santa Cruz nor San Luis Obispo counties.)

As of 5:30pm June 3, when the announcement came, Monterey County, the historic area that many call the Salad Bowl of the World, has its first—and for now, only—Michelin-starred restaurant in Aubergine, where Justin Cogley is executive chef.

It will not be its last.

The ceremony took place on the lawn at the Paséa Hotel in Huntington Beach, with around 400 guests including chefs receiving star awards, media, Michelin staff, various VIPs, and VisitCalifornia guests. Michelin men wandered the crowd. (The guide was originally launched to encourage road trips and more tire sales.) Guests wore surfboard-shaped name tags. Cogley and Aubergine/Mirabel Restaurant Group CEO David Fink were in attendance after receiving an invitation two weeks prior, but no further information. When Edible called and texted in advance of the event, Cogley barely replied, saying he was too nervous to talk.

“It’s such a big deal for our area,” he texted.

At the airport the day after the “live” announcement, Michelin jacket and new red book stowed in his luggage, he sounded both excited and relieved.

“We’re lucky to have a strong team that’s been there a number of years,” he said.

After working with dozens of Michelin-starred chefs in collaborative dinners and as host chef of the Relais & Chateaux GourmetFest each spring, he knew he—and gifted pastry chef Yulanda Santos—had comparable abilities. Now they have overdue validation.

“I’m extremely happy [Michelin] is getting past the big cities,” he said. “There are amazing places out there giving everything they have to be recognized.

“It’s not an easy profession by any means,” he added. “It’s great to see people succeed. Especially in our area.”

The 2019 Michelin Guide lists 17 area restaurants all told. In addition to star recipients and more affordable Bib Gourmand recognition (more about that in a minute), the guide also includes “Michelin Plate” listings, awarded to restaurants “whose cuisine meets the required quality level for inclusion,” per Michelin.

“For restauranteurs, it is also the hallmark of belonging to the Michelin family,” says Lauren McClure, a Michelin spokeswoman.

That range of featured restaurants is what gets Monterey County Visitors and Convention Bureau Chief Marketing Officer Rob O’Keefe most stoked.

“This puts us on another map for culinary adventure and experience, and that’s good for everybody, not just Justin and his team—it’s good for the whole region,” he says. “We’re getting that limelight. There’s a world of travelers who make decisions on where they go by the culinary options of their destinations.”

Fink, who welcomes a galaxy of Michelin-starred chefs to his GourmetFest every year, is an active leader in the super elite Relais & Chateaux hospitality community. By his estimation, he has eaten at some 20 three-star restaurants and more than 50 two-stars. So he has a good perspective on what it means.

“We’re humbled to receive the recognition and be the only one recognized between Los Gatos and Los Angeles,” he says. “We’ve been doing good food with great chefs for a long time and it doesn’t get any better than Justin.

“But for us,” he adds, “it’s all about our team—the kitchen and front of the house.”

Why did Michelin suddenly embrace more of California? Spoiler alert: It wasn’t my article that did it.

“With access to many of the world’s best farms, food producers, and vineyards, California cuisine is respected worldwide,” she said, “not only for the quality of its ingredients but also due to the creativity displayed by its chefs.”

Another reason they did it was financial. Tourism promotion board VisitCalifornia, which counts Monterey County Visitors and Convention Bureau as a member, paid Michelin $600,000 to help fund the expansion.

Lucia executive chef Cal Stamenov has been doing Michelin-caliber dining at Bernardus for two decades. He believes the return coincides with a pendulum-like swing in diner preferences.

“In 2011 most restaurants downsized their luxury,” he says. “Eight years later luxury is kinda coming back—white cloth, amuse bouche. I think Michelin will help in the resurgence of the triangle of Napa, San Francisco and Monterey.”

While he would’ve loved the recognition of a Michelin star with the 2019 guide, he had some humble points to make when Edible touched base before and after the announcement: 1) He felt Aubergine deserved two stars and still does, and seems more miffed by that than anything else; 2) He contends Michelin has never let him down, and he’s got all kinds of cred on that front, having worked in a plethora of two- or three-star kitchens across Europe and the U.S.

“Ever since the 1980s, I have never been disappointed with a one-, two- or three-star restaurant,” he says. “Very solid.”

He’s also among those who thinks the mere presence of Michelin inspectors—whotrain in France, are often former chefs and dine anonymously (and at random)—drives restaurants to up their attention to detail.

But chefs, and people, hold wide ranging opinions of Michelin. Chef Carlos Salgado of Taco María in Costa Mesa, which critics consider two-star quality, is among them.

“There is nothing that Michelin, as a Eurocentric fantasy fiction, can contribute to the dialogue about what it means to be Californian, Angeleno, or Latino American that we can’t learn from each other,” he tweeted the other day, “or from the profoundly informed and inclusive work of our home-grown voices.”

Another beef Salgado has with France-based Michelin is its bias toward elite and super spendy spots that tend to dish European. While Michelin won’t be reviewing my favorite taco truck or pho spot any time soon (nor do I want them to), to its credit the Bib Gourmand index spotlights “restaurants that serve high-quality meals for good value,” or more specifically, those that “include two courses and a glass of wine or dessert for $40 or less.”

Only one from Monterey County appears in the 2019 Guide, Yafa Restaurant, which does Mediterranean and Middle Eastern plates like ouzo shrimp and eggplant delight in Carmel.

I can think of a few more that totally deserve inclusion, and that makes me mad. But that’s OK. Part of the fun—and the function—of the guide, like the Academy Awards, is decrying the injustices. The important part is the conversation that is happening.

Besides, this is iteration one of a massive and growing project.

As McClure assures me, “The Michelin Guide team plans to expand its reach in future editions.”

When I told Cogley, “This is just the beginning,” he was quick to agree.

“It’s like my friend who got his first star in San Diego posted last night,” he said. “‘One today, two more to go.’”