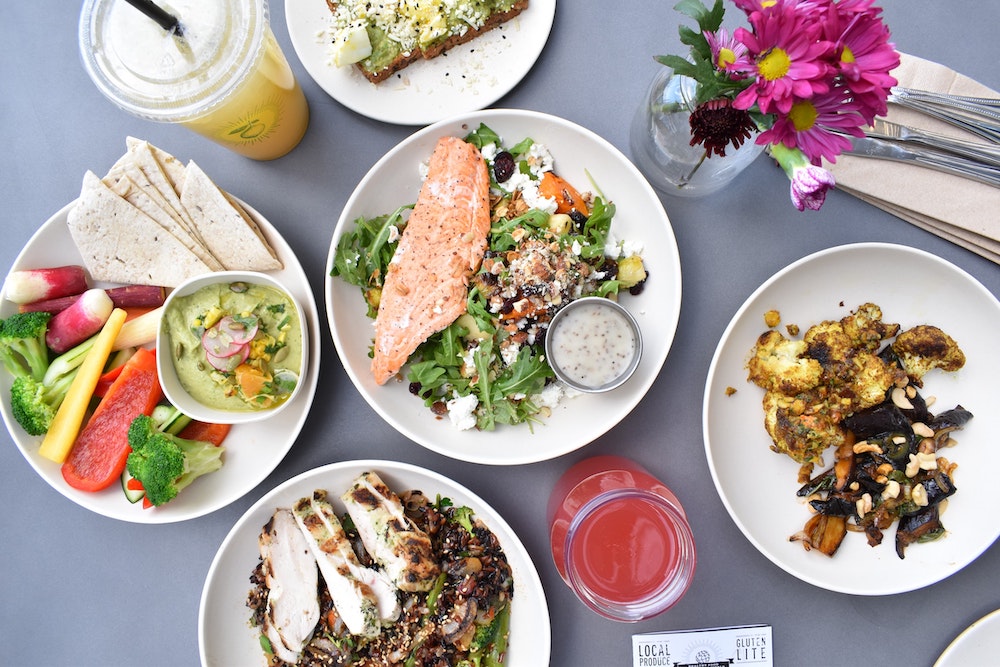 April 28, 2020 – Like one veteran chef told me as we sifted through the possible outcomes of the current crisis, “Coronavirus is going to continue to reveal our pre-existing conditions.”

One such condition: the vulnerability of our senior population. As Gov. Gavin Newsom pointed out in his daily midday news conference April 24, 1.2 million seniors live in isolation in California.

Another condition: the tenuous grip independent restaurants have on survival. As the California Restaurant Association outlined in a letter to Newsom last month, the vast majority of the state’s 90,000 restaurants are owned by independent proprietors. “Even with federal relief,” it read, “unless there are bold measures taken by the state, we are likely to lose 20-30 percent of Californian’s restaurants. Permanently.”

A first-of-its-kind in the nation program will address both crises-within-a-crisis. Newsom introduced “Restaurants Deliver: Home Meals for Seniors” program as part of that Friday press conference. It will be funded in partnership with FEMA and reimburse California restaurants for providing seniors three free meals a day.

“This partnership will allow for the ability for restaurants to start rehiring people or keep people currently employed,” Newsom said.

“To say that California restaurants are struggling is an understatement,” he says. “About half of them are closed, and those who are still open are earning a fraction of what they used to.”

The association has received a “flood” of emails and phone calls from member restaurants since Newsom announced the program.

“There will be no shortage of restaurants wanting to help get meals to seniors who are sheltering in place, and hopefully, the program will give some restaurants a fighting chance to survive,” Condie says.

Chef Soerke Peters is president of the Monterey Bay chapter of the American Culinary Federation and among those eager for his restaurants—Mezzaluna and États-Unis—to participate in the program.

“I think it’s a great idea that’s kind, generous and very smart,” Peters says. “I’m hoping it helps people like me bring a couple more employees back. If you have, say, 20 seniors you’re serving meals, you can have a steady income, and it works out for everyone.”

Newsom stated participating restaurants would be reimbursed $16 for breakfast, $17 for lunch and up to $28 for dinner. He also noted the program is geared for independent restaurants and emphasized sourcing foods from local farms.

“Now we have locally driven decision making to start employing workers and get these restaurants reopened,” Newsom said.

The state web page dedicated to the new program promises more information soon and connects to existing resources like 211.org for local services, such as nutrition, financial, health care and housing assistance.

Officials at the 211 hotline ask restaurants hoping to participate to call their local Area Agency on Aging. (Monterey County restaurants can call 831-755-4466; Santa Cruz 831-462-1433.) Meanwhile, they’re asking seniors to check back on their eligibility next week as the program is still in its infancy.

There’s still much information to be assembled.

“We’re just beginning the preparation of implementing the project,” says Allison Yant, interim director of Monterey County Area Agency on Aging, who will help lead the program in Monterey County. That includes picking the minds of partners that will likely include 211, Meals on Wheels and Alliance on Aging.

Jason Hoppin, spokesperson for Santa Cruz County, reports that he and his colleagues have yet to field any instructions from the state but are enthusiastic about joining the program. “I believe it’s a great way to help both seniors and restaurants,” Hoppin says. “In Santa Cruz County, a lot of people have stepped up to help restaurants.”

He points to two locally sown website-based programs that have materialized quickly to support area farms and local businesses. One is Eat Local.Farm, which furnishes an online small marketplace to connect eaters with Santa Cruz and Pajaro Valley farms with weekly CSA pickups. The second is Ride Out the Wave, which streamlines buying gift cards from local businesses—and roared past $100,000 in sales in 15 minutes during an event last Friday with singer Keith Greeninger.

“Anything we can do to support our at-risk populations we want to participate in,” he says. “We can’t commit until we know a little bit more, but we’re looking for ways to help.”

Nationwide, projected restaurant industry losses are daunting. On April 20, the National Restaurant Association introduced a “Blueprint for Recovery” plan for restaurants that includes a $240 billion federal recovery fund. NRA member surveys reveal four in 10 restaurants have closed due to the pandemic, “some with no hope of reopening.”