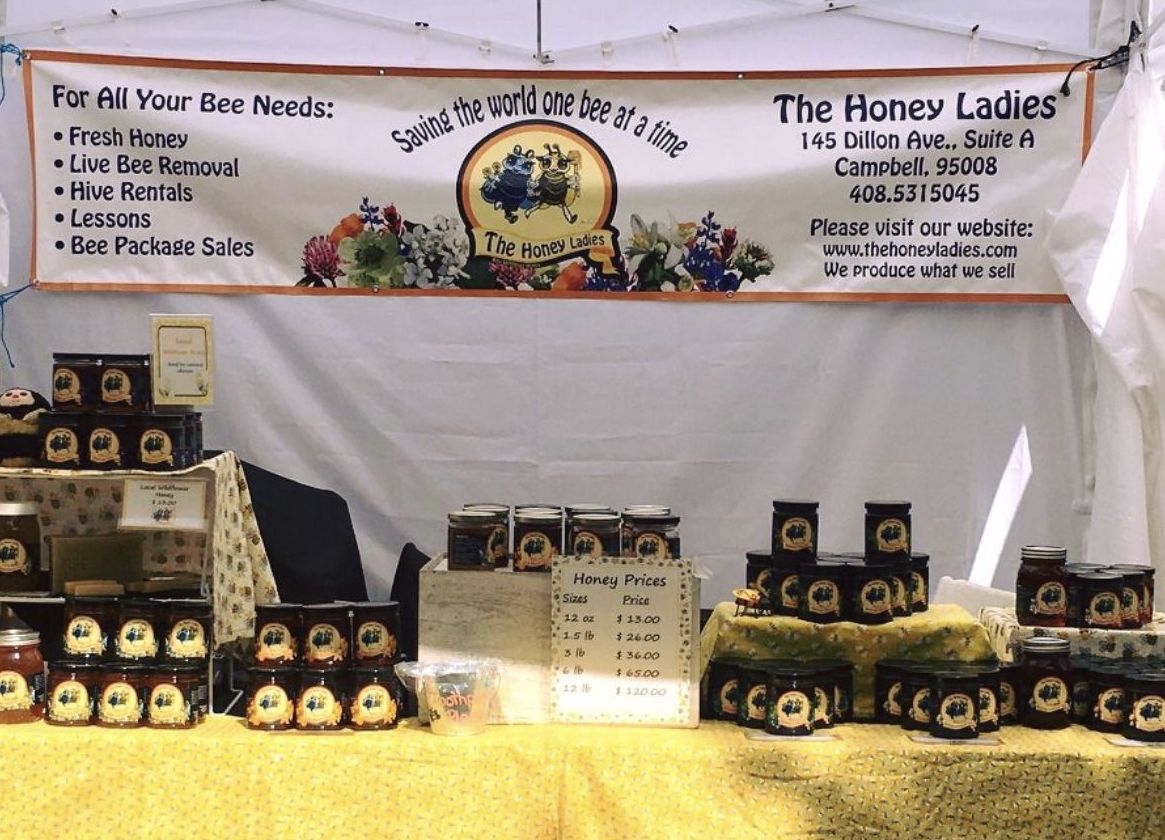 July 30, 2019 – All of us at Edible Monterey Bay are still reeling and heartbroken over the tragic mass shooting at the Gilroy Garlic Festival on Sunday. Among those injured in the attack were people who are very much part of the Monterey Bay food scene and our hearts go out to them and all those affected.

Wendy Towner and her husband Francisco Aguilera, owners of The Honey Ladies, who you may know from the Old Monterey and Carmel Valley farmers’ markets, are both hospitalized with gunshot wounds, along with two staff members of Bantam restaurant in Santa Cruz—which closed yesterday out of respect for the victims.

The Honey Ladies, who specialize in swarm removal and maintain hundreds of beehives in rural settings throughout the Monterey Bay area, sell their delicious honey at local shops like Jerome’s Market, Quail & Olive, Stone Creek Kitchen and The Boston Store. It is also used in making ice cream at Revival Ice Cream in downtown Monterey.

The Boston Store is taking donations to help the couple defray medical costs and expenses involved in rebuilding their lives. Manager Anne Banta says anyone who comes in and makes a donation will receive a free Honey Ladies honey stick. She says they are also donating all proceeds from the sale of their stock of Honey Ladies products to the Go Fund Me campaign set up on their behalf.

The Go Fund Me campaign, set up by Towner’s brother, set a goal of raising $100,000 and had collected more than $50,000 from more than 1,000 donors in the first 24 hours following the shooting. You can make a contribution and read updates on their condition here: https://www.gofundme.com/f/help-gilroy-garlic-survivors-quotthe-honey-ladiesquot

Brynn Ota a chef at Bantam Restaurant, was also among the victims at the Garlic Festival, along with one of her co-workers. The restaurant stayed dark on Monday out of respect for the victims, with owner Ben Sims posting on Instagram: “Our thoughts and hearts are envisioning a world with more peace and safety.”

Her mother says Brynnwas shot in the back, with damage to her liver and is uninsured. A Go Fund Me campaign has been set up to help cover her medical bills and you can make a contribution to it here: https://www.gofundme.com/f/wx56r2-brynn

A second worker from Bantam reportedly received minor injuries and was treated and released.

Every senseless act of violence is disturbing, but this time it struck way too close to home.