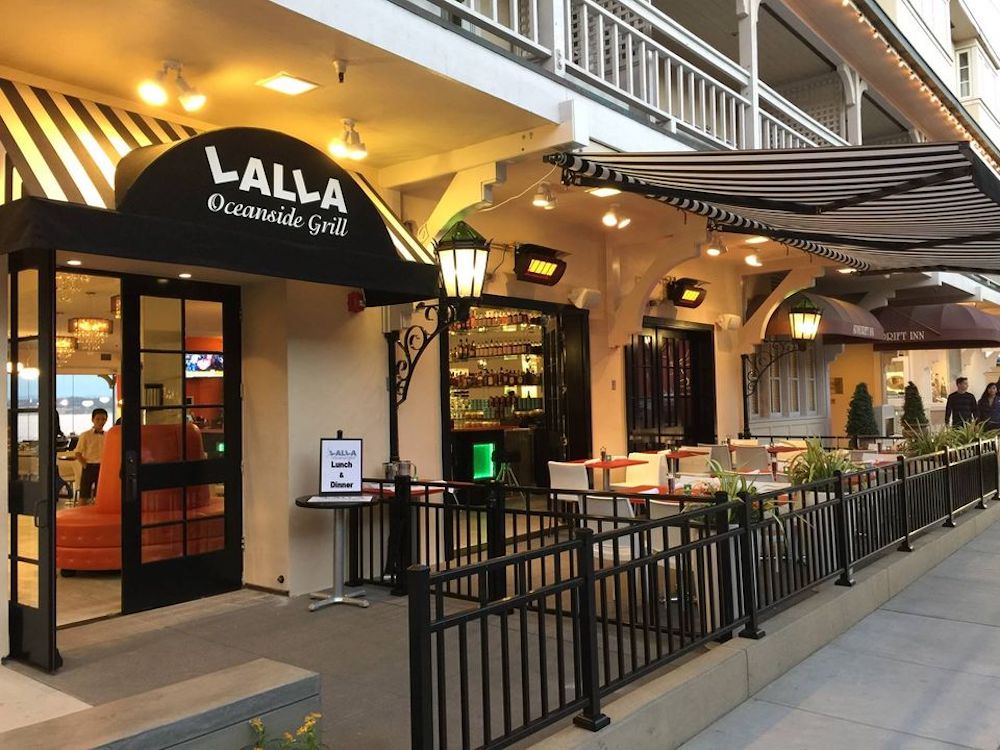 November 17, 2020 – Monterey’s Lalla Oceanside Grill is one of six California restaurants demanding the state return thousands of dollars in liquor license fees, health permits and payments to Visit California due to COVID closures.

The legal claim was filed October 23 by a Los Angeles law firm on behalf of restaurants in L.A., San Diego, Costa Mesa and Rancho Cordova. Lalla owner Pat Ottone declined to comment for this story, but his son Dominic said the restaurant group’s sales volume is down 30-40% as a result of the pandemic.

The Ottone group currently operates three restaurants, Lalla Oceanside Grill on Cannery Row, Lalla Grill at Del Monte Center and Elli’s in Salinas. Lallapalooza, which was rebranded last summer as Palooza, has been closed due to lack of outdoor seating capacity and a decision on whether to reopen will be made next spring.

Los Angeles attorney Brian Kabateck is representing the restaurants seeking reimbursement or reduction in fees and says independent restaurants normally pay $5,000 to $10,000 a year in fees for things like alcohol licenses, health permits and tourism assessments.

“Close to 70% of the state’s restaurant owners are at risk of being evicted from their property as the bills pile up, including fees and taxes levied by the same government entities that are restricting the restaurants ability to fully operate,” reads the filing.

“In a cruel twist of irony, the same local and state government officials who forced these restaurants to close have been continuing to collect a wide range of government fees.”

Several other restaurants throughout the state are expected to join in the legal action. The president of the California Restaurant Association has stated that easing fees would help businesses stay in operation.

According to a report in LA Eater, state officials have 45 days to respond. After that if no action is taken, the attorney intends to file a class-action lawsuit on behalf of all restaurants in California, seeking $100 million in reimbursements.