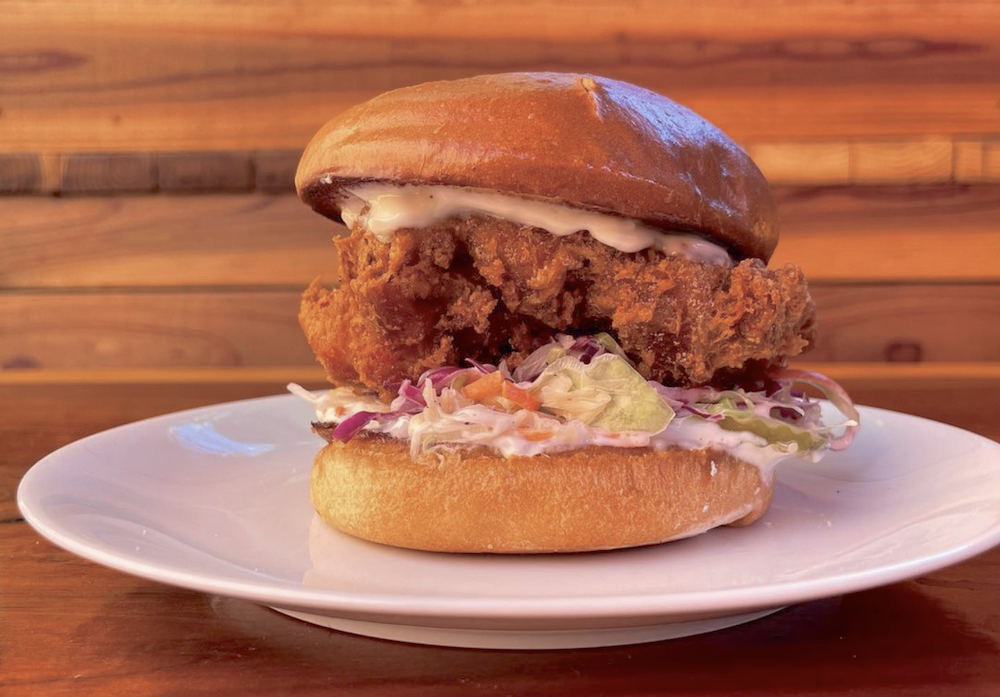 “We weren’t ready to be done with fried chicken,” says Casey Long, one of the partners. The former employees have the blessing of Kickin Chicken founder Justin Williams, who won’t be part of the new venture and is still thinking about his next moves.

The other partners are Trent Wood, the former manager of Kickin Chicken, and Gabe Conway, the former line cook.

Chubbs is named after Conroy’s cat, who also appears in the logo of the new business. The trio will be working out of the commercial kitchen at the Santa Cruz Food Lounge, the same place as Kickin Chicken did, and hope to launch on August 11.

Something different about Chubb’s fried chicken is that it will be gluten-free. They have developed a gluten-free batter recipe they say is better and crunchier than regular breading—partly because Conroy’s mother is gluten free and noticed a lack of options around town.

“If we can be as inclusive as possible and still taste good, we figured why not?” says Long, adding that buns will come in regular and gluten free.

In addition to fried chicken sandwiches, Chubbs will offer sides of french fries, coleslaw, potato salad and gluten-free mac and cheese. An off-the-charts ghost pepper-habanero hot sauce made in house will also be available. And a seasonal salad with watermelon, citrus and arugula will be on the debut menu.

To start with Chubbs will be open evenings from Tuesday to Saturday, with food available for pick up and delivery through a soon-to-be-launched website and through Door Dash. The partners hope the August launch will allow them to be up to full-speed by the time UC Santa Cruz students arrive in September.