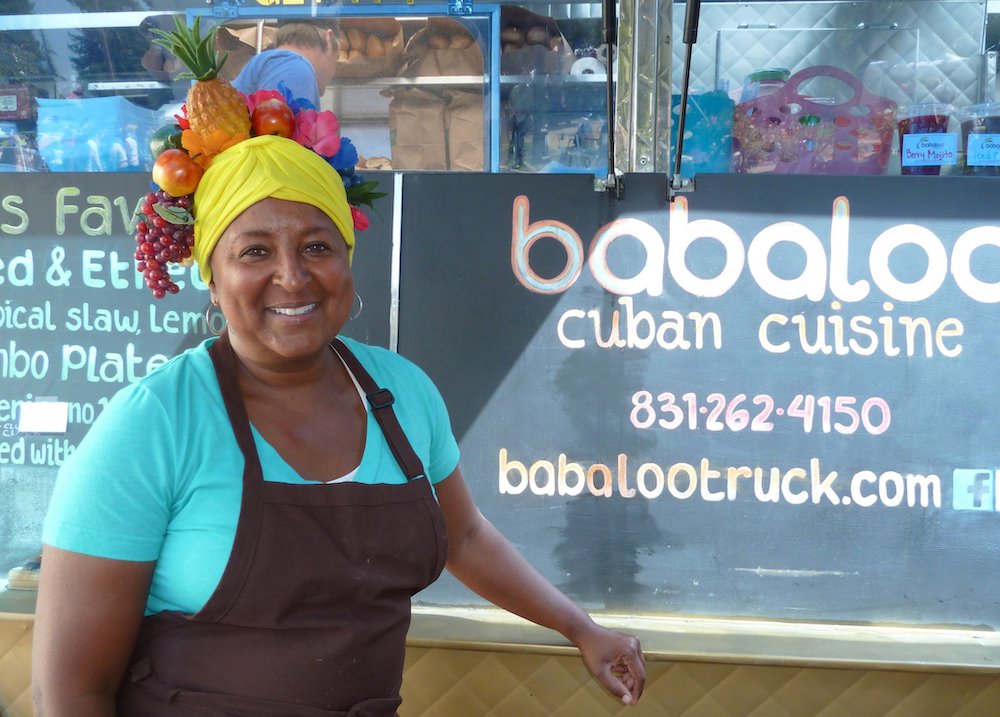 January 27, 2020 – Longtime local food-and-beverage pro Gladys Parada had it all figured out.

She found a little house on a great oceanfront lot on the southeast coast of Puerto Rico. Since she loves how Puerto Rico shares similarities with her beloved Cuba, and is a whole heck of a lot easier to access—and happens to have a promising food and farm scene springing up in the wake of recent natural disasters, with the help of powerhouses like José Andrés—she had her new headquarters.

“I felt like I was with my people,” she says. “It’s the next best thing to Cuba! I was about to take my a** down to Puerto Rico! I was joining that revolution!”

Only a different type of Cuban dream appeared—no, reappeared—on her horizon. Her pal and fellow chef Sarah Lacasse alerted her to an opportunity in Seaside, which is experiencing a revolution-of-sorts itself, with all sorts of youthful owners opening new food-and-drink-driven businesses ranging from Other Brother Beer Company to Counterpoint Coffee to The Butter House restaurant.

That opportunity: Hidden Fortress Coffee had plans to exit its Press Club location next month (Feb. 8, per Fortress staff). That meant a potential home for Parada’s once-popular Babaloo Cuban food was suddenly available and viable.

“She’s always wanted a brick-and-mortar and wanted to turn that very yummy food truck into a business that fits her lifestyle,” LaCasse says. “I really believe in her, I think Seaside is ready and I feel like it’s a great match.”

Babaloo launched way back in 2010 as a pioneering Monterey County food truck because—as Parada told me back then—“I can’t die without trying.”

It was an immediate hit thanks to killer grilled sandwiches named for the cast of “I Love Lucy.” (Babaloo, in fact, pays homage to the song Ricky Ricardo sang at the Tropicana.)

The original recipes and rates have been tweaked but the leading stars remain (preliminary pricing has the sandwiches going between $8-$9):

Other than that, drinks will include beer and wine. The daily soups will include offerings like mofongo, plantain or chicken-vegetable. Mornings will feature Cuban pastries and Cuban-style coffees.

As for Fortress, owner-operator Amelia Loftus—who just hit the 20-year mark as a roaster—found that she and her team were drifting too far from their core offering, coffee.

“We tried really hard,” she says. “I can see from my experience it needs to be more food-focused and evening-focused.”

She points to a dearth of business before 9am as an indicator. “That was telling,” she says. “When you get to the point where it’s not working, it’s time to pull back.”

So the Fortress team will retrain its efforts on its Roastery Cafe in Watsonville, its coffee cart operation and farmers markets including MPC Fridays for people jonesing for Hidden Fortress joe.

“We need to focus on what is doing really well,” Loftus adds. “Our business is coffee-focused. Having everyone wanting me to do food is great, but that’s spreading myself too thin. I built this business on excellent organic coffee. My happy place is roasting coffee.”

Babaloo’s hours won’t go too late most nights (8am-4:30pm Monday through Saturday) but Parada is brainstorming various social scenes to boost foot traffic, including Cuban dinner nights (to test the evening audience), monthly happy hours, and salsa nights. The Press Club, which is owned by Monterey County Weekly CEO Bradley Zeve, will continue to host occasional live music, art openings and political panels. Meanwhile the city of Seaside is considering allowing a parklet in the street in front of The Press Club’s rollaway garage doors.

Parada has worked as a manager at celebrated spots like Sierra Mar at Post Ranch Inn, Bernardus Lodge and Ventana Big Sur. But what qualifies her most for the Press Club space—where she’ll depend largely on panini presses—is her experience with the food truck. (She stopped in 2013 because at the time permits didn’t allow her to park locally and all the driving was wearing her out.)

“It’s a lot different than working in a full kitchen,” she says. “But if I worked for three years on a truck I can work in this space.”

March 15 is her planned open date and the house in Puerto Rico will have to wait. Instead of oceanfront, for Parada it’s Seaside.

The Press Club is located at 1123 Fremont Blvd. in Seaside. To organize an event, call (831) 394-5656. Hidden Fortress Coffee can be found at Roastery Cafe at 125 Hangar Way, Suite 270, a coffee cart at Watsonville Cabrillo on 318 Union St., both in Watsonville, and farmers markets in Santa Cruz and Monterey.