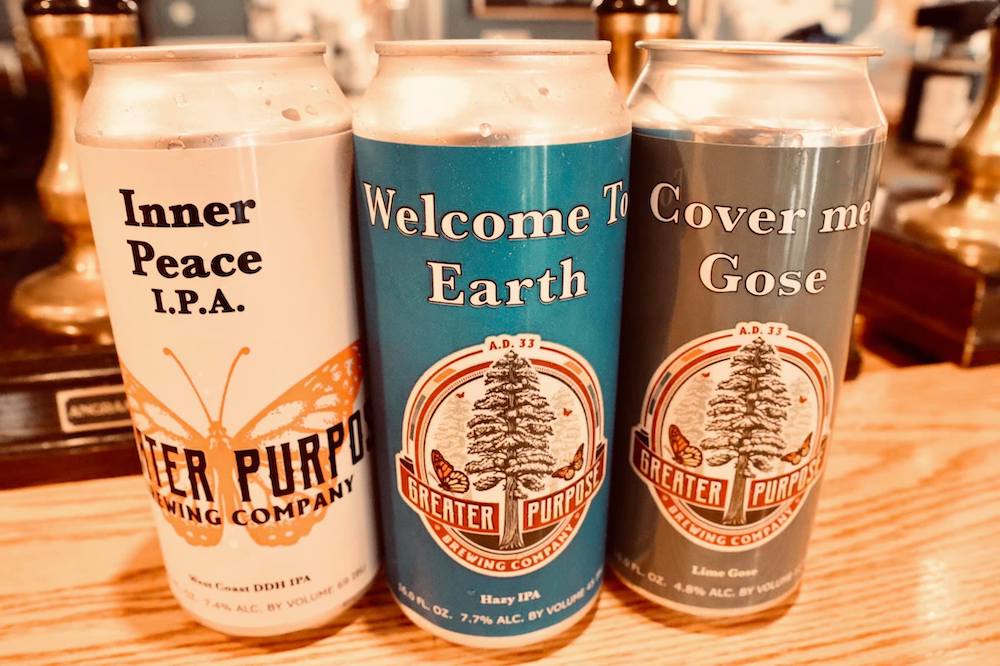 October 27, 2020 – You may recall a few years back when a beer-loving Santa Cruz church announced that it was taking over the old Logos bookstore and converting it to a brewpub. The Logos deal fell through, but a new solution arose: taking over another popular Santa Cruz taproom instead.

“To the ECB fans, know that all of their popular recipes will be staying on,” VanHall wrote. “We cannot honor ECB enough and we deeply appreciate their legacy of great beer and their amazing team. The staff and brew crew is staying on as well. “We are excited about the future!”

Remodeling at 21517 E. Cliff Drive is now underway and VanHall expects it to wrap up in a few weeks. In the meantime, the taproom is still open for pickup orders while adding new branding and other changes.

Greater Purpose’s aim is to donate a portion of its profits each month to worthy causes such as Planned Parenthood, the Homeless Garden Project, NAACP Santa Cruz, Save Our Shores and other progressive causes, and it is working to implement a system for its charitable donations.

More details coming soon when the remodeling is finished! facebook.com/gpccsantacruz

Read our story Pints With A Purpose here…