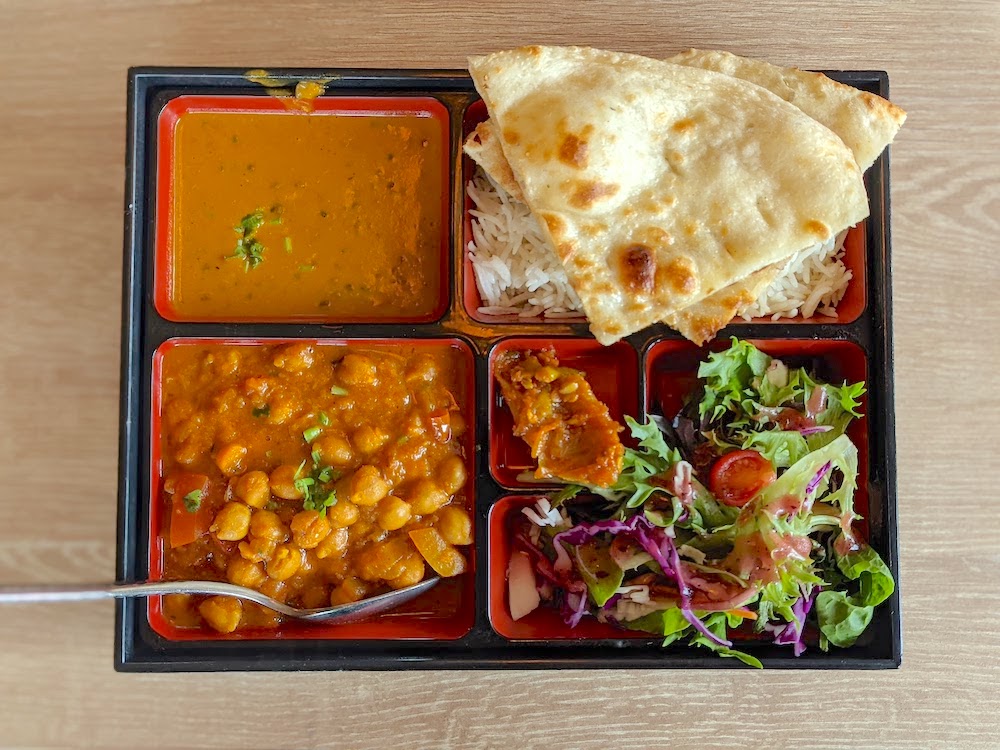 August 27, 2021 – The best few hundred feet of food in the Monterey Bay area will not be found in restaurant-dense Carmel, even though mighty Dolores Street can pack in Cantinetta Luca, Mulligan Pub, Le Bicyclette and 7D Steakhouse along a short span.

It will not be found in similarly restaurant dense Capitola, downtown Santa Cruz, downtown Monterey or Oldtown Salinas, though they all offer a wealth of worthy eating options thickly arranged themselves.

The best stretch for food in the three counties that collide at the heart of the Central Coast is the 500 Block of Lighthouse Avenue in New Monterey.

Here appear a few reasons why, which all collaborate to furnish deep diversity, within just 100 steps, on the same side of the street:

• International Market and Deli and its proliferation of Mediterranean and Middle Eastern grocery offerings, plus prepared shawarma and falafel.

• Taqueria Del Mar, one of the bay’s best kept secrets for artichoke or fish tacos, with superb crab enchiladas and marinated squid tacos too.

• Pelican Pizza, which doesn’t have the best pizza pies ever crafted, but does present the best slice bargains around here, period.

• Crystal Fish Sushi, a perennial candidate for best sushi in the region, with a cold sake selection to swear by.

• Sakura Japanese and the only moving sushi boats and moats for miles, plus occasional spontaneous karaoke (in non-pandemic times).

Anyone unsure about what to eat need only head this direction and be confident they’ll be happily fed.

One of the finest members of this mini food district has long shone brightly for an impressive lunch buffet spread. While buffets may or may not be a permanent COVID casualty, they’re on ice for the moment at Namaste India Bistro.

The beautiful news there: The homespun and family-run spot from Nepalese-American chef-owner Dilip Gurung has pivoted to doing lunch bento boxes that represent superior bang for the buck on a block stacked with values. A box loaded with tasty dal, airy rice, flaky and warm naan, an intense house pickle and garden-fresh salad, all accompanied by a vanilla-rich rice pudding and a choice of vegetarian, vegan or non-veg entreé, starts at $13.

I couldn’t decide between the curried cauliflower aloo gobi, slow-cooked chickpea chana masala or green pea-mushroom bhindi masala, but our server steered me to the chana masala on account of its sauciness.

Tempered with my choice of medium spice, it was healthy subcontinent comfort food at its finest, and more than I could finish.

My colleague and fellow Indian food fan Stuart Thornton, who travels the wider west to inform his popular Moon Travel books, fell hard for his rich saag paneer, which was also spot-on.

Twenty box options divide evenly between meaty and meat-free curries, with items like butter chicken and lamb vindaloo across the aisle from the veg options. The flip side of the lunch menu, meanwhile, unlocks eight more tandoori box plays to be made, including wild salmon tikka ($19.95) and rack of lamb marinated in yogurt and Gurung’s special sauce ($20.50).

Yes, back in the day the buffet was badass. But these bento boxes deserve a bravo themselves, and furnish a tidy lesson that, when COVID gives us adversity, it can be fulfilling—and filling—to turn it into opportunity.