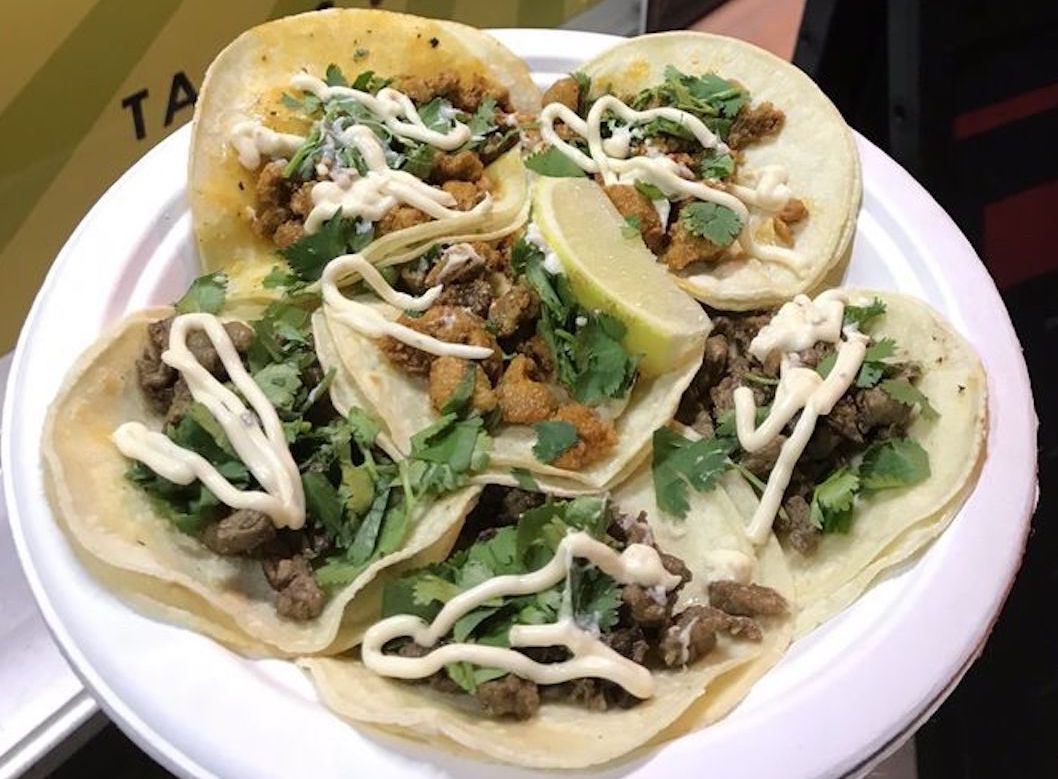 October 1, 2021 – Family-run Aki Fresh Mex in Marina crafts homemade vampiros and authentic moles so tasty I could eat there every week.

Pacific Bowls and Rolls in Monterey delivers some of the most life-affirming banh mi and poke bowls in the area code.

Zab Zab Thai over in Pacific Grove can make a case that it’s among the most stylish international restaurants in its category thanks to dishes like the makrut-spiked Gulf of Siam seafood sauté.

Each of the above cooks up multiple reasons to like them, including their local and independent leadership. Now there’s another compelling motivation to consider them next time eating out: All of the above are either moving toward—or already—Blue Zones Project-approved.

Readers may recall a piece earlier this year that announced BZP’s arrival on the south side of Monterey Bay, “Blue Zones Comes to Monterey County to Make Healthy Easy.” (Full disclosure: I have served on BZP’s Food Policy Council since I was recruited by Food Policy Lead Genevieve LeBlanc after she read “Doctor’s Orders: Produce prescriptions are preventing disease and saving local lives.”)

That 2021 story gets into the National Geographic-driven discoveries that inspired the term “Blue Zones” (named after the parts of the world where residents enjoy an average of around 10 more years of longevity). It also starts with the best and shortest way to sum up the things BZP does to cultivate longer-lasting lifestyles (“Make healthy easy”).

One part of that push is partnering with area restaurants to offer more plant-based dishes, a nod toward the largely meat-free diets common across the world’s Blue Zones.

The newest partner in the region is Tacos Don Beto. This publishes as Don Beto Tacos prepares to open a long-time-coming spot in the heart of Oldtown Salinas tomorrow (Saturday, Oct. 2), at the midpoint of Hispanic Heritage Month.

“It’s a big step for us, something we’ve always wanted to do,” says Tony Zuniga, who helms the restaurant with help from his brother and a tight-knit team. “We’re happy to have a place for people to come and keep us doing what we love to do: Serving the community and keeping everybody fed.”

His new Gablian Street space represents a brick-and-mortar version of the food truck favorite that has charmed audiences with its fish tacos and loaded carne asada fries at destinations including local farmers markets, Post No Bills Craft Beer House and Farmers Union Pourhouse over the last five years. Its catering company has been going for 20.

Don Beto will also represent the first-ever restaurant in the area to open its doors with a Blue Zones menu already in place. In fact, a day before they opened they were dishing vegetarian tacos and “fresh bowls” for a celebration at the Monterey County Office of Education as it earned approval as a Blue Zones work site.

The fresh bowl, by the way, sounds like something to live off of enthusiastically (and further into old age), built upon cilantro-lime brown rice, black beans and a choice of, say, fajita-style sautéed onions, peppers and fresh tomato, or mushroom and nopales, or soyrizo, topped with zingy avocado sauce.

“It’s a good movement [Blue Zones] has going on,” Zuniga says. “It’s hard to push something like a full-vegan menu, but we believe in having  options for people to eat on the healthier side.”

Paul Ligorski is heading up the partnership push on the Monterey Peninsula. Interested restaurant owners can reach him via his email and or learn more by dipping into the rundown of participating restaurants available on the local Blue Zones Project website.

He likes to highlight how easy it is to get involved and attract new audiences, driven in part by giftcards Blue Zones distributes via volunteer event raffles and giveaways, Blue Zones-backed events and Blue Zones social-media promotions.

“The whole process is super smooth,” he says.

In Salinas, where for two and a half years Blue Zones has been sowing urban walkability, positive workplace habits, school-based nutrition education and more, Maribel Roque leads restaurant recruitment. The roster of eateries is currently 10.

“People are still learning about Blue Zones, but there’s great momentum,” she says. “More and more [residents] tell me, ‘Oh I’ve heard of Blue Zones,’ whether that’s through their kids’ school or a friend’s workplace. So the connections are growing quite a bit.”

“I ask our partners how things are going and they say, ‘Yeah, people are always coming in. They’re asking for dishes,’” Roque says.

I asked her to delve into more details via email. Her insights appear here:

What would surprise people most about the BZP restaurant program’s work in Salinas?

When working with a restaurant, it’s not about removing anything from a menu. We are not against the burger, steak, or french fries.

The Blue Zones Project promotes “plant-slant” dishes based on the learning from the longest-living communities in the world where meat is seen as a celebrational dish and eaten occasionally rather than on a daily basis as we do in America.

Those are created with fresh vegetables, beans or other proteins like tempeh or tofu.

What are some of the outcomes you’ve observed so far?

From the customer’s point of view individuals get to experience dishes they have never tried  and are inspired to cook at home.

From an ownership point of view, restaurant owners get to diversify and increase their customer base. It gives them the opportunity to offer new dishes giving our community healthier options.

Do you have personal favorites at local BZP-approved restaurants?

I have many. To name a few, the pesto melt at Park Row Café, the veggie sandwich at Gordon’s Café & Catering, Tiffany’s Burrito Bowl at Guadalajara Grill, and the huarache and tlayuda vegana at Culturas Hidalgo y Oaxaca.

What rank among the most compelling reasons restaurants should participate (while they’ve got so much going on otherwise and might not feel so motivated to add another something to do)?

That there is no cost to participate. There’s also the chance to attract new customers and to increase sales and access to proven best practices and technical assistance. The opportunity to join a growing ecosystem that is contributing to the well-being of Monterey County.

What do you find most fulfilling about what you do?

One of my greatest points of pride in my work is supporting independently owned restaurants.  I am honored to get to know the families behind those restaurants and contribute to their success in our community.

I gotta say that I always thought reporting on food and drink—and consuming the calories that come with it—would be more likely to shorten my life than extend it.

As I trend away from red meat and toward volunteering at events like upcoming Big Sur Food & Wine—instead of trying to eat their entirety—I no longer think like that.