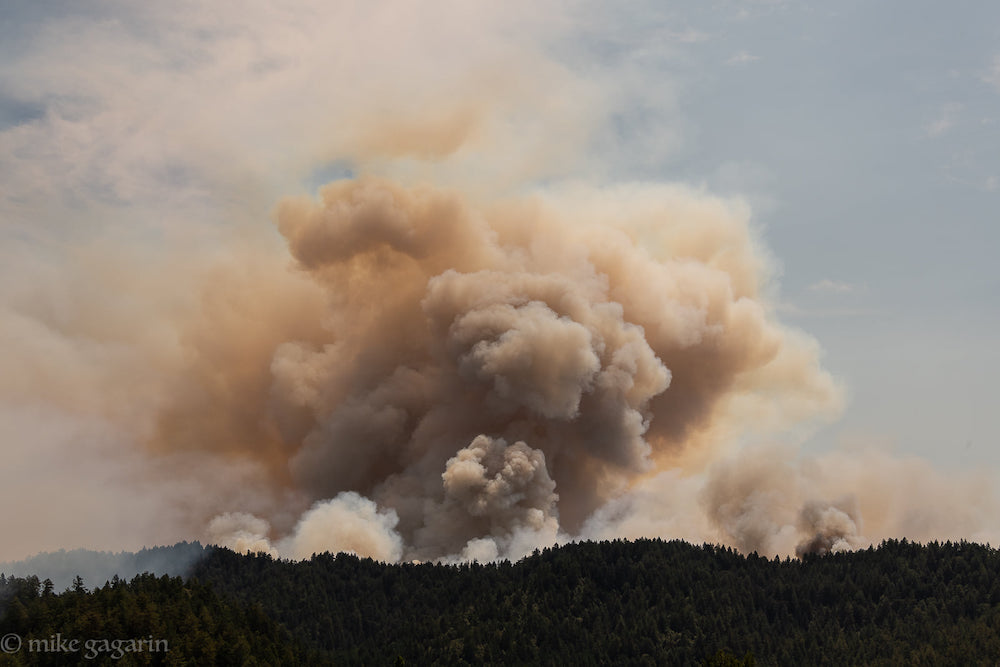 August 25, 2020 – What can you do to top a pandemic that is still killing thousands and shuttering businesses large and small, left and right? How about a few hundred fires early in the grape harvest season? Why wait until the thick of the action in September and October? No. Let’s unleash the full fury of Mother Nature in August, when people are snatching that last bit of vacation or are frantically trying to bottle before the frenzy of harvest 2020. This truly will be a remarkable vintage, no matter the ultimate outcome. These are the times that try the soul: repeatedly.

It’s an understatement to say that everyone in the wine business is watching the mind-numbing set of fires across the state. This year, that dreaded two-word phrase “smoke taint” is on everyone’s mind, even if it’s not on their lips.

Those who had already picked for sparkling, like Scheid, are counting their blessings. Still others haven’t even started the process of thinking about harvest, other than to get their COVID-related protocols in place. Suddenly, the pandemic has taken a back seat to more pressing issues like personal and family safety, evacuating homes and businesses and checking in on friends and loved ones. Dave Coventry of Talbott feared for losing his home, but it was spared, thankfully, and they have returned. Asked about the status of Sleepy Hollow Vineyard, he said, “I have no idea: we have neither tasted nor tested.”

He is not alone. Some don’t want to know: others just want to wait it out.

Jack Galante, who along with his wife, Dawn, had recently arranged more outdoor space for their Carmel tasting rooms, told us, “The ranch has pretty much burned up, however the winery and buildings were saved by the fire crews. It is all so tragic.” He had just sold their 700-acre ranch in Cachagua to the Hill Family of Pebble Beach.

Alex Lallos of Chesebro Winery reported, “The ‘Carmel Fire’ as it is being called, has burned over 6,000 acres in Carmel Valley and has destroyed over 35 homes in the process. We have been temporarily displaced from our winery and homes, but I am happy to report that everyone is safe and healthy. The tireless work of the firefighters on the front lines has been nothing short of heroic.” They remain closed for tasting, but are still taking orders for free shipping and curbside pickup.

When we spoke earlier today, Ann Hougham of Mesa del Sol in Arroyo Seco on Carmel Valley Road said the air had cleared and she felt encouraged that she and others could avoid the smoke taint issues of 2016. She said she had spent the last couple of nights with Gary and Margarette Pisoni, who were admittedly concerned about the impact of long smoke exposure in the SLH.

In Arroyo Seco, though, Hougham says it might be a different story. “All the winemakers who are contracted to buy my fruit this year are really excited, including Ian Brand (who makes her Mesa del Sol wines). I just did sugar samples on the Sangiovese for Megan Bell: at 19 now and she’s shooting for 23. Tastes great! Russell (Joyce) came over and says he wants the rest of my Syrah. I have Michael Simons taking it also. I think it’s too early to do testing for smoke taint.”

Michael Simons of Comanche Cellars gets fruit from many sources, including the SLH, San Antonio Valley and Arroyo Seco, as well as from Corralitos, Tres Pinos, Mendocino and Cienega Valley. He was supposed to pick pinot noir for rosé and pet nat this week from Dan Karlsen’s vineyard, but Dan was apparently evacuated. He’s keeping a close eye on all. Mendocino may be the least impacted thus far, along with Mesa del Sol.

Simons recently got a parklet on Alvarado St in Monterey to do outdoor tasting for his Comanche Cellars tasting room, which was working pretty well pre-firestorm. Admittedly paying $3k for the concrete abutments was an unexpected expense, but then, this entire year has been nothing but unexpected. He thanks the restaurant and the hotel next door for giving up their outdoor space to help him accommodate more wine tasters outside.

Denis Hoey of Odonata at the northern end of the SLH bench has been spared much of the smoke and although he has not personally tested any of his grapes yet, he says, “Others are testing below threshold (Hahn, Caraccioli), so that is promising! Hearing from Tondre here in the next day or two. Gonna have some bad, for sure, but not as bad as I had thought, currently.”

Scott Caracccioli was trying to get back into his house when we last exchanged texts. He reported that all the sparkling was picked and looked great. So that’s some encouraging news.

Vineyard manager and farmer Mark Pisoni sounded a cautiously optimistic tone about the whole situation. “Blue sky again! Things improved dramatically at the end of last week, and crazy to think it was only for a couple days. Lots of support from CalFire. As for the vintage…Far too early to tell one or the other. We are just beginning to send in samples for testing and should have a better idea in a few weeks.”

Albatross Ridge’s Garrett Bowlus said that early on in the River Fire they had already started picking for rosé and sparkling pet nat. “We are realizing that this year might be mostly sparkling and rosé from our pinot vines. Chardonnay seems to be okay with a little smoke not affecting it as much as pinot noir.  We will see. We are at least another week more like two weeks from picking anything for still wines at this point.”

Ed Kurtzman, who makes wine from Cortada Alta Vineyard, the highest in the Santa Lucia Highlands, for John Peterson, posted a NASA map showing the River Fire on Facebook yesterday, saying, “NASA map of the River Fire south of Salinas right now. It’s just west, south and east of the Cortada Alta Vineyard. Our vineyard manager, Ruben, told me Cal Fire is fighting this with everything they have. Four helicopters are dropping water constantly.” We hope this up and coming gem of a vineyard will be spared. Kurtzman gets fruit from many vineyards and was awaiting the results of testing for smoke taint.

In the Santa Cruz Mountains, most people have heard about Big Basin Estate Vineyards & Winery and the fact that winemaker Bradley Brown sadly lost his truly amazing home. And yet the vineyards and the winery remarkably survived. Brown indicated that this year’s harvest might be a total loss – but it’s still early.

Ryan Beauregard has remained on property on Bonny Doon Road, in the thick of the CZU Lightning Complex fire, fighting with tractor and backhoe and everything in his arsenal to save his family’s ranch and multiple vineyards in Bonny Doon. He had just posted photos of how beautiful the crop looked this year, right before the firestorm erupted.

Rumors of damage to McHenry Vineyard have not been confirmed, but Mark Bright, sommelier and wine director at Saison and owner of Partage Winery on Alba Road, told me he packed his family into their RV and headed north. At that time, he was in the Willamette Valley of Oregon, and had no update other than, “Haven’t heard a lot about the vineyards, sorry for not having some updates, but it all looks really bad to be quite frank.” He reported today that his house was still standing.

From Mindego Ridge, near La Honda, we heard that Dave and Stacey Gollnick were safe, despite being evacuated several times. Stacey said, “Things are still good at our place. Dave has stayed to keep an eye on the fire line along with some other neighbors. He’s promised to bug out if the wind and weather change and things get more immediately dangerous. For now, the fire is still at a safe distance and moving very slowly. Some neighbors who volunteer at the firehouse are saying they think we are in good shape. All up to Mother Nature at this point.”

John Benedetti did some sampling of grapes from Deer Park Ranch in Corralitos, home of Lester Family wines, this week and posted on Facebook yesterday: “First smoke taint lab analysis at Lester came back clean. Some good news for some of us. Much-needed. Will test again as we get closer to harvest. They may have grapes remaining for sale there, if things remain clean … for those of you who have lost vineyards. Will test again in a week or so (only 18-19° brix right now).”

And so, we wait. And hope. And keep an eye on the skies.

Hallcrest Vineyards is one of the oldest wineries in the Santa Cruz Mountains. Proprietor and winemaker, John Schumacher, was not going to give up his long-term investment that easily. “Over 30 years here: hell, no, I am not giving up without a fight!” He’s been monitoring and reporting on the situation constantly, including his finding of a burned piece of mail from someone in Boulder Creek, 6 miles away. As he gazed at it he prayed that the addressee had evacuated safely. He’s been taking photos of the columns of firefighters, water tanker truck contractors, and woodsmen with “big ass” chainsaws from different companies, plus many private contractors, all working 12 hour shifts in this brutal heat. “The whole thing moves like a well organized army,” he says.

This morning, he posted pictures of blue sky for the first time since the firestorm erupted. He was not seeing any smoke plumes in the mountains around him and the air quality was good. “Our local firefighters, as well as strike teams from other areas, have done a wonderful job of saving property here in Felton. My optimism meter has just bumped up to 8.5!” For a time yesterday afternoon, he was close to leaving, but the wind shift and the fact he no longer saw flames up at tree level, gave him hope.

He was especially grateful not only to all the hardworking firefighting teams, but to law enforcement personnel, all of whom are trying to protect the lives, belongings and livelihoods of their fellow citizens, many of whom they will never meet.

“Causes of nature do not get me frustrated or upset. Causes of arrogant politicians and bureaucrats who think they know how to best manage our lives is what frustrates me. And actually, it’s always refreshing to me that Mother Nature shows them all up. Truly the people that put their effort into helping their neighbors and community from the heart and walk the talk, are the people I love the most,” he says.

Here’s to our amazing community of wine and food in the Monterey-Salinas-Santa Cruz area. We have, and are, something special.