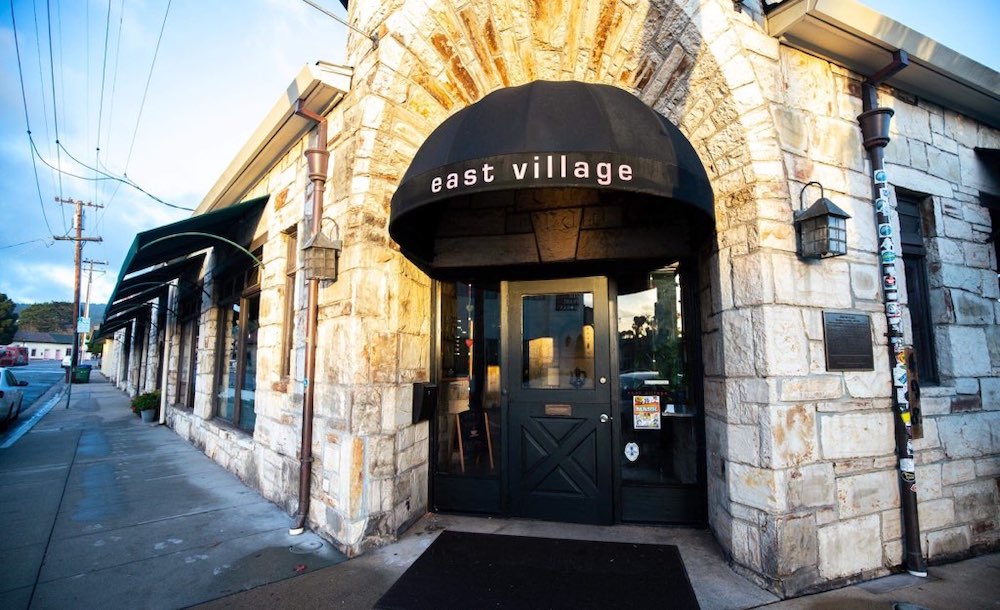 Longtime neighbor Ryan Lama has owned and operated the shop Maybe on Monday a few steps up Pearl Street for around eight years. There he peddles handcrafted and direct trade masks, sculptures and art from his native Nepal. When he heard East Village was for sale by Carmel Valley Coffee Roasting Company’s Dean and Janet McAthie, he reached out and initiated talks to take over; Lama now leases the cafe from the same landlord who owns his import shop, Saucito Land Company.

He’s not planning on any dramatic reinvention, particularly as new shelter in place restrictions are applied, just sturdy, reliable coffee and tea to go with straightforward food in a linchpin downtown location.

“It’s such a historic building and such an iconic space,” Lama says. “I’ve always admired this corner—it’s a local’s corner. When it was closed it didn’t feel right.”

Given his own background, he does want to better emphasize the “east” in East Village with authentic chais, Himalayan art and mindful attention to detail. “The real east,” he says.

A colorful Nepalese tuktuk occupies the main room where the layout remains the same and the Simonelli espresso churns out spot-on lattes. Ritual offerings left as part of a traditional blessing conducted by Lama’s father the day previous sit on a table, flanked by incense. Nepalese paintings on handmade lotka paper hang on the walls.

On Edible Monterey Bay’s visit staff collaborated on training and a local who popped in for a coffee couldn’t contain her relief the cafe has re-opened. “This is my favorite place,” she said. “Sometimes I would work here for six hours.”

Current hours are 7am-2pm daily. Plans for online orders and curbside pickup are in the works; Lama is also applying for a license to serve beer and wine.

Lama understands the challenging timing of his endeavor. “It’s weird to be opening when everyone’s closing” he says, explaining his ambitions are modest and will include a lot of his own labor to keep costs low. He invested plenty of energy in the deep clean of the weeks gone by, working his hands hard enough that his smartphone wouldn’t recognize his fingerprint.

“We’ll keep it simple and try to survive,” he says. “I’m going to keep the lights on.”