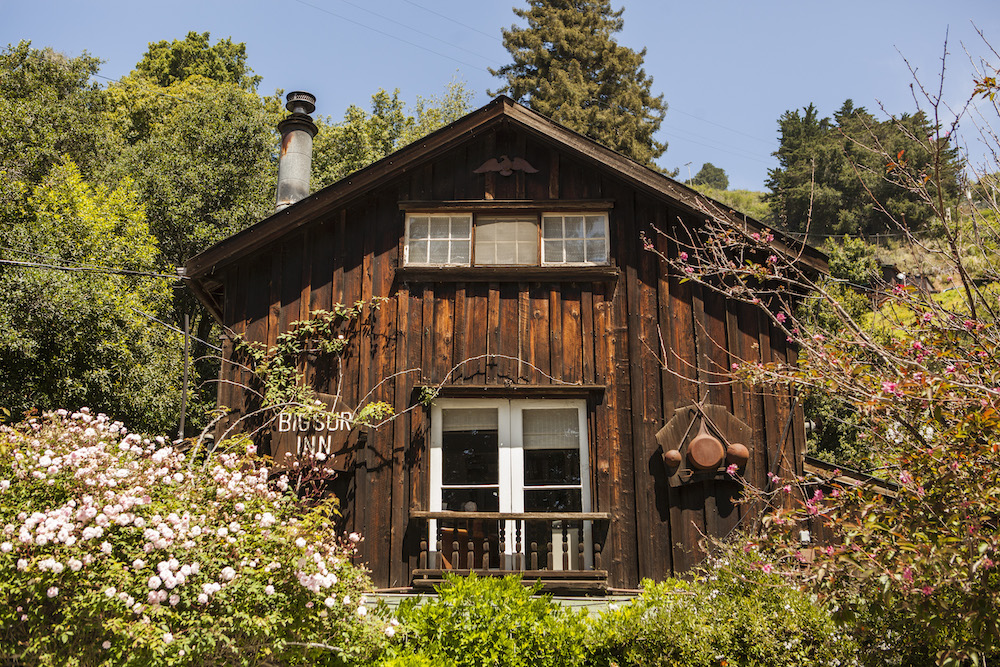 April 19, 2021 – One of the most historic inns on the entire California Coast is back—and reintroducing its legendary breakfast.

Back for Deetjen’s Big Sur Inn and Restaurant means way back, in full historic detail, from the hand-hewn doors to the little meditation-style bells tucked throughout the property. After all, as general manager Matt Glazer likes to point out, despite the hype the breakfast has always garnered, preserving history is Deetjen’s reason for being.

“We’re not in the food and beverage business, we’re in the business of historical preservation,” he says.

For the reopening of the restaurant, that means looking back at menus written in calligraphy from decades gone by.

“Doing something new and different is exactly what we’re not doing,” Glazer says. “If anything we’re going [further] back in time, looking at what people love and asking, ‘What is historic Deetjen’s?’”

The answers are manifold. But chief among them are fluffy pancakes made according to the original specs; build-your-own Benedicts with the property’s proprietary Hollandaise (and its touches of lemon and spicy heat); and bottomless mugs of the house blend dark roast done by Acme Coffee Roasting Company exclusively for Deetjen’s.

When we spoke last week Glazer was prepping for recipe testing in earnest, and particularly excited for breakfast burritos that either merge spicy ground chorizo with potatoes and eggs or go the sautéed spinach-mushroom route. Both types of burrito are grilled and sided with guacamole, sour cream and (yes), homemade house salsa.

“Not a taqueria burrito wrapped in paper,” Glazer says. “A knife-and-fork burrito.”

Breakfast is the focus for now, with other offerings TBD. Glazer, who’s cheffed everywhere from his heart home of New Orleans to Big Sur Bakery to Big Sur Roadhouse, says opening at 8am Fridays, Saturdays and Sundays in May is all he’s comfortable committing to for now.

Reduced capacity lodging at Deetjen’s, meanwhile, has been open for essential travel since November and happens at 60 percent currently.

The restaurant’s return May 8 (a day before Mother’s Day) marks the latest breakthrough for a property that has not only endured COVID-19 closures but is concluding four long years of surviving multiple fires and the destruction and repair of Pfeiffer Bridge. The 2017 storms that broke the bridge also felled trees that took out four rooms of Deetjen’s 20 total. (Two have fully restored while the other two are under construction.)

Key to the effort was the hard decision to shut down the whole hotel-restaurant operation to consolidate the two nonprofits that handled the property maintenance and hospitality elements, respectively. Their two distinct governing boards and overlapping responsibilities—plus high passions befitting an adored destination—made governance so complicated the decades-old arrangement threatened to end Deetjen’s as the community knows it.

“Sometimes you have to walk away from the thing you care for to save it,” Glazer says. “Now everything’s more streamlined.”

The return of Deetjen’s breakfast comes as the second jolt of good news for a community as battered by both the elements and access issues. Highway 1 is slated to reopen a week earlier than scheduled, at noon Friday, April 23. It’s been completely closed after post-fire debris wiped out a 150-foot stretch of roadway at Rat Creek.

That update generates the sensation that even as Deetjen’s remains as timeless as ever, its rebirth also feels timely.