March 16, 2015 – Deborah Madison is by turns funny, emphatic, and quirky, with a questioning mind and sparkling eyes. Given her long list of honors, including three James Beard Awards and two Julia Child Book of the Year Awards, she could be arrogant. But she’s modest—and nice. A keynote speaker at the 35th annual Eco-Farm Conference in Pacific Grove, she was spotted rushing to and fro across the Asilomar Conference Grounds, avidly soaking up farm-fresh knowledge just like any conference-goer.

This UCSC alum (Cowell College, 1968) began revolutionizing vegetarian cooking in 1979 when she opened San Francisco’s Greens, one of the country’s first farm-driven restaurants. Greens is associated with the Tassajara Zen Mountain Center, which is celebrated for its delicious cuisine, and where Madison was head cook. She is the author of 14 cookbooks, most recently Vegetable Literacy in 2013—which cleverly organizes recipes by botanical plant families; and The New Vegetarian Cooking for Everyone in 2014—a tome with around 1700 recipes, which is like a vegetarian Joy of Cooking.

Madison invited me to interview her in her room before she left for Davis, where her brother still manages a walnut farm near where she grew up. Then it was back home to Galisteo, New Mexico, where she has lived for the past 25 years.

What’s it like to be a founding leader of the locavore movement?

I don’t know that I am a leader! But I can tell you the moment when eating locally really came into focus. I was driving across Scotland in 1976 with a friend. We were freezing cold and hungry. It’s very rural, and finally we found a pub. They weren’t open for business, but I could hear someone banging around the kitchen. So we went in and asked, “Can we have lunch?” “Oh no dearies, I haven’t any soup,” said the cook. We said, “We don’t care about soup, we’re just really hungry.” She sat us down in this little dining room and outside was a garden. It was fall, and there were Brussels sprouts and cabbages and potatoes. Behind it was a loch.

She came in with a big tray with fish, potatoes, and cabbage, and I thought, “Wow, we’re eating just what we’ve been sitting here looking at. There’s the garden, and there’s the lake, and here’s the vegetables, and here’s the fish.” And it was like, that’s eating from your landscape. And that became my north star.

How has it evolved for you, and for our culture? It’s kind of overwhelming. Back then we had like six farm-driven restaurants in the Bay Area, and maybe 10 farmers. Now there are 2000 people at Eco-Farm. It’s big, it’s everywhere. It’s filtering down as a value to the culture at large. It’s not just a handful of eccentric people who knew the food that you grew tasted better somehow, which is sort of where it started. At Greens we were introducing people to arugula, to different kinds of lettuces, to baby lettuces. Now getting a head lettuce is practically an unusual event. I wish they’d come back!

I’m very interested in the big movements and now there’s so many people doing so much good work and all kinds of organizations, addressing all kinds of issues—equity, food sovereignty, etc. I’m just astounded all the time. Off of the top of my head, some of my favorite organizations are Food Tank, Roots of Change, American Farmland Trust, Organic Consumers Association, California Association of Family Farmers, Seed Savers Exchange, Slow Money, and there are many others.

You were a vegetarian for many years. What happened?

I was a vegetarian during the years I was a student at the [San Francisco] Zen Center because that’s what we ate. A vegetarian diet was ok with me because I didn’t grow up on a very meat-centric diet. Meat was so to-the-side, so unimportant. It just didn’t register. I couldn’t even tell you what a steak was like. But when I went to work at Chez Panisse in 1977 that all changed. I wanted to know how food was supposed to taste when it could be really good. And wine, too. I got introduced to wine there very nicely.

Soon after I got together with my husband, who was also a vegetarian, we went to Spain. I think we were there 30 hours before we had a meal, and we were hungry and jet-lagged. The first thing they brought us at this winery where we were was Serrano ham. That was the moment, and we took it. And we said [whispering], “This is really good.”

I always say, “I’ll eat anything.” If I come to your house for dinner and you’re cooking steak, I’m not going to say, “No thanks, I don’t eat that.” I’ve always felt it’s more important to interact with people than protect your diet. I live in the southwest [Santa Fe, New Mexico], and a lot of my neighbors and friends are ranchers. They give me gifts of beautiful grassfed beef roasts and hamburger and lamb and whatever they raise, and I give them vegetables. And, I’m grateful for it.

Do you feel grains are healthy foods?

It’s exciting that people are growing and milling their own grains. It’s such a happening thing. I buy White Sonoran or Red Fife wheat flour when I have a chance. White Sonora wheat is a very soft flour. It’s used for tortillas. Actually, I use it for cake flour. It’s that fine.

I am suspicious about the gluten-free thing. If you’re celiac, yes. If you’re anybody else I’m not sure. Anybody will feel better when they start eating less carbohydrates. If someone says, “Oh, I’m non-gluten,” then they’re not usually having deserts or bread. There are a lot of things they’re not having so they start to lose weight and they feel good. I would too.

What vegetables are your favorites to grow and eat at home? There isn’t really a vegetable that I don’t like and it depends on what’s in season. I’m not a great gardener, but there’s a real pleasure in being able to go out and pick your own food. It’s really fresh. It’s lively. The leaves aren’t all torn up. It hasn’t been in your refrigerator for days.

I love Costata Romanesco zucchini, a ribbed Italian heirloom. It’s the only summer squash I grow. I love to slow cook it on the stove sliced in rounds until it’s golden in places. Then I add a shower of fresh herbs, maybe some toasted pine nuts, maybe some shaved Parmigiano-Reggiano or a goat Gouda… Very simple, but the longer slow cooking brings out the squash flavor.

I love chard and it’s easy to grow. It’s nice to be able to pick those leaves when they’re young and tender. I love to put it in a frittata, with lots of basil and red onions, or put it in a soup with lentils. The same with beet greens. Beet greens are great in a salad if they’re young and tender, and if they’re not I cook them and serve them with a little yogurt, tahini, lemon and garlic sauce. I always grow beets because I love the different colors. I love to just cook them, chop them up and put them in a salad. Or reheat them. We always have beets on hand.

I adore avocado and I eat a lot of them. I can eat an avocado for breakfast on toast, I can eat them for lunch on toast, and I try not to eat them at dinnertime too!

Celery root [celeriac] is great. For some reason, it always makes me think of truffles. If I smell it, I want truffles. I might just make a beautiful bisque with it with a little truffle salt atop. Or if I want to feature it I love it in a gratin with some potatoes and leeks, cream or light béchamel sauce and bacon. It’s delicious. And it’s a lovely salad vegetable, too. I slice it on the thin side, or maybe grate it, with a little meyer lemon vinaigrette. You can’t go wrong with that.

You have many organizational involvements regarding food justice, from volunteering to start a new participation cooperative in Santa Fe, to helping your local farmers market grow, to sitting on numerous boards. But, as a chef, how do you help the good food movement?

I often say to myself, “I gotta get out of this food thing.” But when I’m at a conference like Eco-Farm and people say, “Thank you so much for what you’ve done,” or a farmer says, “Can I use your recipe at the farmers market to give away?” I think yeah, that’s a way I can help the movement because you have to get it to the table. It is food we’re talking about. People are growing things that are eaten. This isn’t a flower conference. It’s about farmers growing food. So you gotta get it to the plate. If I can help in that way, great. When I go out and I hear peoples’ resistance to certain vegetables, or to cooking in general, I think “We have to do better,” and maybe I can help. 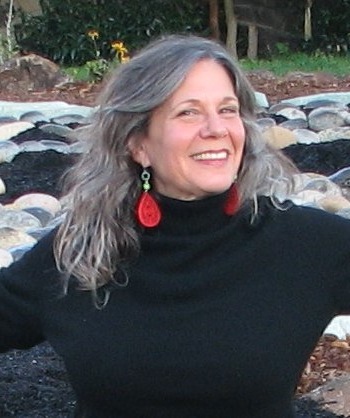