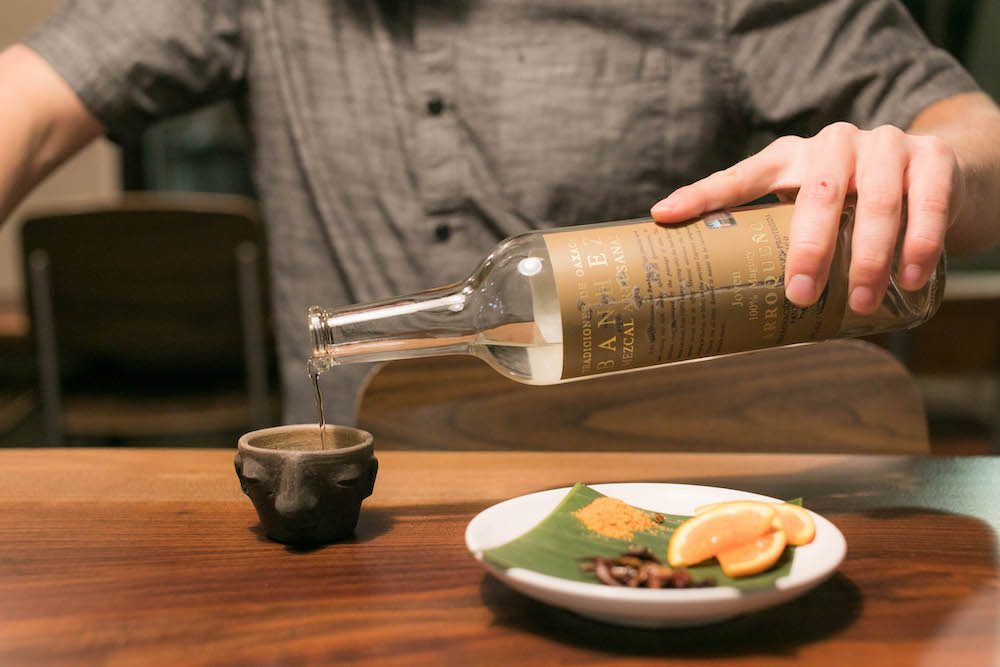 July 21, 2020 – It’s fitting that the main event at Copal Restaurant, which opens on Mission Street in Santa Cruz this Thursday, is mole.

It fits because Copal, named for an indigenous Oaxacan tree, is nothing if not built around lots of promising ingredients. One key ingredient is ace chef Ana Mendoza, who was born in tiny San Martin Tilcajete, Oaxaca, and worked in catering there for years before moving to Santa Cruz.

Mendoza’s recipes have won awards at the Mole & Mariachi Festival and the Pajaro Valley Burrito Bash and helped sell out “Night in Oaxaca” pop-ups at Lúpolo, where her signature mole negra stole the show. Locals with a passion for homemade Oaxacan food will also remember her goods from a monthly brunch that she held at the Food Lounge in downtown Santa Cruz.

She produced those in collaboration with Stuyvie Bearns Esteva and Noëlle Antonlin after the three met at Front Street Kitchen, a shared commissary kitchen in downtown Santa Cruz. Esteva and Antonlin are two more important ingredients, as they bring valuable experience in how to run a vibrant, flavorful and locally sourced outlet: They opened popular Lúpulo Craft Beer House on Cathcart St. in downtown Santa Cruz six years ago.

While the beverage focus at Lúpulo is evident in the name, at Copal the focus will be mezcal—another key ingredient—but the philosophy will be familiar.

“We’re taking a similar approach that we do to beer,” Antonlin says. “If someone comes in and likes agave, we are going to try to put something in front of them they’ve never tried.”

Flights and tasting will focus on family-run Oaxacan mezcalerias.

“We want to support the smallest production family invested in sustainability and giving back to the communities they come from,” Antonlin says. “The aim is unique stuff not commonly found in your BevMos.”

Exclusively to-go hours will be 1-8pm Wednesday through Sunday with ordering happening direct from the Copal website or at the door. The three-deep takeaway cocktail list is in the works but it will include the house margarita built around a 50/50 mezcal tequila blend. Eventually to-go flights with tasting notes will be available, as will some sort of outdoor tasting program.

The house enchiladas, with pork picadillo (or hash), tomato, raisins, almonds, mole coloradito and queso fresco, are yet another stomach-growl generator.

“You think you know what you’re going to get, but Ana’s dishes aren’t typical Mexican food you find in the states,” Antonlin says.

“Oaxacan cuisine has so many unique spices and ingredients that are native to my land and they inspire me to put love and effort and time into it,” she says. “I think people who haven’t tried Oaxacan food will fall in love with it and want to come back. Nobody has tasted enchiladas like ones I make!”

When asked what aspect of Copal she’s most excited to share with Santa Cruz, Mendoza is succinct.

“It is an art that I feel I want the world to see,” she says.