February 10, 2014 – Erik and Doniga Markegard were checking out of Asilomar when we crossed paths in the lobby. Their four young greenhorns in tow, they were on their way back to TOTO Ranch near Half Moon Bay where they operate Markegard Family Grass-Fed. It’s an Animal Welfare Approved and American Grassfed Certified ranch selling beef, lamb, pastured pork, and green eggs through a herd share. Doniga Markegard had presented at a session entitled Safe, Wholesome Raw Milk from Your Farm, along with Tim Wightman, president of the Farm to Consumer Foundation. A sister organization, the Farm to Consumer Legal Defense Fund, represents about 2,000 individual farmers and 3,000 members of raw milk-buying clubs and herd shares.

Markegard is at the forefront of the movement to legalize distribution of raw milk from micro-dairies in California. She told me farmers are finally making progress after years of cease and desist orders that have caused them worry, and threatened to close them down. Now the California Department of Food and Agriculture (CDFA) has sponsored a stakeholder working group, and Assemblymember Mariko Yamada (D-Davis), Chair of the Select Committee on Sustainable and Organic Agriculture, is authoring legislation for a proposed bill to introduce into the assembly.

“This is about legitimizing the family cow,” says Markegard. “It’s about modeling after laws in nearly 40 other states where very limited amounts of excess milk can be distributed off the family farm, making sure that very specific safety considerations are taken into account.” The new law will likely allow small dairies up to three cows and 15 goats or sheep, and is nicknamed the “small cow exemption.”

According to Farm to Consumer president Pete Kennedy, who works on dairy issues for the Weston A. Price Foundation, “There’s no way these dairies can afford the licensing and physical facilities required of raw commercial dairies. It makes no sense financially even if someone with a few cows can afford it.”

Currently there is no law that says herd shares are illegal, but for years, raw micro-dairy farmers of all sorts—cows, goats and sheep—have risked all by sharing (not even selling) their products if it leaves the farm. Forced to operate in a gray market, they must write “for pet food only” on their products – including, ironically, finely crafted cheeses. (It’s a sad day when consumers must hand over the raw goat brie to their dog to stay on the right side of the law.) Apparently, convenience store donuts and soft drinks are worthy of human consumption, and the products of a well-managed family farm are more dangerous than the slim pickings of a food desert.

But educated consumers have sought out small dairies by hook and by crook through word of mouth. They want the fresh taste of raw milk, and the bacteria that bolsters their immune response and that of their children. “People are viewing raw milk as medicine,” says Markegard. “It’s a complete food with trace minerals, calcium, proteins, enzymes and other nutrients. Some of our co-owners swear that switching to raw milk improves their children’s health. They stop having symptoms like rashes, allergies and digestive problems.”

The new law will not pertain to California’s three state-licensed commercial raw milk dairies. These include Organic Pastures near Fresno, Claravale Farm in Panoche in San Benito County, and a third that was added just last year, Schoch Family Farmstead in Salinas, Monterey County. Markegard “engaged” when she found CDFA investigators outside her gates. She contacted the Farm to Consumer Legal Defense Fund, and connected with Pattie Chelseth who operates My Sisters’ Farm in Shingle Springs, about 40 miles outside of Sacramento. Chelseth, who also has a herd share, had received a cease and desist order.

Together with Chelseth and Yannick Phillips, Legislative Outreach Advocate for the California State Grange, Markegard began shopping around for support. The group visited all members of the agriculture committees of both the Senate and the Assembly before coming to an agreement with Yamada. “She’s great,” says Markegard.

Despite CDFAs pressure on raw micro-dairies, some governmental agencies have been cautiously supportive of safe access to local food. In particular, the Center for Environmental Health of the California Department of Public Health (CDPH) supported the passage of Assembly Bill 1616, the Homemade Food Act. Also known as the cottage food law, this bill has enabled small food businesses to operate out of home kitchens since January 1, 2013.

However, the times may be changing at CDFA. Secretary Karen Ross—who delivered the opening remarks at Eco-Farm (eco-farm.org) in 2012—suggested the formation of the raw milk working group. This group of stakeholders now includes CDFA, CDPH, California Farm Bureau , Western United Dairymen, Community Alliance with Family Farmers, county ag commissioners, consumer advocates, and last but not least, farmers. There are about 1,000 small dairy herds across California, with 150 of their farmers actively involved. Markegard is the farmer liaison, ensuring they have a loud, clear voice.

Part of the working group’s mission is to address the broader issue of consumers’ growing demand for locally produced foods. In that sense, CDFA’s cautious support for updating herd share and buying club laws is related to the cottage food law, which also legitimizes direct relationships between consumers and community micro-businesses.

Another impetus to update the laws may be to protect food security, a national concern. In addition, creation of laws governing “slow food” may be a reaction to globalization of the food supply chain, which presents its own safety risks and scares.

Markegard appreciates that the CDFA has been supportive through the process, providing technical assistance in the development of statutory language for a proposed bill that will enable consumers to access raw milk from micro-dairies. Once the group receives an assembly bill number, they’ll have a sense of the timeline. Stay tuned. Is raw milk dangerous? Not for most of human history. Since ancient times pastoralists around the globe drank milk as it came out of their animals, and they still do, even in very hot places like the Middle East where food can go bad quickly. Milk was drunk fresh or, as early as 10,000 BC, fermented to make foodstuffs like kefir, yogurt and cheese, rich in beneficial bacteria.

Today, our economy is based on the disconnection of consumer and producer. Few consumers know where their milk comes from and they cannot easily track it. Driven by the global supply chain to stay “fresh,” highly processed milk has a shelf life of two weeks to six months. On the other hand, micro-dairies must be directly accountable to their herd share members, who know where they live.

Yet regulators have been fixated on bacteria in raw milk, even though science shows that pasteurization and ultra high treatment (UHT) has contributed to the superbug epidemic and the demineralization of American bodies. According to Dr. Daphne Miller, author of Farmacology: What Innovative Family Farming Can Teach Us about Health and Healing, lack of exposure to bacteria in the U.S. is behind the rise of autoimmune diseases like asthma.

In fact, reputable organizations like Slow Food refute that raw milk leads to catastrophic public health outcomes, and has translated data from the Centers for Disease Control into meaningful numbers for lay readers, which show that the total number of cases of bacterial food poisoning and illnesses attributed to raw milk represents a tiny percentage. Between 1999 and 2010:

Probiotics: The Rise of a Profitable Commodity Market

Killing off good bacteria in all the ways we do is leading to profitable new industries. Since processing removes good bacteria from the food supply, now consumers must pay to get it back.

Probiotic supplements have become a profitable industry that is trending up with no end in sight. Estimates vary, but the probiotics market for human nutrition has probably reached past $1billion in the U.S. and probiotics are now added to cattle feed and even dog food.

Many have seen Jamie Lee Curtis on TV hawking Activia, a yogurt with probiotic additives, which she claims promotes “regularity.”

And, probiotic supplements in flashy packaging line health food store shelves. They are expensive and, sadly, access to them is class-based. Take one popular – and respected – brand, Garden of Life’s Raw Probiotics for Women. It costs roughly $34 for 90 vegicaps, without tax. Servings are three to nine vegicaps per day. Therefore, for maximum potency, a 30-day supply costs about $100 a month. That’s out of reach for many people.

Ideally, one or two courses of the supplement would recolonize beneficial bacterial in our intestinal tract. However, it’s difficult to get the good little bugs to stay and live in our gut because we are surrounded by antibacterial agents, from cleansers to hand wipes to antibiotic medications. This means that many people will be looking at long-term supplementation just to be able to digest their food, as well as a new monthly budget item.

So here’s the white elephant in the room: Why not just drink raw milk? 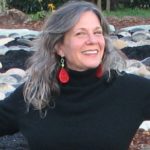