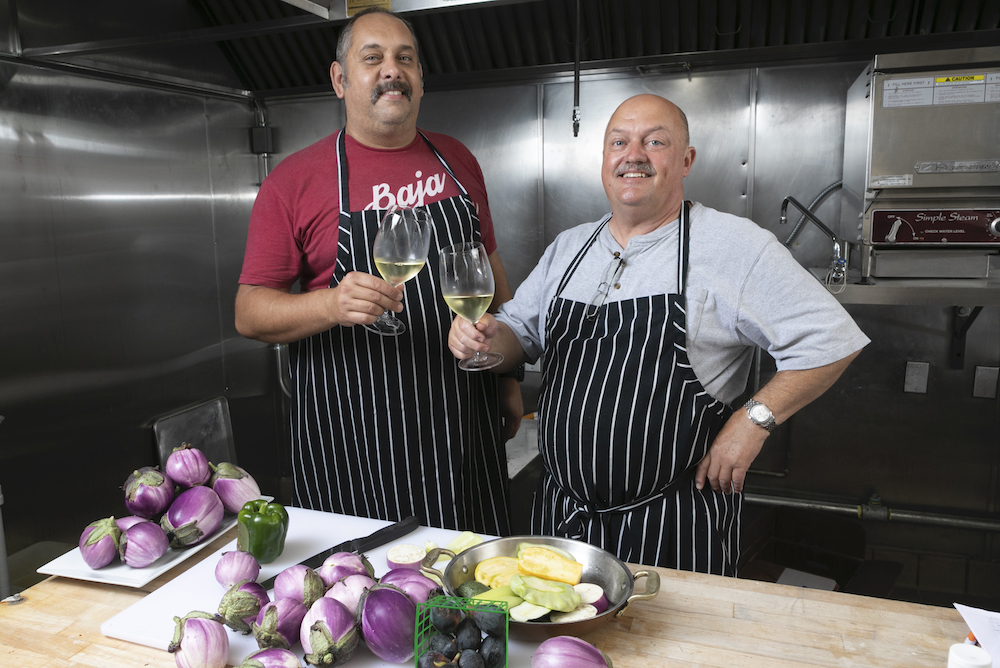 August 18, 2020 – Everybody wants the hookup. And two local tastemakers want to give everybody the chance to get it.

The tastemakers are restaurateur Gabe Georis and his longtime collaborator and friend Brandon Miller, who previously worked together to make Spanish tapas eatery Mundaka one of the most buzzed-about restaurants in Carmel. Miller continues to helm the kitchen as executive chef at memorable il Grillo, la Balena’s standout sister spot.

“That’s the feeling we wanted to convey—getting the hook-up from us out the back door,” said Georis, who grew up in the business as his family cultivated the Casanova restaurant dynasty; he continues to run Pescadero and Barmel. “We know who has the best stuff locally, the best produce, the best fruit, the best chickens, and our Stashers get to take advantage of that inside scoop. It’s fun.”

Everything is the same high quality that the chefs serve their restautant guests and families—think organic, natural, grass-fed, sustainably caught, hormone- and antibiotic-free, pasture-raised, local, fresh.

The Chef’s Stash invention was mothered by necessity: With his restaurants shuttered, Georis found himself cooking at home a lot, with access to the top produce and meats available from vendors who supply his restaurant. As a wholesale buyer, he found himself with far more than his family could consume, so he recruited friends who also like to cook at home and divvied up the plunder.

“People who were excited about it, because they were getting higher quality ingredients at a good price, and avoiding the exposure of going to the store,” he says. “They were surprised each week to see what they got, and we started sharing recipe ideas on a text thread and later Instagram. People would take photos of what they were cooking with the boxes to share and inspire each other to cook tasty dishes.”

Chef Miller thinks participants will be struck by the sheer quality generated from extensive relationships with producers over time, mentioning two farms he’s partnered with for a quarter century.

“It’s our very favorite stuff from years of sourcing and cooking with the best we can find,” he says. “I think people will be—and already have been [as part of the pilot]—surprised by just how good the ingredients are.”

He also loves including a couple of Chef’s Stash exclusive items. This week it’s a panna cotta with plum compote and a roasted summer vegetable ratatouille.

Interested parties can go to TheChefsStash.com and sign up for boxes to feed 2 or 4 people by Tuesday at 5pm and select any add-ons like local wine. Pickup is on Fridays between 3-7pm at Mission Street between Fifth and Sixth avenues, across from Katy’s Place restaurant.

It all has a way of reminding me of something celebrated chef Thomas Keller told me in advance of a visit to Monterey Bay Aquarium to collect an award for sustainable practices: Good cooking is as much about sourcing as skill—maybe more.

“If I can get better ingredients than you,” he said, “then I’m a better chef than you.”

Those with a hookup know the feeling.