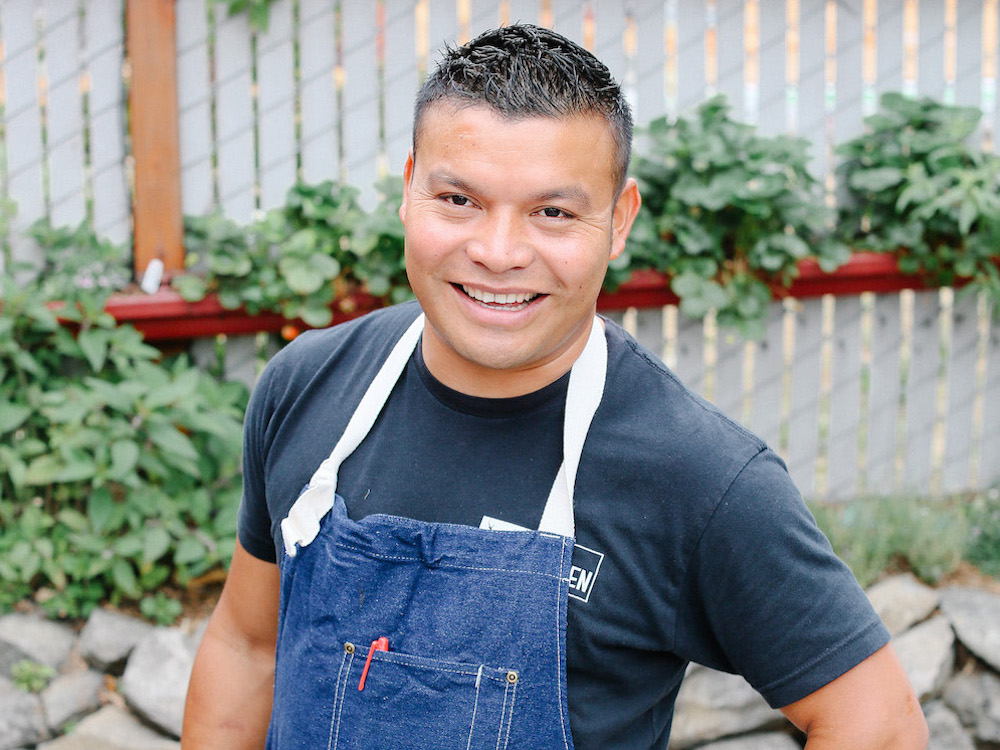 September 29, 2020 – Talented Santa Cruz chef Santos Majano will leave his restaurant The Kitchen at Discretion at the end of January and owners of the Soquel brewery where it is located are searching for someone to replace him.

“I just realized I need to spend more time with my family, especially with homeschooling our son who is almost seven,” Majano said, adding he is keeping an open mind about the future.

“We are super sad to see him go, but after more than six years here he just wants to do something different and we are excited to see what the next steps will be,” said Rob Genco, who owns Discretion Brewing with his wife Kathleen.

The brewery posted the news on social media late last week and started searching for a new food provider, which is currently a requirement for breweries to remain open under COVID-19 restrictions.

“We have a very rich palette of culinary talent here in Santa Cruz and have already had some interest in the space,” Genco said. “Life is a revolving door sometimes, but you have to stay positive and hopeful about the future.”

Majano swears he has no future plans and just wants to “take it easy” for awhile. He also said the pandemic was not to blame for his decision.

“Definitely not,” he said. “The industry is not easy right now, but we have been blessed and lucky that we have been able to do well. People in Santa Cruz are being very supportive of local restaurants and we are managing to navigate these difficult times.”

Majano said though, that he and his wife Laura—a full-time wine rep—have had to rely on friends to take care of their son Mateo as schools are currently closed.

“The future is hard to tell, right now I just want to take the time I need,” Majano said. “But maybe next year, when Mateo goes back to school, I’ll sit down and try to figure out what’s next.”

Before opening his own restaurant inside the brewery, Majano was executive chef at Soif in downtown Santa Cruz and he has also worked at upscale restaurants, including the two-Michelin-starred Cyrus in Healdsburg. His superb food has been a major draw for the brewery, often mixing high brow and popular flavors like quail and waffles.

“I’m keeping an open mind,” he added. “I’m an adventurous person and want something new, who knows I might work on a farm or a fishing boat. If something comes up down the road, I want to be ready.”

The Kitchen at Discretion is currently open for take-out and outdoor dining in the beer garden Wednesdays – Mondays from noon to 7PM, and you have a few more months to enjoy its very special cuisine.