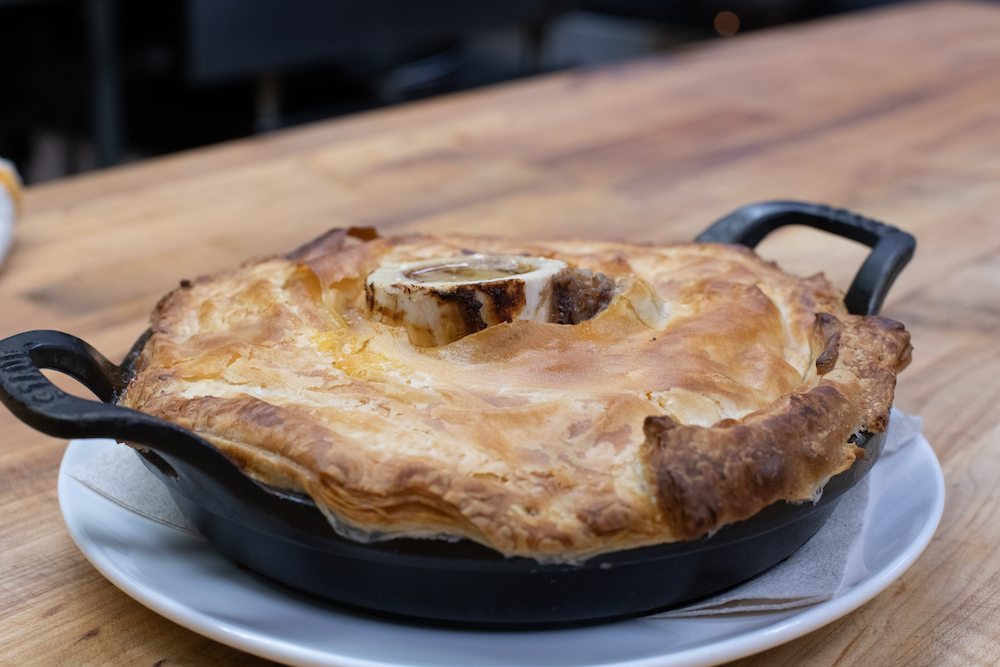 November 24, 2020 – Talented Santa Cruz chef Brad Briske is set to open his second restaurant in January. Briske, who with his wife Linda Ritten, owns the farm-to-table Home restaurant in Soquel is set to take over the restaurant at Discretion Brewing, when current chef Santos Majano leaves at the end of the year.

“It’s a great step for us,” says Briske, who is no stranger to operating two kitchens at the same time. When he worked as sous chef at Carmel’s Casanova, he prepared dishes for that restaurant and its sister restaurant La Bicyclette and later as executive chef at La Balena in Carmel, Briske also operated its little sister Il Grillo.

“It’s very exciting for all of us,” says Rob Genco, owner of Discretion Brewing with his wife Kathleen. “We dream about beer all day and Brad thinks about food all day, together I think we can generate something that is greater than either part alone.”

Chef Santos Majano, who operates his Kitchen at Discretion as an independent business, is set to move on to other endeavors (see EMB 9.29.2020) and Genco says the transition should take place sometime between Christmas and January 15. So there is still time to enjoy Majano’s much-admired cuisine.

Briske, who is still trying to decide on a name for the new eatery, says it will be a more casual version of his popular restaurant, with different dishes but the same quality and techniques.

“We’re still going to serve Fogline Farm chicken, Monterey Bay rock cod and fresh produce from local farms, and have things that we are already making like beef tongue and porchetta,” he says, adding that those ingredients might be served in different preparations like sandwiches or tacos.

“I’m hoping at the brewery we can have a little fun and add more world flavors, so instead of fried chicken like we make at Home it might be a Korean BBQ fried chicken sandwich,” he says. It doesn’t hurt that the well-equipped kitchen at Home restaurant is just a five-minute drive from the brewery.

Discretion beer will also make its way into many of the dishes, like a new salami he is planning, beer-washed cheeses and beer-braised pulled pork.

“Given how everything is right now, with COVID and winter, I feel really good about the new place because it will allow us to diversify,” says Briske, whose other pandemic pivot was to start selling pasta, sauces and charcuterie at farmers’ markets under the label Home Away.

It will also allow him to keep more staff employed during the slower winter months and Briske is promoting two of his chefs to help handle the additional work. Miyako Stormes will be sous chef in charge of the restaurant at Discretion Brewing, while Emily Renwick will be promoted to sous chef at Home.

Making his food more easily accessible to more people is another goal Briske has in opening the second location. “Our restaurant has been kind of a special occasion place and you usually have to plan in advance and make a reservation, but this will make it easier to drop in and, hopefully. if people enjoy the food at the brewery they might decide to try the restaurant.”