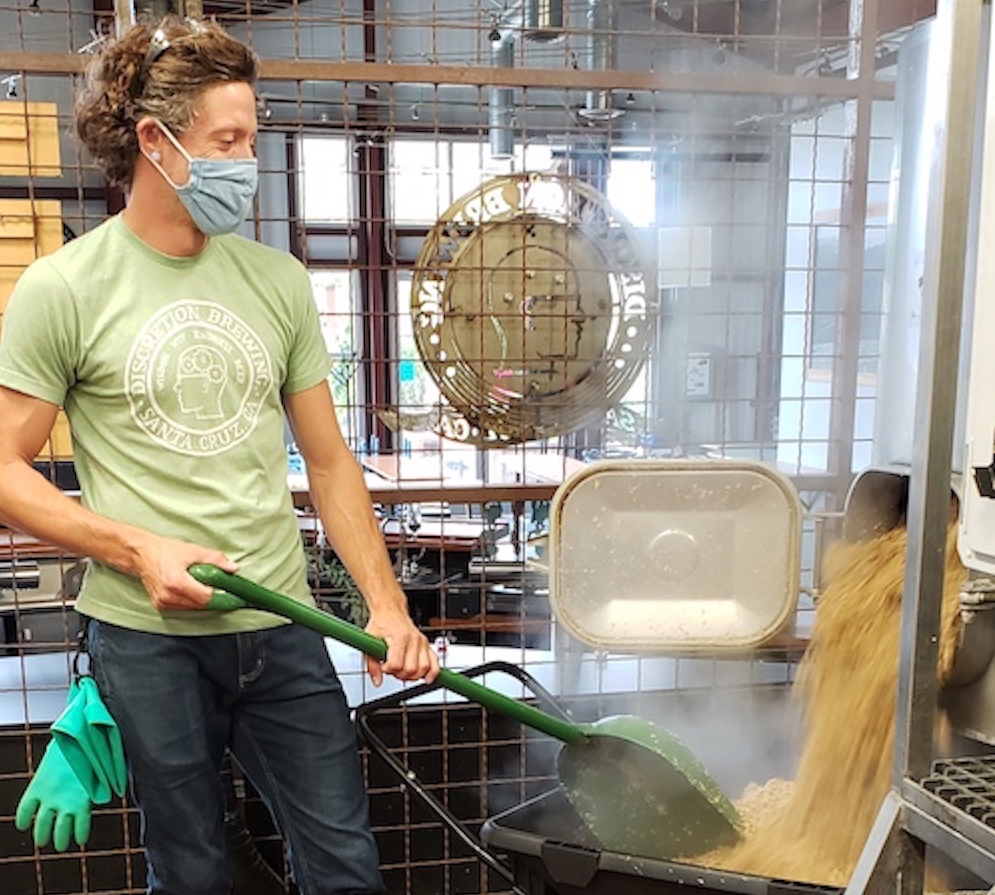 “We were watching the fires and just trying to figure out a way we could help,” says Rob, of the devastating CZU Lightning Complex Fire that burned more than 800 homes in Santa Cruz County over the past two weeks and forced tens of thousands of residents to evacuate.

They organized a Zoom call with all the breweries last Tuesday and everyone they contacted readily agreed to join in the effort to create and sell a new collaboration beer with 100% of the sales going to the Santa Cruz Community Foundation Fire Response Fund.

By Friday a donation of grain from Admiral Maltings had been secured and brewing got underway. The resulting batch is a Hoppy Blonde Ale, brewed with mosaic, centennial, and citra hops that add fruity, floral notes to its light and biscuity malt character. The brew comes in at 5.4% ABV and 27 IBU.

“This is a hard time for all businesses and the idea of this benefit was to help, but to not make it an onerous expense for the breweries,” says Rob.

Cans were donated by Berlin Packaging and labels by Custom label. A gorgeous label was designed and donated by Zephyr Pfotenhauer, who is also an EMB collaborator and resident of Boulder Creek—still under evacuation orders.

“It’s a beautiful label,” says Rob. “Very evocative with the redwood trees that are scorched, but still showing that their roots remain strong in the ground.”

“The redwoods, with their interlocked roots and their green shoots reaching skyward, teach us to hold on to each other and to trust that after the fire we will see new growth,” the label reads.

Each of the breweries will donate proceeds from sales of their allotment to the SC Community Foundation and the beer is expected to raise up to $15,000 for fire relief.

Make sure to buy a few cans when it is released, drink up and contribute to the community!