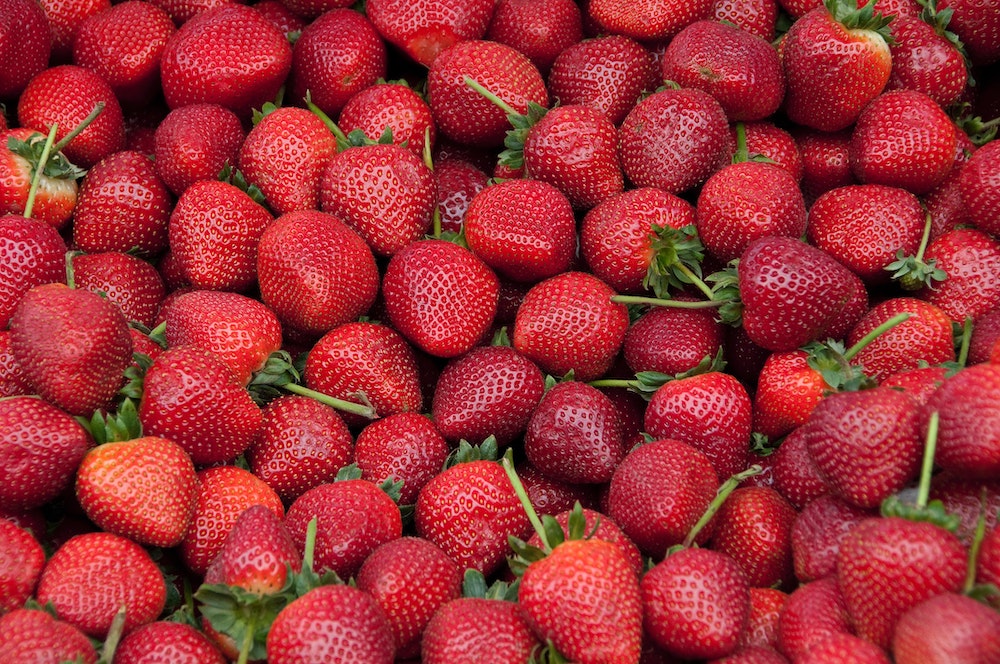 Most years, a headline like that—describing which Salinas Valley fruit or vegetable earned the most money in the year gone by—graces the lead page of local publications.

For those living inside an artichoke, an unprecedented pandemic and increasingly precedented wildfires meant the Monterey County Crop & Livestock Report from the Agriculture Commissioner’s office would be a fascinating—and likely sobering—installment.

Throw in never-before elements for the Zoom-based Ag Commission press conference and it gets more interesting. Given the expert panel of industry power brokers, and Spanish translation for the presser and the report alike, and today’s announcements had foodshed nerds like me running for popcorn and Milk Duds strawberry slices.

The conference and report detail ruthless moments of truth, including a turning point, as Norm Groot put it, when growers realized the choices were to have produce “donated, dumped or plowed under.”

The council and report also describe record losses, to the tune of a roughly $500 million gone. But they also illuminate some surprises and upbeat updates.

Livestock and poultry sales trended up. Fruits and nuts bore new profitable fruit. Cannabis is booming and increasingly understood as a cash crop for a complex market.

Ag Commissioner Henry Gonzales acknowledged that farming is perpetually challenging, whether that happens via broken tractors or new pest outbreaks.

Then he understated the obvious: That 2020 “really challenged the industry” in ways that no necromancer could see coming.

“But not everything was bad,” Gonzales continued. “In this adversity, the industry showed its resilience.”

It also revealed other takeaways, which appear here:

The Fab Five is still on top, but not without a shake up.

Salad Bowl of World is no hyperbole. (Far from it.)

The term gets thrown around enough that few stop to think about how expansive a claim the title really throws down. As the report reminds viewers, Mexico, Canada, Taiwan, Japan, Hong Kong, South Korea, Saudi Arabia and the European Union are among those who depend on Monterey County for fresh produce. The ag commission Zoom press conference itself was transmitted everywhere from Osaka and Amsterdam to Mexico City and Mumbai, among other far-flung places.

Farmworker Protection Capital of the World is now also accurate.

The Farm Bureau’s advisory for agricultural worker protections, which happened on the third day of shelter in place orders, was first of its kind nationwide. Across COVID it would be updated six times. In the process it became a model for California’s other counties and specialty crop areas across North America.

That became a model for other California counties and other specialty crop areas across the country.

“It was one of our better success stories, even if it was a scramble,” MCFB Executive Director Norm Groot says. “We did a good job of setting the pace and leading the way.”

The strawberry commission in particular excelled, starting COVID trainings two weeks before shutdowns, translating more information on COVID safeguards to Spanish than any organization in the U.S., and pioneering public service announcements about COVID health measures.

Organic is on the up and up.

Cannibus is among us—in a major way.

A lofty $34.4 million increase in value (to $484,102,000), which equates to a 7.6 percent uptick, is nothing to cough at. Outdoor flower (aka buds) accounted for the lion’s share with $414 million. But not everyone’s feeling high off that, even as its taxes from legal marijuana funneled nearly $22 million in tax revenue to the county, with almost $10 million going to COVID prevention measures. As more people go back to work, insiders anticipate demand and prices will not be as high in 2021, which means revenue will drop up to an estimated 20-25 percent.

Hemp is here too.

As a legal local crop, hemp has only been around two years—with 2020 its first year to generate value—but it’s gaining ground, literally and figuratively. Last year 11 producers on 33 harvested acres produced 6,600 pounds and $619,000 gross. “It’s a great beginning,” Gonzales said.

Wine is cooler with COVID than wildfire.

Pandemic, it turns out, isn’t so tough on the world of wine: Farming, squooshing and fermenting wine grapes is a naturally socially distanced endeavor, and people drink plenty of time while sheltering in place. Wildfires, meanwhile, not so much. Area fires led to smoke taint and overwhelmed testing labs, causing Monterey County vitners to take a 43 percent smackdown in value.

If you’re in the market for items that capture our local civilization and culture at a given glimpse of time and place, the newly renamed report, which added “& livestock” to honor ranchers, sums up a compelling portrait of an economic engine only rivaled by tourism, though produce didn’t dip nearly as far as did visitor revenues.

“The report is an incredible exercise every year,” Johnson says.

Chris Valdez of the Growers Shippers Association of California was one of the chorus who voiced, organically enough, that the crisis-driven collaboration was a shining outcome of tough times.

“[We can] transform from resiliency to even more progress,” he said.

“Never have I seen a stronger web of partnership as we witnessed this year…this collective effort continues,” MCVG’s Stemler added.

She then invited community and media members to engage their network to face down the rising Delta variant.

“Reach out to any one of us,” she said. “We have systems in place to get people vaccinated.”

Each of the experts expanded upon the theme of togetherness, making it the most transcendent motif of the morning.

From Strawberry advocate Tomlison: “It’s looking a little better, but we’re not quite there yet.”

He was among those noting a big positive in amped-up worker rights education, health consulting and COVID testing resources for all, symptoms or not.

“We’re resilient, because we have great support for each other,” Stemler said. “This [is a] web of partnerships in Monterey County and throughout California and the world.”

To my ears, it felt like a page out of the first responders handbook, Salad of the World style: You can’t feed the planet if you don’t take care of yourself.

The bowl is in good hands.