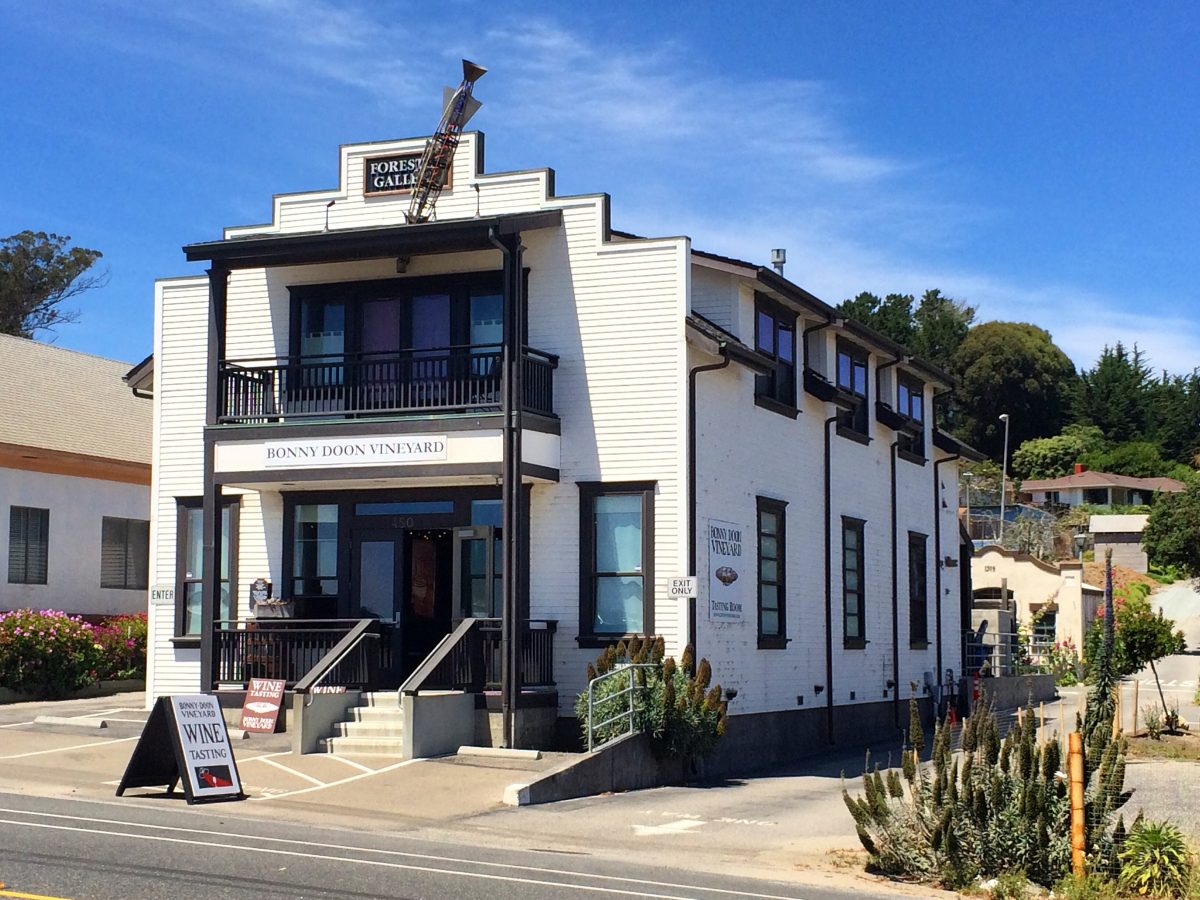 February 25, 2020 – It’s been a busy few months for Ryan and Rachel Beauregard: first, they bought a vineyard and now they’re about to open a new tasting room on the coast. With the closure of the Bonny Doon Tasting Room in Davenport last December, the Beauregards began to think seriously about what it would be like to have another tasting room location, but they worried this would be too close to their existing site.

Ironically, this is the second former Bonny Doon tasting room the couple has taken over, the first being the “Lost Weekend” spot on Pine Flat in Bonny Doon, where Randall Grahm’s Bonny Doon tasting room held court in the fog-kissed mountains from 1983 until 2008, when the Beauregards took it over. There is certainly a cosmic connection between the two. You know what they say about doors opening and closing.

Apparently, the Beauregards had been looking to open a second tasting room for some time, looking to increase their visitation and to attract new club members. “We’re almost 100% direct to consumer. We only have a few wholesale accounts,” explains Ryan. Which is why he and his father, Jim, had been looking at a location in downtown San Jose, near the Shark Tank, where they anticipated a lot of foot traffic. They’d gone so far as to sign a letter of intent, and were scoping out all the building costs, when they received word from the City that they could apply for a permit, for an initial fee of $70k. That was a red flag to Ryan, “It’s usually a good indicator that it’s going to cost at least three times that!” And then, factoring in all the investment required for a complete build out, not to mention the leasing costs incurred while construction was underway, and the way to San Jose might not be something even Dionne Warwick would want to sing about.

Suddenly, the idea of Davenport became more attractive, even though it was so close to their current location. When they started doing some rough calculations based on Caltrans estimates that 7,000 cars travel that part of Highway 1 every day in the summer, the Beauregards were encouraged.

“If we got just a fraction of those cars to stop, we could easily see at least as many people per weekend as we do in our Bonny Doon location,” says Ryan. Typically, they see 150 or so guests over a weekend, with between 40 and 50% of them first-time visitors. “We’re grateful to our dedicated club members and fans, who make up at least half of the crowd. But, we need to grow. Basically, we’ve talked ourselves into this!”

The landlord, George Majores, made it easier by actually coming to them and asking if they’d like to rent the place. “He actually hunted us down!” says Ryan. They’d always liked the feel of the place when it was Randall Grahm’s tasting room, but now, the craftsman style building was even more compelling. The cherry on top of the deal was that the landlord had done serious and significant retrofits on the project. “He had people repainting, putting in new plugs, brand new redwood crown moulding and stunning plate glass windows. It’s beautiful! Just as nice as a room at the Ritz!” They also love the tasting bar that Grahm had custom-built, and it’s pretty much all set to go. They just need to post their 30-day notice with the ABC. Right now, he’s aiming at the middle of April to get officially open.

The Davenport Roadhouse is under new ownership and he’s already talking with them about some kind of collaboration, perhaps an outdoor patio area.

With the acquisition of Bald Mountain Vineyard—another story for another time — Ryan hopes to have sufficient estate fruit to double his wine club over time. “We’re planning for the future,” he says. And a bright one at that.