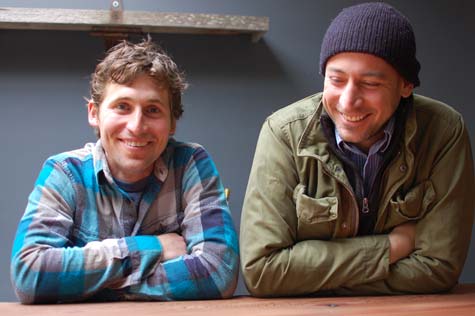 March 1, 2012—Be one of the first to get to experience Lokal, one of the area’s most eagerly awaited new restaurants!

On Wednesday, March 28, Lokal will open to host the first of Edible Monterey Bay’s new series of Popup Supper Clubs, which will appear on a periodic basis at restaurants, on farms and in other to-be-disclosed places around the Monterey Bay region.

The meals will be prepared by some of the area’s most talented chefs who emphasize local ingredients, and they’ll provide a chance to get to know fellow foodies from all around the Santa Cruz, Monterey and San Benito County area—and to have a lot of fun! Some of the events will be benefits; all should help nurture our community of conscious, enthusiastic local eaters.

Tickets for the dinner at Lokal, which is in Carmel Valley Village, may be purchased now by clicking on the PayPal button below or on the Edible Monterey Bay home page. The tickets will be $55, not including tip, for the three-course meal and wine pairings with the meal. Seating will be limited, so we recommend that you reserve your spot now.

As we reported in our preview of Lokal, published on the Edible Monterey Bay blog last August, the restaurant is being launched by Brendan Jones and Matthew Zolan.

Jones has already made a name for himself as a creative and talented chef through the inventive dishes, like Wagyu Beef Tartare with Tarragon Ice Cream, which he developed at the Cachagua General Store (CGS), a local icon run by Jones’ father, Chef Michael Jones, a local icon himself who also operates the highly regarded Moveable Feast Catering.

Aside from working with his dad, Brendan Jones has cooked locally at the Masters of Food & Wine, in France and, most notably, alongside other budding young talents from all over the world when he apprenticed with Andoni Luis Aduriz at his two-Michelin-star Mugaritz of Errenteria, Spain—one of the world’s most renowned restaurants. So not surprisingly, a Spanish and Japanese focus on ingredients and simplicity is evident in Jones’ creations.

Addicts of the locally and sustainably sourced delicacies at CGS will be glad to hear that Jones plans to offer at Lokal such familiar dishes as the tartare, as well as his own treatment of sardine bocadillos and roasted bone marrow. And customers can expect the same steady stream of newly created, seasonally driven dishes that they’re used to Jones providing.

Among the new dishes that he’s thinking of offering after the restaurant opens later this month are Duck Confit with Braised Pork Endive and Quinoa, Steamed Buns with Pork Belly and Burnt Caesar Salad with Asiago Lollipops.

Zolan, meanwhile, is handling the front of the house, and the aim is something entirely Lokal’s own: a hip, yet earthy, atmosphere that will be part laid-back Carmel Valley and part high-concept Momofuku Noodle Bar, the New York restaurant owned by celebrity chef David Chang, which is one of their inspirations.

The interior design that Zolan—a restaurant and film industry entrepreneur with whom Jones opened a popular bar when they both lived in Prague—has come up with is an unpretentious and inviting reinvention of the former Chatterbox restaurant, featuring polished concrete floors, indirect lighting, one wall clad with chalkboard paint and another, reclaimed fence wood.

A 28-foot-long reclaimed wood bar and an adjacent beer garden set to open by summer will pour only locally produced wines and beer—with the exception of Czech Pilsner Urquell.

The restaurant is sure to be unique to our area, but like CGS, it will keep markups on the food and drink modest, the style bold—and it will welcome any walk of life with a passion for stellar food.

To purchase tickets for the Supper Club, which will be $55, please click here:

For more information on Lokal, which will be open for dinner Thu–Sa, brunch Su and breakfast and lunch M–F, go to Lokal’s Facebook Page: www.facebook.com/lokalcarmel. Also see the story published by Edible Monterey Bay in August, as well as our profile of the Cachgua General Store.