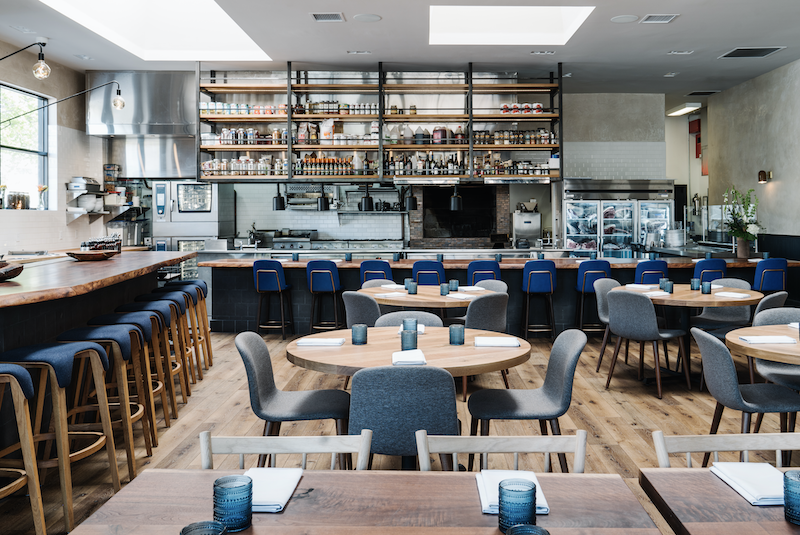 September 22, 2020 – The violent and racist events that transpired at Alderwood Restaurant in Santa Cruz last June left a bad taste for all those involved.

Now Alderwood leadership is ready to re-engage with its customers and staff with renewed depth—and extend best practices that should really be part of employee training industry-wide.

“Because we feel strongly that it is important to stand against hate, we banned every patron involved in the incident (whom we had no prior relationships with) from the restaurant for life. Furthermore, we fully cooperated with the Santa Cruz Police Department’s investigation of the incident,” read a statement issued by owner Ahmed Hamdy and the Alderwood Family.

The SCPD were originally dismissive of my pursuit for follow-up information on the incident that resulted in the firing of an off-duty sous chef and mass resignation of other staffers in solidarity. But after a number of calls the department’s spokesperson told me that they’ve passed along an incident report—case number 20S-03478—to the Santa Cruz County District Attorney’s Office, where it will be reviewed by a prosecuting attorney to determine whether charges will be pressed against anyone involved.

General Manager Mike Falco responded to our questions by email, saying, “In instances like this, you always wish you could go back in time and do anything to prevent the situation from happening. Unfortunately, horrible things were said and violence ensued. We wish we could have intervened in the altercation sooner, but we had no choice but to make the decisions we made in light of what transpired.”

While former staffers and some in the community are still concerned that Alderwood’s internal investigation was insufficient and the firing of sous chef Paul Suniga was unwarranted, Falco said: “We did speak with staff who were working that night, and we got accounts of the incident from those staff members. We based our decision on an exhaustive review of accounts, video footage, and ultimately our zero tolerance policy on violence.”

(Note: Restaurant management did not consult with many staff present for weeks after the incident occurred.)

Falco said the restaurant is investing heavily in re-training staff in conflict resolution, de-escalation, and overall restaurant security to be better prepared to respond to any future challenges.

“We are structuring the trainings in house with professionals from various fields. We are going to have our entire staff participate in all of the trainings, starting with de-escalation training conducted by a sergeant from the Santa Cruz [Police Department]. We will also be engaging in a diversity/anti-racism seminar conducted by a professional from the Diversity Center of Santa Cruz County, as well as anti-violence and harassment training,” he added.

The refreshed menu (for now, take-out only) changes weekly and follows a three-course prix-fixe format.

“We love this community, and we’ve wanted nothing more than to get back to  serving our friends, our neighbors, and first-timers who we hope to see over and over again,” said Falco. “Without a doubt, the most fulfilling part about reopening is getting to cook for our guests again. We take great pride in providing our patrons with an  amazing plate of food in a welcoming and inclusive environment.”

On bringing back employees: “Staffing is going great! We have a lot of great team members who are ready to get back to work.”

Back in the early days of COVID, one of the ways Alderwood navigated challenging safety protocols was putting up heavy roll-away walls between tables. Some of those walls ended up being used to threaten a diner involved in the fight and ultimately contributed to the confrontation that erupted.

Now taking down the invisible walls between an alienated community, frustrated employees and a restaurant hoping to do right by all concerned presents priority number one.