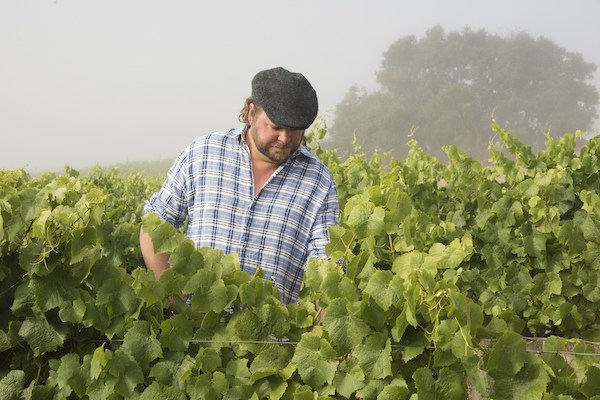 October 29, 2019 – As is often the case in family owned businesses where not all the members are as keen on the particular product as others, Cima Collina winery is closing its doors after 18 years. Winemaker Annette Hoff announced in a recent email and on Facebook that the winery is shutting down production, although the tasting rooms in both Carmel Valley and Marina will remain open through the end of the year. When Dick Lumpkin, the tour de force behind Cima Collina winery passed away this past spring, the family opted not to continue the brand. And so another chapter in Carmel Valley wine history is coming to a close.

Lumpkin first planted vines at Hilltop Ranch in Carmel Valley in 2001, with three acres of Pinot Noir and a half acre of Pinot Gris. He and winemaker Annette Hoff, teamed up to create the first vintage of Cima Collina (which roughly translates to hilltop) in 2004.

They expanded the portfolio of the winery by purchasing fruit from select sites throughout Monterey county, among them, Tondre Grapefields, from which some of Hoff’s most memorable wines were sourced. The Cima Collina tasting room opened in the former creamery building in Carmel Valley Village in 2012.

Flash forward to October of 2019. The Marina production facility is now in the process of being occupied by Garrett Bowlus of Albatross Ridge, who first found out that Cima Collina was looking to shutdown in late August. “The landlord was looking for a new tenant, so it worked out really well. We’d been looking for three years and frankly, I’d kind of given up, because zoning is so tough in an urban setting.” He says they looked at Salinas, but struck out. He’s really happy to be in Marina.

They still have to sort out what tanks and equipment to keep. At some point, the wines he has in tank and in barrel will be transferred there from the current winemaking location at Joyce Vineyards production facility. He has wine in concrete tanks and amphora and is planning to rack some chardonnay into amphora in the coming weeks.

Says Garrett, “We’re so excited to have this opportunity to have our own space. It’s always a dance during harvest when you’re in a shared facility. Now we can focus on micro-lots. I’ve had the opportunity to do multiple picks over 2 to 2 and a half acre blocks this year, which I’ve never been able to do. So, we will have far more options in blending wines and in offering our customers individual clonal selections by blocks. I am doing more whole cluster and other winery experiments.”

The new facility couldn’t come at a better time.

The 20-acres Albatross Ridge Vineyard in Carmel Valley has reached its full production capacity at about 2 tons/acre, with some sections producing even more. He says this is the best yield they’ve had to date, but doesn’t expect this to happen every year.  Albatross Ridge will be making 4500 cases in 2019, which is just about the capacity of the new Marina facility.

Meanwhile, Garrett’s father, Brad, is working on taking over the lease of the Cima Collina tasting room in Carmel Valley Village. “He called me the other day and said we had a deal,” says Garrett. “We’re stoked to have such a fantastic property for a Carmel Valley location. I couldn’t ask for a better tasting room location than the old creamery.”

They are hoping to seamlessly transition into the Carmel Valley Village location in the New Year, once Cima Collina wraps up sales at the end of the calendar year. They plan to do some painting and roof work, but otherwise, not much will be changed physically.

Albatross Ridge will continue to operate the Carmel-by-the-Sea tasting room as well. “We love love love Carmel! That has worked out so well for us. Carmel Valley Village is a great extension of our brand. We do have some club members out to the vineyard for tastings, and it will be a lot easier meeting them at the Carmel Valley tasting room and then escorting them 10 minutes to the vineyard.

Bowlus is quite bullish on the future. They plant to install between 5 and 9 acres of new blocks of chardonnay and pinot noir on their current Albatross Ridge property in the early spring. He’s also thinking of putting in some Trousseay Gris. He’s planning to plant “uber vines,” which are already trained to a height of 30” and are ready to set up on wires. This cuts the wait time to harvest a decent crop by one full season.

Cima Collina will continue to operate both tasting rooms until the end of the year.  Hours at the Marina tasting room are Friday, 5-7pm, Saturday, noon to 7pm and Sunday noon to 5pm – and by appointment. The tasting room in Carmel Valley Village is open for tasting Thursday – Monday.

They are currently offering 40% off all case orders of current release wines: https://cimacollina.com/our-wines/

In Annette’s farewell note on Facebook, she says, “Thank you friends, customers, partners, and the local community for inspiring me to explore new, intriguing varietals and continually grow my passion towards winemaking. – Annette Hoff, Winemaker & General Manager